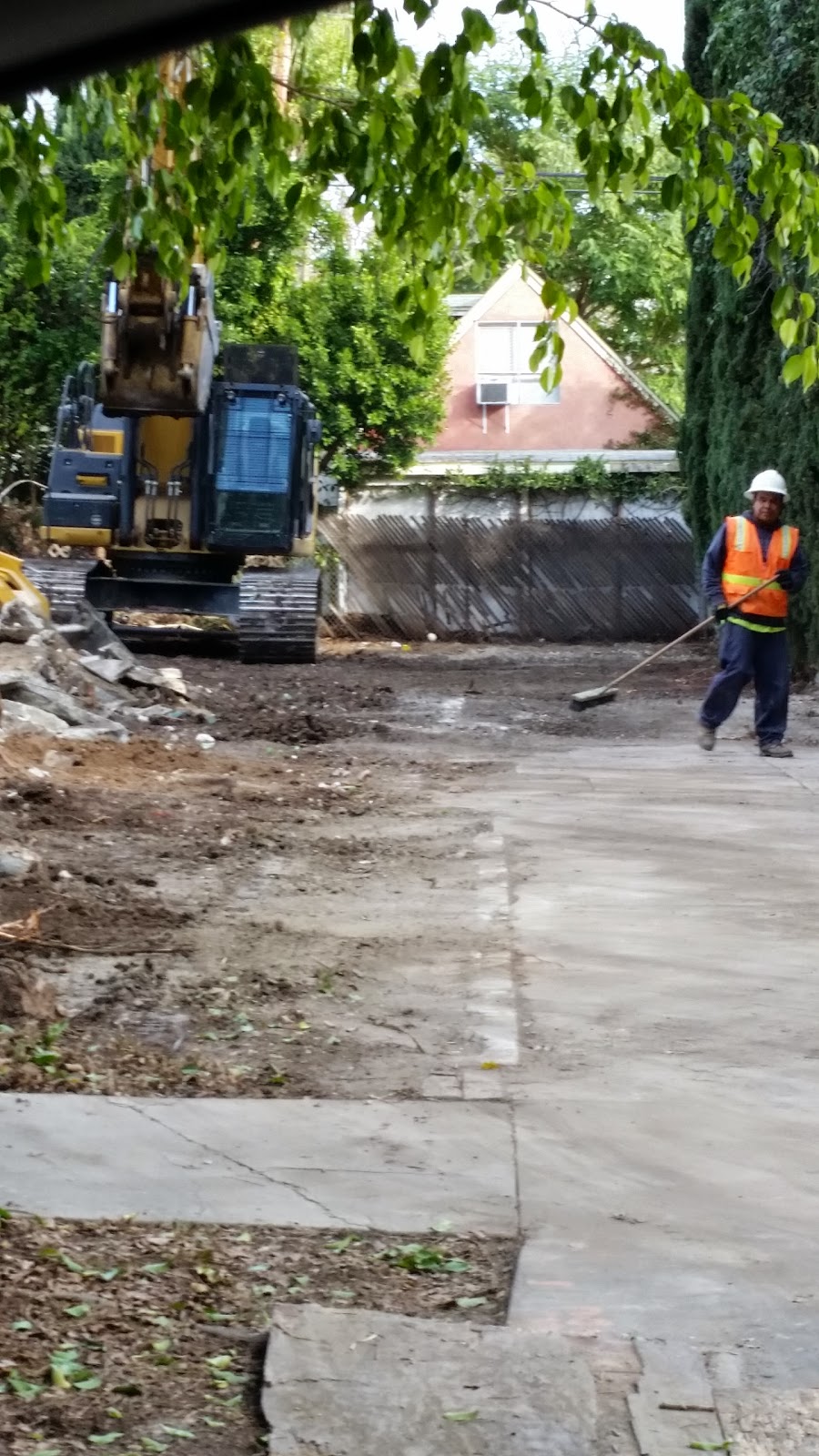 So, in lieu of having a heart attack, I thought it might be more constructive to document the bullshit going on in our neighborhood. This morning, the 75 year old house directly behind us was razed to the ground in about two hours. Disgusting, right? Now the lovely people who are doing this are uprooting trees that line the three borders. I snapped that picture from the front of the used-to-be-1924-house -- it stood where you see all the dirt; that's the driveway that the guy is sweeping, that red peak is our garage on the other side of the fence. At some point after 12:00, when I was leaving the wonderful Dr. G's office (who provides us with our medical marijuana card! It's been one year and we had to have it renewed!), I received a very tearful call from Oliver. He was beside himself, in agony, really, because they're cutting down all the big trees!

I still had to drive all the way home, and I did so wishing that my southern Italian ancestors would somehow materialize and take care of things. When I reached the street where the devastation was occuring, I made out who were workers and who was a boss. I was tempted to take a photo of the guy in charge, but to tell you the truth, I felt a frisson of not just disgust but fear. He was --- well --- large. In every way. He was smoking a big, very fat cigar and talking on his cell phone when I pulled up in my sexy white Mazda and rolled down my window.

So, are you in charge here? I asked in my lacrosse/disabled kid/homeschool mother voice.

Reader, he didn't even take the cigar out of his mouth, and like someone out of central casting just down the road in Hollywood, he said Yep, and I said, It would have been nice if you'd let us know you were taking out the trees and the fence, and he said nothing and shrugged his big ass shoulders and continued talking on the phone so I rolled up my window, put the pedal to the metal and tore around the corner and into my own driveway where I proceeded to race to my computer with my sons and google stinkbomb.

Just kidding on the last part.

Posted by Elizabeth at 6:48 PM