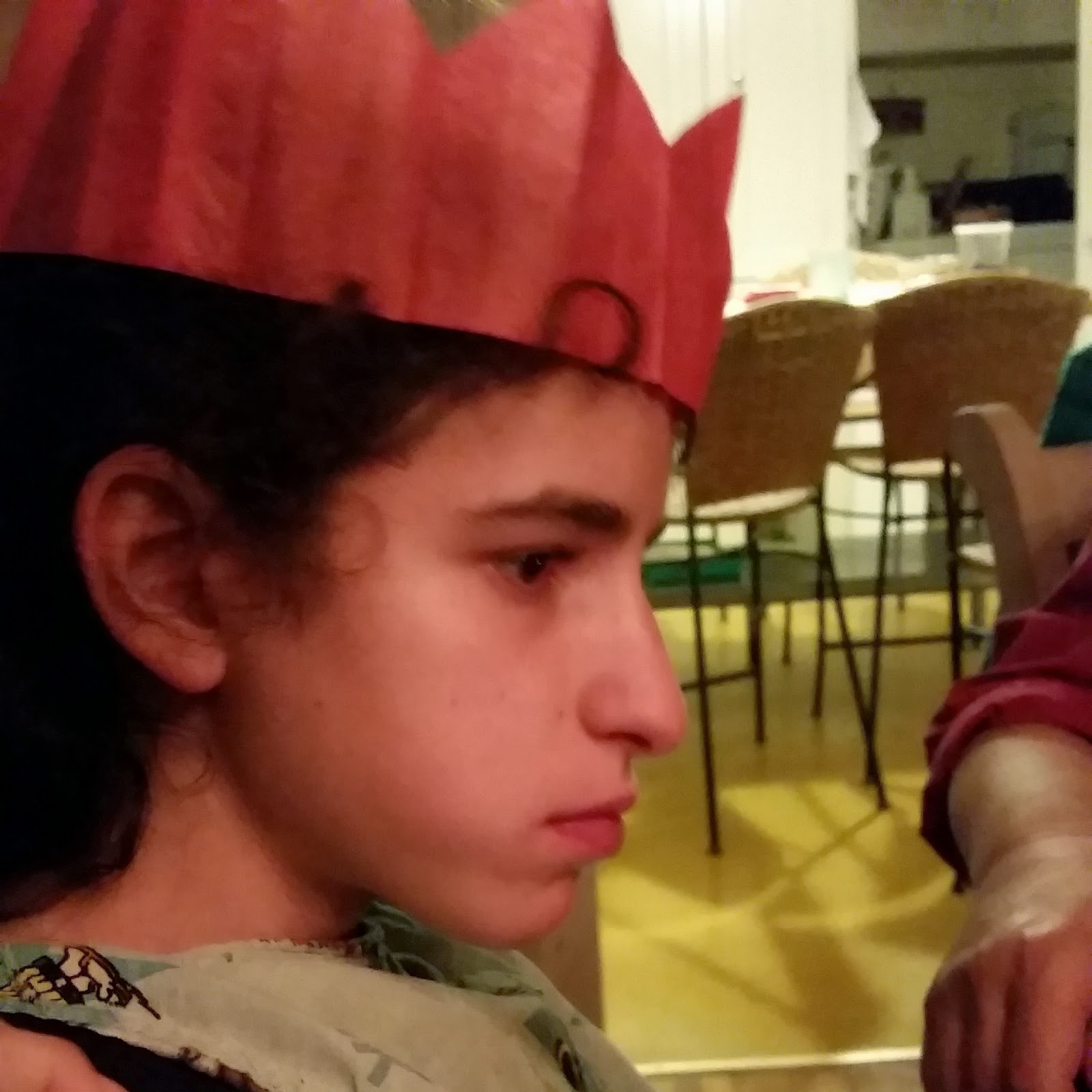 The urge to take it all down has to be tamped because I just don't have the will to do so, and Oliver who would ordinarily be the one to help has left for a week for Switzerland with his father. Diehard readers might remember last January's fiasco, when his passport didn't arrive in time, so his open ticket is being used at this moment. It will be a quiet one in Los Angeles -- just me and Sophie and Henry, and Henry will be using his father's car to ride around the shitty with his new license and his girlfriend. What to do? What to do? What to do? I ate an egg and a piece of toast and four Pecan Puffs. I ate a salted caramel and a bite of nougat. I sat in bed for hours and continued to read Strange Pilgrims, marking it with post-its -- such beautiful passages to share with the salon I'm hosting in January. I dressed Sophe in the sweater and jeans I bought for her for Christmas, told her that she looked beautiful and kissed the tip of her nose. I had the fleeting thought that though near twenty years, no boy will ever drive all over the shitty to pick her up and take her places, admire her clothes and kiss the tip of her nose. Sigh. It was fleeting. Everything is fleeting -- even the dudes in the dirt pit that used to be the house behind us, their Bobcat moving and dragging the dirt, digging holes, building illusory foundations. The day is chilly and the sky is blue.
Posted by Elizabeth at 12:10 PM