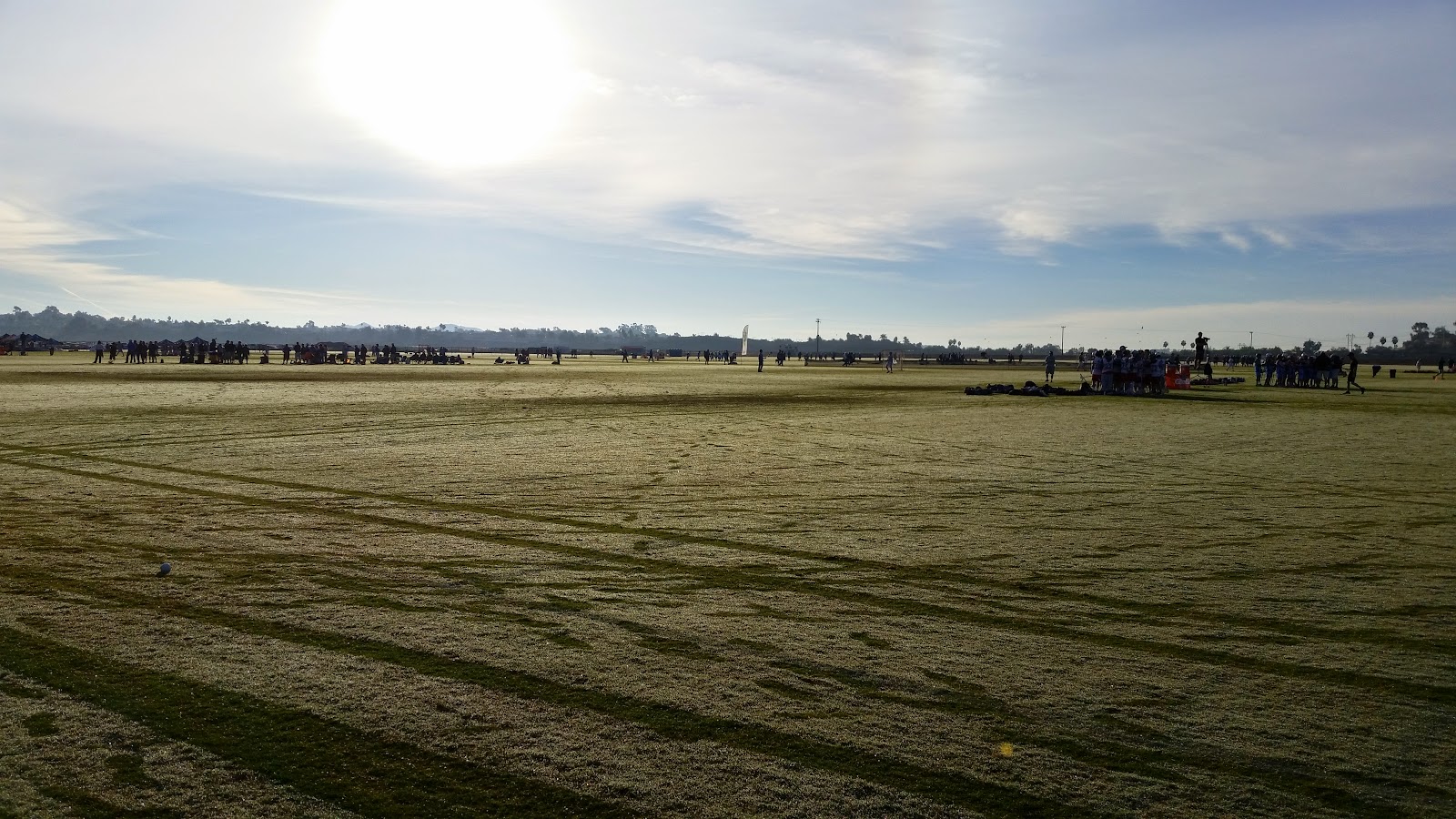 It was a glorious morning in Oceanside, and this particular morning Henry and I had the arguable privilege of seeing the sun rise. The skies heading down were watercolored in sorbet tints, and with the water glinting blue, despite my fatigue, I felt grateful to be awake and alive on the west coast at sunrise in December. Of course, several hours later, I continued to work on my unibrow***, this time paying careful attention to the various fathers screaming at their sons. I noted three distinct expressions that were shouted in the general direction of the players in various tones of distress:

GET IN THE HOLE!

GET IN THE CREASE!

With the exception of the last, I still have very little idea of what the other two commands might signify, but please -- no spoilers. I prefer to remain ignorant, perhaps proudly so. That way I can just beam and admire my son's exploits on the field with little knowledge of anything that he's done wrong or right. And since he plays defense, there's little chance that I'll know anything anyway as his chances for making a goal are slim, and I do know when a goal is scored. I also know that after a goal, there's this thing called a face-off where two boys from opposing teams kneel or almost kneel in the turf and do something hidden with their sticks trying to gain possession of the ball. I think it's the lacrosse version of flipping a coin if there's such a thing as a skilled coin flipper. Henry occasionally stands on the side in a racer sort of position with his stick at the ready during this maneuver, and as soon as the ball moves, he runs onto the field and around a little bit and then off. I asked my neighbor sitting in a nifty hammock-like chair today, what, exactly, that move was called, but I couldn't understand his explanation (there's always a lot of mansplaining in sports, hence my analogy of growing a unibrow***). Here's what I'm talking about: 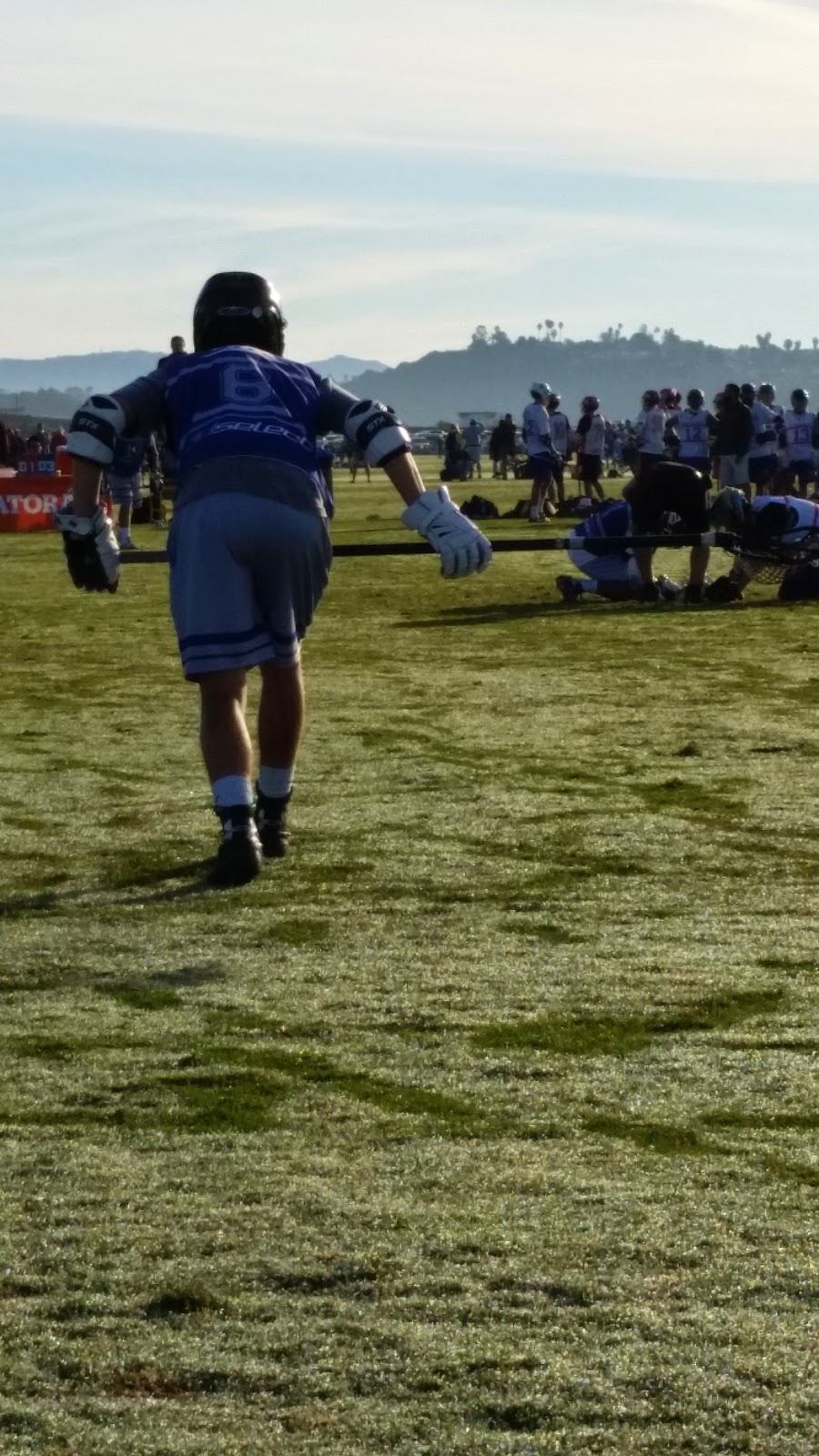 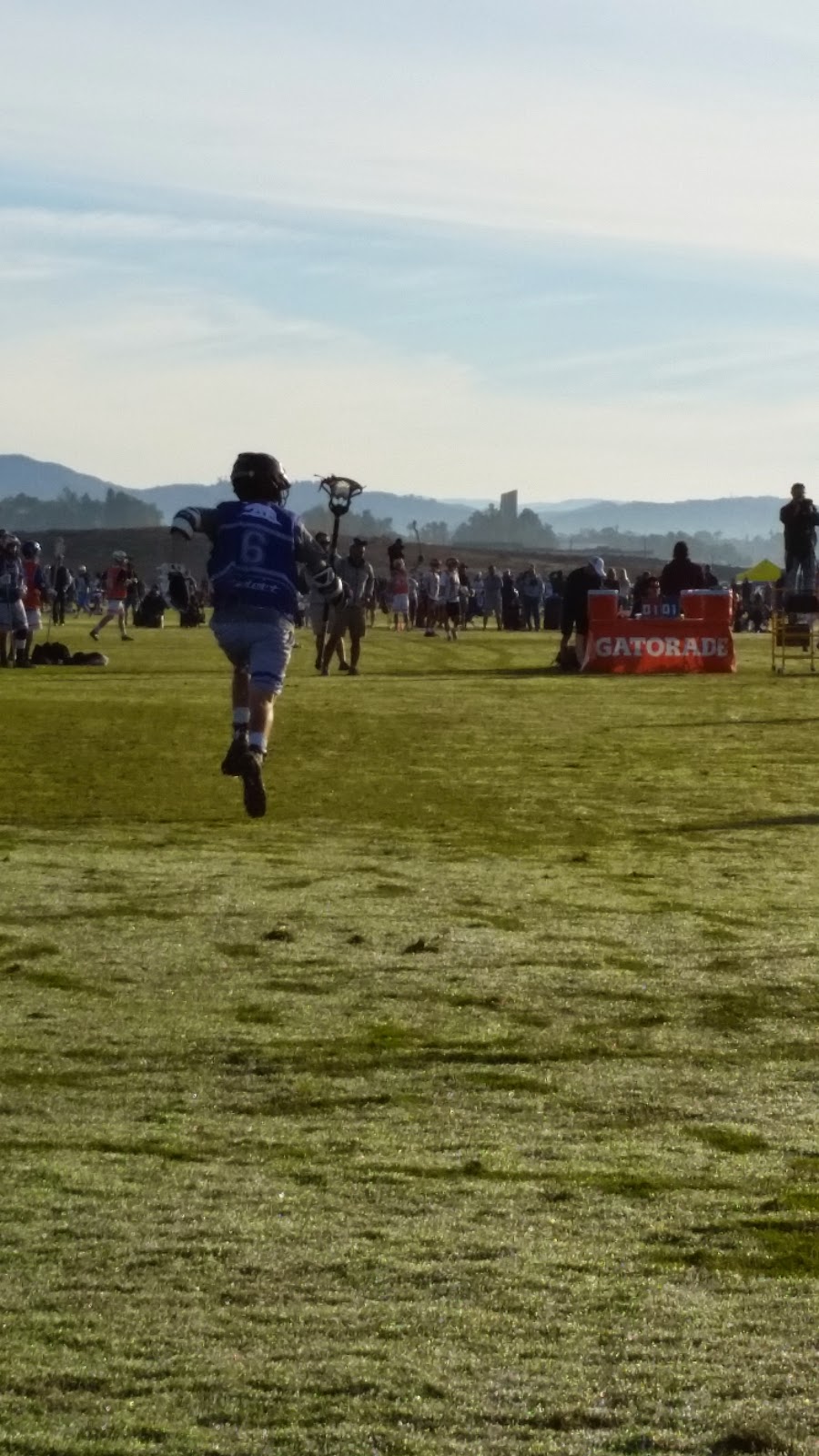 I'm glad that I got those photos, so if you're a lacrosse fan and really want to express yourself, please feel free to leave a comment. Yesterday, I believe someone left me a comment about their own son being one of those kids that lies down on the field and tries to get possession of the ball. Please know that I laughed aloud and so appreciated your ignorance and commiseration! I did have a wonderful little sports family around me this weekend, fortunately -- three terrific women and their terrific sons who might be younger than Henry but whose mothers know vastly more about the game than I. All in all, Henry's team played five games, lost three and won two. The lost games were very close and very exciting, and everyone seemed happy when it was all over, so I was, too.

Reader, it's only five more days until the Los Angeles Jamboree in Escondido! Stay tuned!


***I posted a selfie of myself on the field this morning on Facebook with the caption that I was growing a unibrow for the second day, and I was greatly amused by several comments insisting that I hardly had a unibrow, that I was far from growing a uni-brow, etc. etc. I think my metaphor was a poor one as I intended to demonstrate just how boring sitting on lacrosse fields for hours and hours can be (except, of course, the glorious moments when my son plays) -- it seems interminable to a person with no sporting ability or interest, akin to growing a uni-brow. 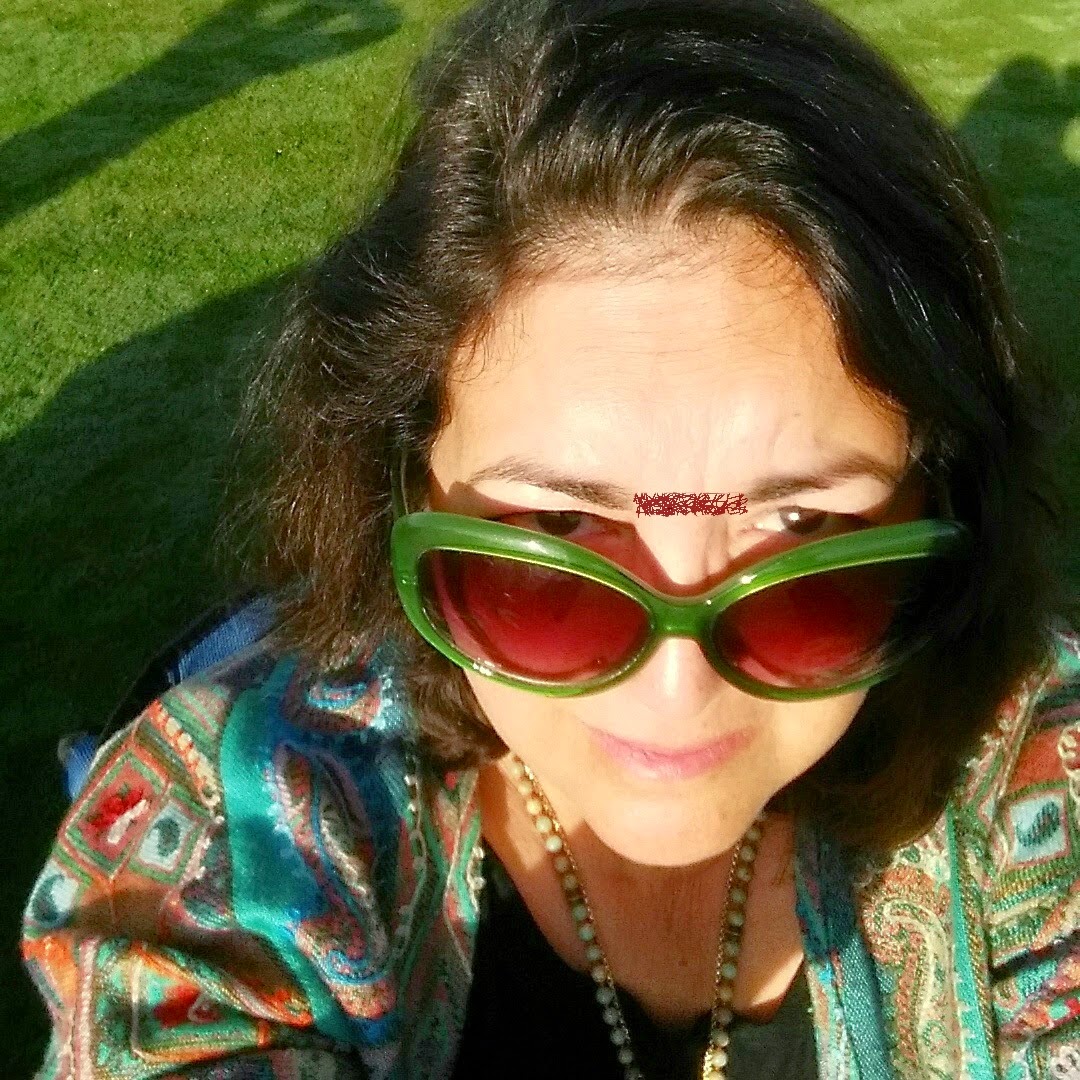