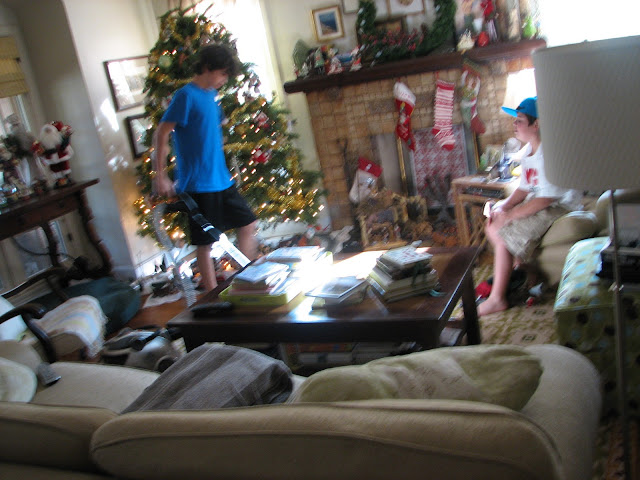 The Mother should ask The Brothers to emerge from the Video Playing Den and vacuum the living room floor. One boy was jabbed by the vacuum by accident so he screamed in "pain," only to have the other boy laugh aloud instead of apologizing. Adele wailed in the background, over the vacuum and the crying and yelling, so The Mother had to raise her voice to even higher decibels and inform The Brothers that they were acting like jerks to each other and spoiled brats to The Mother. The Mother's voice crescendoed and then stopped. She took The Silent Girl out of her wheelchair and walked out the front door. Her neighbor, Tom The Father of Four Children, was across the street, and when The Mother asked him whether he had heard her screaming at The Brothers, he nodded and said I was cheering you on.
Posted by Elizabeth at 8:54 PM