It was a good Christmas,

and there was much to wish were different, but there was also much to be grateful for. I walked slowly with Sophie right behind an old woman and saw the similarities in their steps, their fragility and labour, but Sophie's curls lay softly on her shoulders where they had been so beautifully arranged by Mirtha an hour before. The Husband spent all of Christmas Eve with The Mistress, but my children were with me, oblivious to anything but excitement and anticipation. Sophie had a huge seizure as we walked out of the doorway of my friend's house, and she lay on the floor jerking with me kneeling beside her, but two knights in shining armor picked her up and carried her, gently, to the car. It's a Wonderful Life seemed a little too long for the boys and a little darker than  it ever had before to me, but it was interrupted by a group of carolers, neighbors whose voices rose in the air clear and harmonized. The morning came much too early, but there was much joy as presents were unwrapped and coffee was sipped, chocolates from stocking consumed before breakfast. It's the day after, now, the house is a mess, the candles melted down to clumps of wax, and leftovers crowd the refrigerator, but the sky outside is clear blue, twisted branches with clinging yellow leaves and what seems like a hundred tiny birds in the pots outside my bedroom, sitting among the lemons. 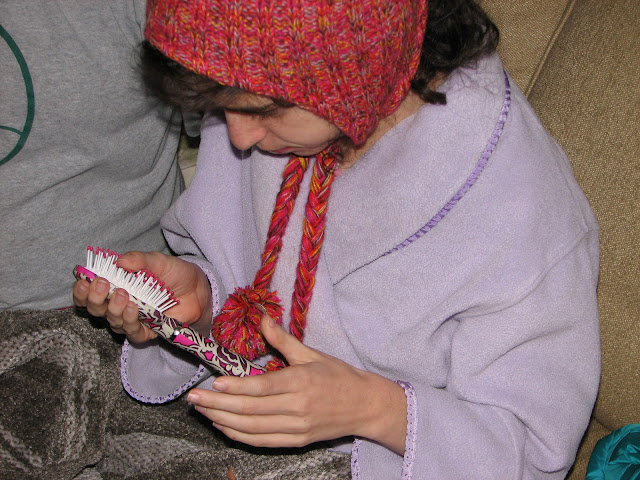 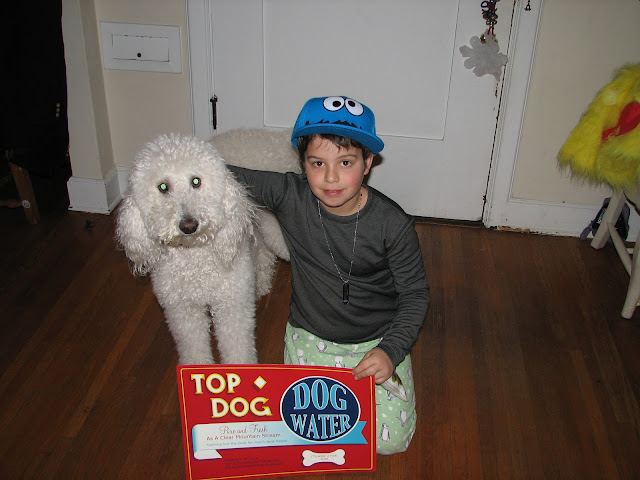 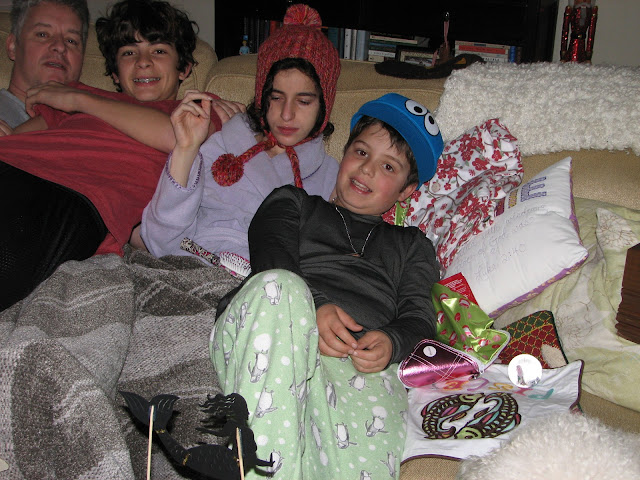 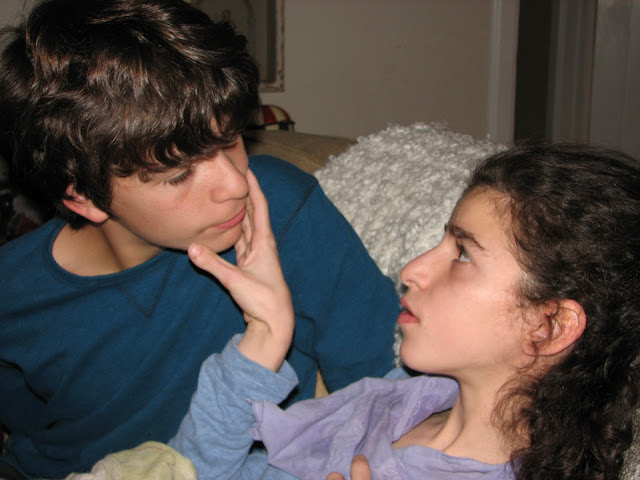 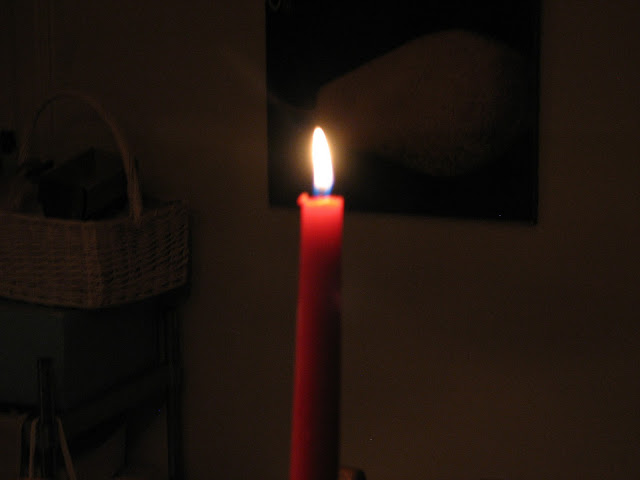 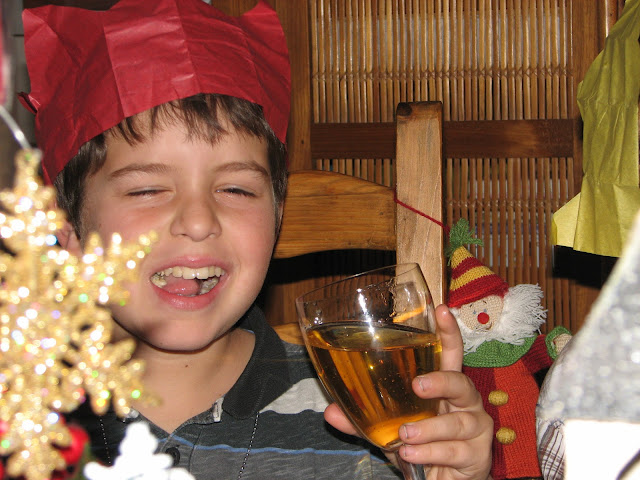 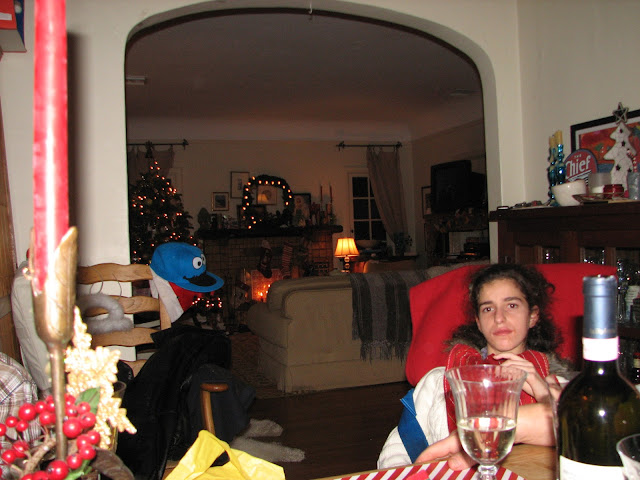 Posted by Elizabeth at 3:37 PM