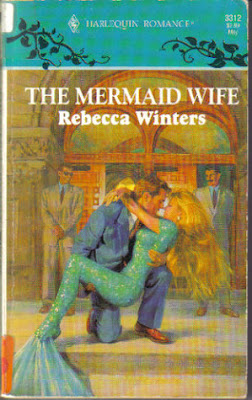 I have a friend who jokingly says that instead of reading real books, one could read about the books in the New York Review of Books and get by. After spending four hours at the lacrosse field today, bundled up against the early December California cold, I collapsed on my bed tonight and opened the December 8th issue of the Review and started flipping through. Generally I skip the reviews of history books, the discussions of Islam at the Met, the biographies of obscure World War II generals and convoluted economic theory and head straight for discussions of poets or great literary figures. I once sat, enraptured, reading about a perverse lion in Africa who copulated with dead lionesses and otherwise acted as no natural animal might. That article showed up months later in an anthology of the best American essays, a fact that I felt a bit proud of -- like I'd somehow discovered this weird and wild thing. I know you're probably shaking your head that I'd collapse into bed with such reading fare, and while I do consider myself a bit of a literary snob, I don't want you to feel intimidated, so I'll also confess to consuming huge quantities of romance as a teenager. I joined reading clubs like an addict (remember Book of the Month? Quality Paperback?) -- for at least two years I received a carton of eight "novels" from the Harlequin Romance Book Club every month, books that I read alongside the more rigorous Austen and Faulkner and Knowles and Bronte and Salinger.

Where am I going here? Oh. I'm collapsed on the bed, and this particular issue of the Review is sort of dry; I'm  flipping through it, really, secretly glad to be doing so as they tend to pile up, and this one doesn't look like it's going to have anything that's going to interest me, when I started reading a review of Michael Lewis' nonfiction book titled Boomerang: Travels in the New Third World. The reason why it caught my eye is because the title of the review itself was written in large type at the top, How We Were All Misled, and underneath is a photo of the leaders of France, Greece and Germany. A small bankrupt town in California is also mentioned in the review, as is our former governator, Arnold Schwarzenegger. Lewis' book explores the collapse of the European economies, including Ireland, Greece and Iceland, but he draws on the American one as well, and it was all very interesting and very edifying and very terrifying, too (but not as interesting, edifying and terrifying as the Satanic lion).

Reader, I read the entire review (written by John Lancaster) and now feel as if I don't need to read the actual book (written by Michael Lewis). I'm thinking, too, that perhaps if you're reading this post, you don't have to read the review or the book! How neat is that?

Here's an excerpt that I found the most compelling, toward the end of the article:

I think, though, that the failure of responsibility was linked to a failure of agency -- the individual's ability to affect the course of events. An enormous number of people today feel as if they have very little  economic agency in their own lives; often, they are right to feel that. The decisions that affect their fates are taken far above their heads, and often aren't conscious decisions at all, so much as they are the operation of large economic forces over which they have no control -- impersonal forces whose effects are felt in directly personal ways.


It is difficult to feel responsible when you have no agency. many of the people who did stupid things -- who did things on that 0-10 scale -- did so because everyone around them was doing them too, and because loud voices were telling them to carry on. The Icelanders who bought cars with foreign currency loans were sold them by financiers who promised that it was a good idea; the Irish who bought now-unsellable houses on empty estates were told, by builders and bankers and the state, that this was a once-in-a-generation opportunity; the Greeks who are, at the time of writing, furiously rebelling against austerity measures were falsely told that the state could afford to look after them, and arranged their lives accordingly.


The collective momentum of a culture is, for more or less everybody more or less all of the time, overwhelming. This is especially true for anything to do with economics. The evidence is clear: it is easy to mislead people about money, and easy to lead members of the public astray both individually and en masse, because when it comes to money, most of us, most of the time, don't know what we're doing. The corollary is also clear: the whole Western world misled itself over debt, and the road back from where we are goes only uphill.


The whole notion of failure of agency is what fascinates me, and I'm going to think about it -- later. I don't know about you, but if not a bodice-ripper, I'm at least going back to my Michael Ondaatje.

Posted by Elizabeth at 7:08 AM