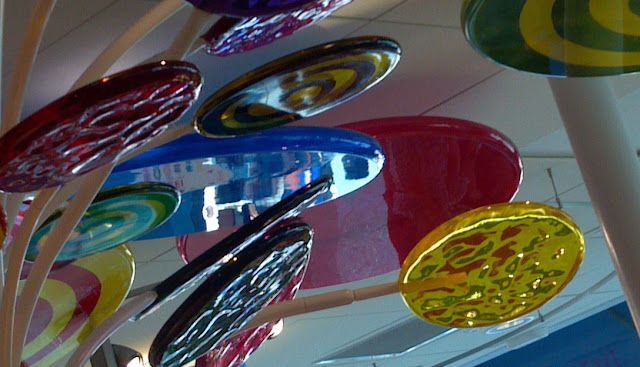 Our local outdoor shopping mall just opened a Dylan's Candy Bar. I was suckered into going by my sons, the resident Candy Hounds. 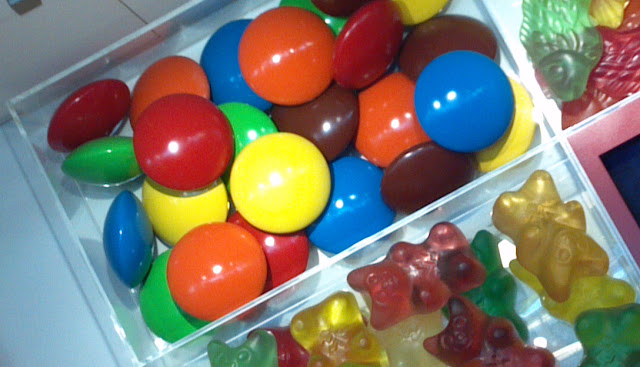 It was a nightmare of epic proportions for a person like me. 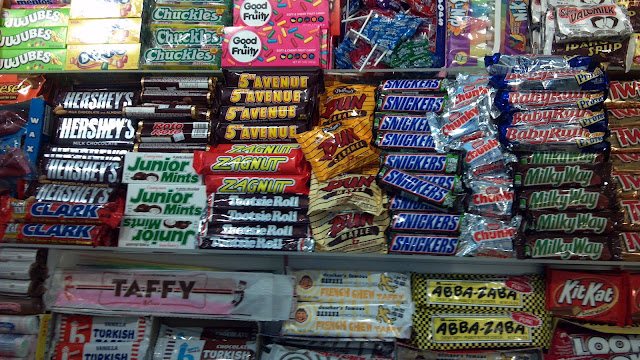 Extremely loud show tunes were playing -- Julie Andrews singing Mary Poppins stuff; Shirley Temple singing On the Good Ship Lollipop. It was so outrageously loud and frenetic that I I froze in place, right by a giant display of Dots. I began to weep. 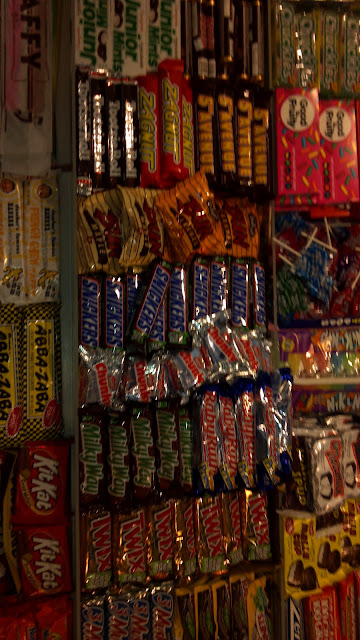 Just kidding. I felt like weeping, though, and instead morphed into a crazy old lady. I stood at the register with my sons, ringing up their bags of candy and could hardly hear the cashier over the cacophony. I told her, in a loud voice, that they should turn the music down!, that it was making me crazy! She looked at me and nodded. I might have said I can't imagine working in a place like this!

I've got to get out of here, I muttered and didn't notice how the boys were inching away from me. 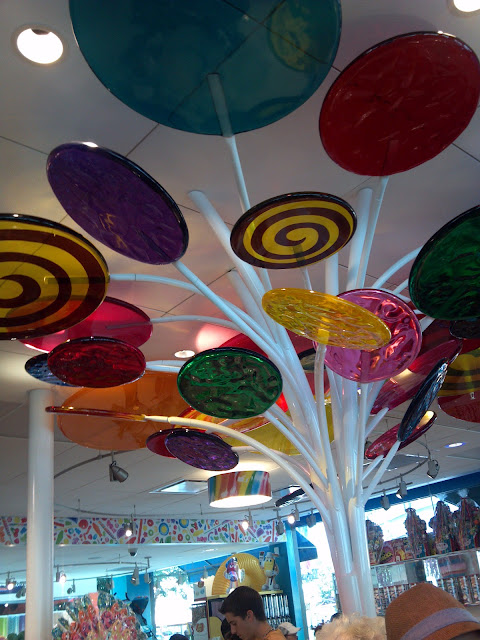 When we walked outside into the blessed, relative silence, I felt such relief that I wept profusely again.

Mom! You were so rude! Oliver said.

I acted surprised -- and not a little hurt -- and then I realized and acknowledged that I actually was -- rude and embarrassing. I realized, too, that I'm not too far away from being one of those old ladies at Fairway in New York City who tell people jesus christ! hurry up and then bash them with their shopping carts.

Posted by Elizabeth at 2:55 PM