I take back my pledge not to donate any money to a political campaign. 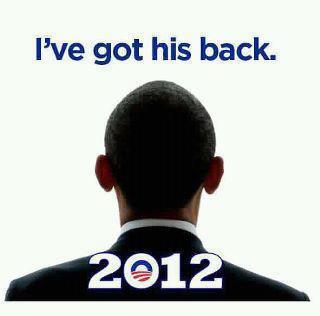 Yup. I'm as flip-floppy as Mitt Romney, apparently. After deriding the grotesque amounts of money being swung around this election -- on both sides -- while apparently the country is drowning economically, I listened for one tiny moment to Paul Ryan's speech, noticed how his hairline sort of resembles the evil Coach K's from Duke (maybe not the line but certainly the color, and forgive me, Stephanie, for slamming your beloved alma mater), read that nearly every single news outlet on both sides basically called him a liar and whipped out my beleaguered credit card when invited to do so by the Obama folks. Granted, I only donated $15, which will open up the floodgates of emailed campaign material if not help to tip the election, but I'm officially in. I'm also going to make a giant poster and wave flags next week in Charlotte at the DNC.

Now, I'm going to take some Vitamin C and feel ever so grateful that I have a sore throat and other indications of a virus, as opposed to what I had imagined earlier in the week when I just didn't feel so good.

Posted by Elizabeth at 6:01 PM