This is my closet, so small that I call it The Barbie Closet: 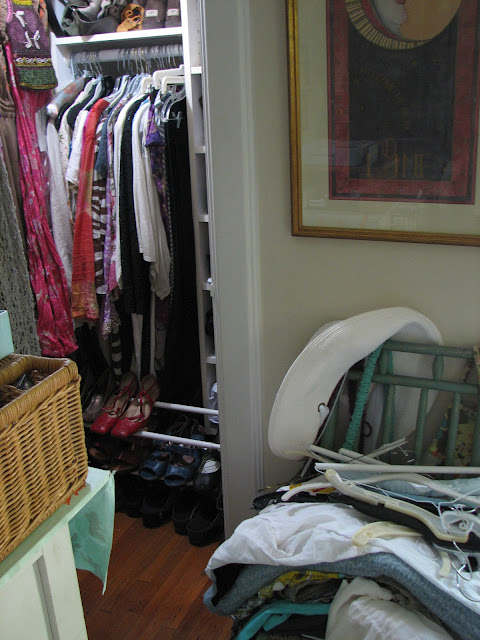 Today, on the eve of my 49th birthday and in lieu of doing laundry, I decided to clean it out. Because it only holds as much as Barbie might wear, I do this quite often; in fact, I believe I did a thorough cleaning out just three or four months ago. Astoundingly, I had stacks and stacks of clothing that I haven't worn in years, shoes that were smashed up toward the back, what appeared to be hundreds of wire dry cleaner hangers, crushed up purses and sweater belts rolled into corners. The thought crossed my mind that since it's Sunday, and the eve of my birthday, perhaps the universe was telling me something a la Loaves and Fishes style. Or maybe the Barbie Closet is really Ali Baba's Cave, filled with treasures, so many that a spoiled woman has no idea of the riches inside. 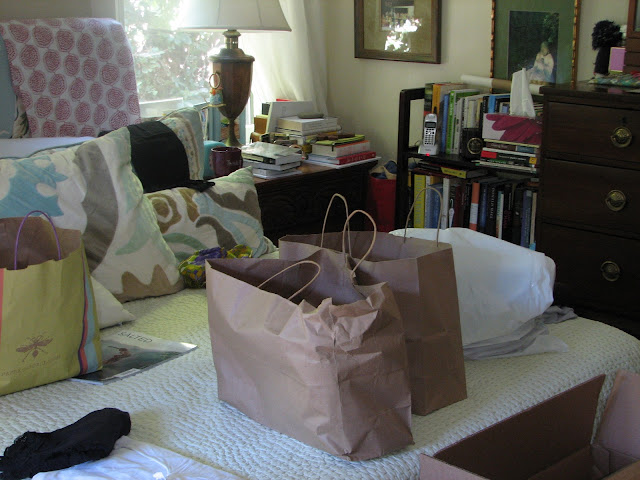 I organized the treasures into bags to be given away, thrown away and worthy of selling. Those worthy of selling will be moved into the back of my car with the other Worthy of Selling items that I culled from the cave three months ago where they will probably travel along with me for another several months. 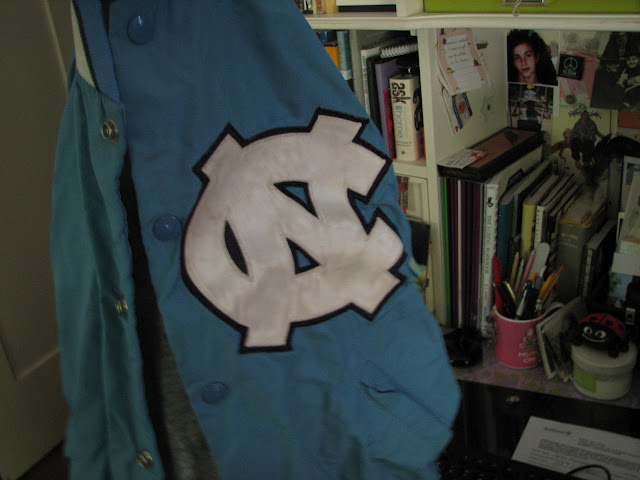 Whose University of North Carolina letter jacket is this? It's rather small, so I can't imagine it was an old boyfriend's. I believe it belongs to a long ago room-mate who played on the golf team at UNC. I've lost touch with her. Catherine? Are you there? Is this yours? 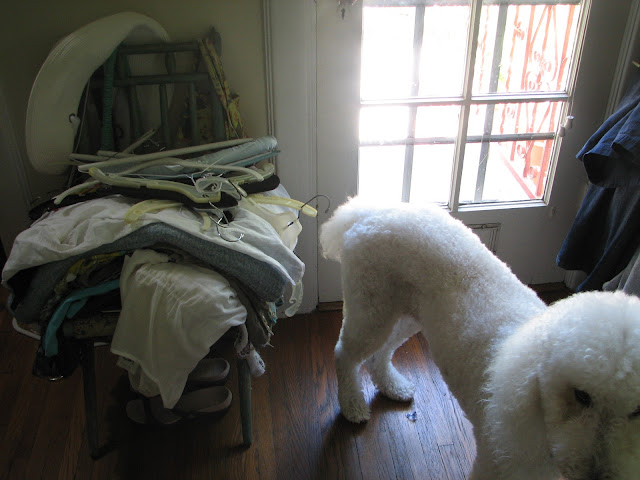 The hangers are obscuring a pile of clothes that I need to iron. These have been sitting there for almost the entire last half of the summer, another indication that I have too many possessions. The dog is Valentine who is a Standard Poodle and who recently got shaved down because of fleas. God forbid Valentine should stand in an area away from me. Perhaps she's just marveling at the endless amount of fish and loaves that keep coming out of the Barbie closet. 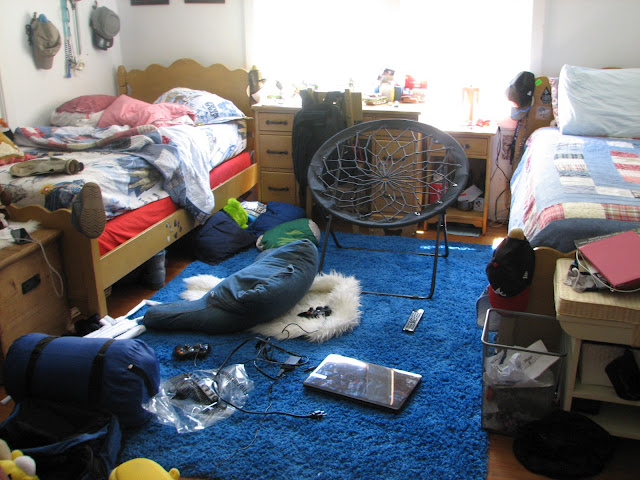 What do you notice in the above photo? Here, I'll zoom in on one side: 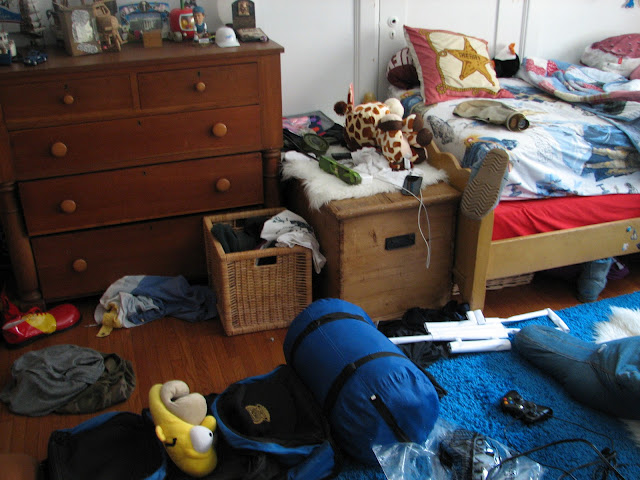 To be fair, Ken's closet is located in Henry and Oliver's room, and they are fairly squished together into their own room. But the state of affairs on one side of the room is shameful. I'm not going to tell you who's who and what's what, though, as that would be bad parenting and perhaps suggest that I favor one child over the other. But I'd love it if you guessed.
Posted by Elizabeth at 1:05 PM

Email ThisBlogThis!Share to TwitterShare to FacebookShare to Pinterest
Labels: cleaning, Henry and Oliver, Ken and Barbie