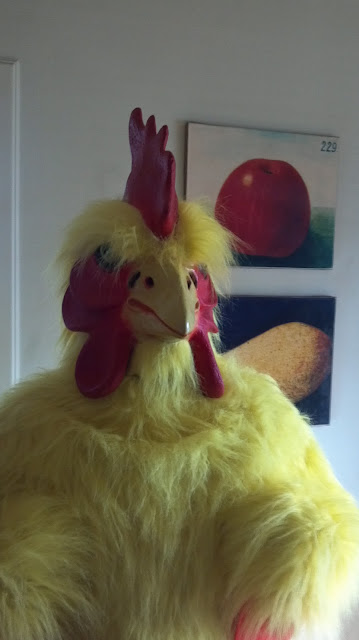 Evidently, I'm not the only one who is resorting to un-kosher means toward procuring drugs for one's epileptic child. In the comments I received yesterday after posting about my call to a Canadian pharmacy and in many private emails, I got offers from Canadians to pick up the drugs, offers from those who live in the Pacific Northwest to drive up there and pick up the drug, offers from Europeans to get the drug and send it, information from Americans using Mexican internet pharmacies where no prescription is needed, and efforts by my Rite-Aid pharmacy guy whose name is the name of a country to badger Medi-Cal about coverage. While fantasies of fleeing the country to Vancouver -- alone, on a plane!!! -- danced through my head, my inclination toward being an outlaw are mainly just that -- fantasy. I might be an outlaw at heart, but on the outside, I'm a chicken and a nerd. Before I go to Canada, I'm going to keep pecking and pecking at the powers that be in hopes that not only will the drug get picked up by insurance and Medi-Cal for Sophie but for the countless other kids who need it, too.

In the meantime, my father made the brilliant suggestion to order as much of the drug as I can and have it delivered from Canada before Friday when the law goes into effect.

When I went on my walk today, I mused about the frenzy of the past couple of mornings, all the calling and back and forth and anger and frustration. I thought about Big Pharma and its strangulating hold on healthcare and the proper role of medication for sick and diseased children and adults. I thought about how quickly conservatives throw around terms like "the marketplace," "vouchers for medical care," "free enterprise," and I thought above all, that if it's not bullshit it's certainly a bunch of chicken shit. I don't know what the answers are, and I certainly am going to keep on pecking around, but it all feels as ridiculous as that chicken suit one of my boys is wearing in the picture above.
Posted by Elizabeth at 12:43 PM