How We Do It, Part XVI in a series 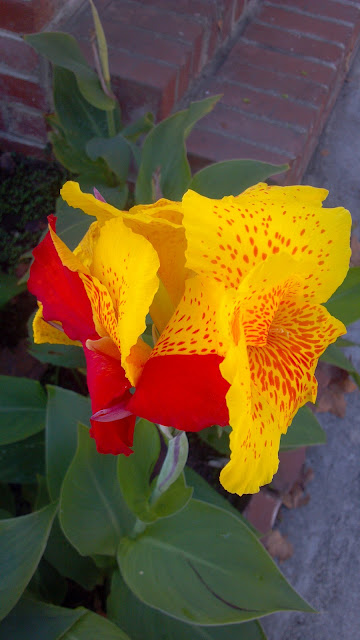 I pushed Sophie in her wheelchair through the heat of Sunday morning, determined to exercise, to go for a walk. She had been humming all morning, perhaps a stomach ache from the drugs, maybe not, because we never really know -- anything at all. A dress shirt lay crumpled at the curb and while it might have fallen out of a parked car or perhaps been dropped by an Orthodox Jewish woman carrying her husband's clothes to the dry cleaner, I chose to believe that it had been ripped off the man who wore it in the early hours of the morning by a woman, perhaps, who couldn't wait any longer. After dinner and a late movie, something dark and intense (depressing to some), she  looked out the window on the ride home, and when he put his hand on her shoulder, his fingers lay on her neck and it was just enough that when he stopped the car at the curb and reached for her, she began to unbutton his shirt and then started laughing when he said, Wait, so she stopped and he got out of the car and made his way to her side, opened the door gallantly and gave her his hand as she continued to laugh. His shirt was falling off his shoulders, and she pulled it off, dropped it there by the car door, and he pulled her toward the house. Sophie stopped humming when I picked up the pace, the sun beat down, yellow flowers speckled red appeared, her pale hand brushed against a prickly hedge and sweat ran down my back. We never really know -- anything at all.
Posted by Elizabeth at 2:00 PM

Email ThisBlogThis!Share to TwitterShare to FacebookShare to Pinterest
Labels: How We Do It, musing, Sophie, walking, writing