Making Cakes on the Autumnal Equinox 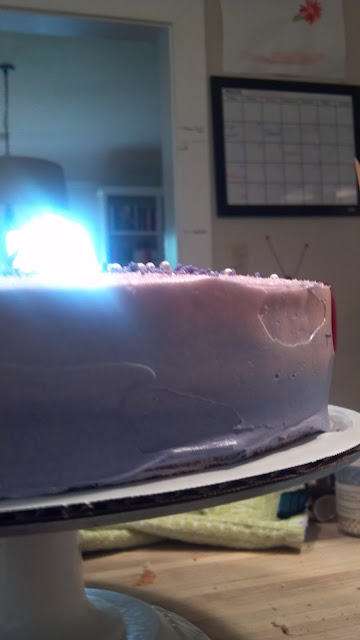 I don't have too much to report from Los Angeles. It's now a couple of minutes past the autumnal equinox, which I guess means the days will begin to grow shorter and if I weren't living in Los Angeles I'd be thinking more about dead leaves and cold and a shortage of green. I've just finished decorating a cake. I've another one to finish before the afternoon, and then it's on to multiple loads of laundry and a flag football game in the late afternoon. The air conditioner is humming, Sophie is sleeping after a giant bowl of oatmeal and berries, The Husband and Oliver are in the front yard selling junk, and Henry is hiding from them in his room. In lieu of this post sounding like a child's diary entry, I'll leave you with this poem:

A lady asked me
what poets do
between poems.
Between passions
and visions. I said
that between poems
I provided for death.
She meant as to jobs
and commonly.
Commonly, I provide
against my death,
which comes on.
And give thanks
for the women I have
been privileged to
in extreme.

-- Jack Gilbert, Collected Poems
Posted by Elizabeth at 9:15 AM