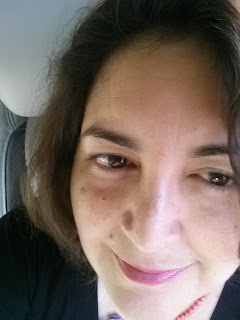 This morning, I threw on a sweater over my pajama pants, transferred my coffee from "my cup" into the travel cup and shepherded the three boys (one of whom is not mine) out the door and into the car. I noticed, as he walked ahead of me, that Henry's pants were hanging slightly too low and that the top of his boxers were showing. Henry, pull up your pants, I said, I can see your underwear. He pulled them down, exposing the entire expanse of his underwear and shuffled to the car while the other two boys laughed hysterically. When we were all settled into our car, I had the genius idea to tell them what might be urban myth but what I understood to be the origin of the unfortunate fashion of pants hanging below one's waist. That perhaps urban myth states that people in jail, hungry for contact, would signal their willingness for sexual assignations by pulling their pants down below their underwear.

Isn't that a lovely fashion trend to emulate? I asked smugly as I sipped my coffee and took a sharp right turn. I glanced into the rearview mirror as one does during car conversations and raised my eyebrows. Oliver was sitting beside me and just stared, confused. Henry said, I don't think that's appropriate, Mom.

Reader, if there were a grave in the car, I would have kept digging. I told him that sometimes, men in prison got lonely in prison and wanted to have sex. Oliver was silent, his amazing brain apparently struck still.

What do you mean, Mom? Oliver asked, horrified. The third boy said, drolly, When you're in the shower, don't drop the soap! and he and Henry laughed out loud.

Oh, Lord. I won't go into it here, but I managed to climb somewhat out of the grave that I'd dug for myself and divert the conversation to other issues surrounding prison -- the food, the close quarters, the boredom -- but not before I might have irrevocably damaged my eleven year old.

The bottom line, though, is that I don't think anyone who comes with me on car trips will be wearing their pants too low from here on out.
Posted by Elizabeth at 3:35 PM