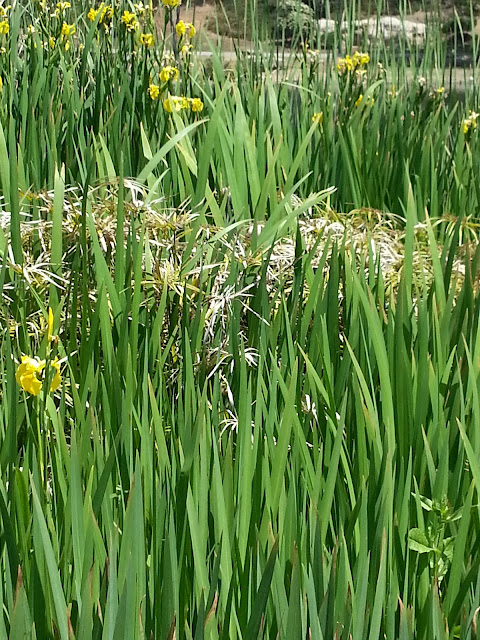 So, I listened to the POTUS this morning while sitting in my car in my driveway. He was speaking at a press conference about those starving prisoners of Guantanamo and what to do, what to do. I don't really understand why this is such a problem for some -- the holding of hundreds of men prisoner in a dank place somewhere in Cuba without charging them with a crime for years and years and years -- and then I know why this is a problem. It's because we live in a country where it's more like do as I say than do as I do, a country where torture became legal and basic rights of due process were suspended because you don't mess with the United States, where even the most reasonable of the conservative justified crimes of war, absolving them and those who perpetrated them -- look, how cute the last POTUS looks with his new grandbaby! -- where those in power, backed by the inane, let drop the most basic of gun control objectives in the name of our Second Amendment rights and where, I'd say, fear rules the day. What if the Chechnyian American boy and his brother had opened fire at the Boston Marathon with machine guns legally obtained and killed scores of people that morning instead of packing pressure cookers with nails and metal and then setting them off as bombs? Would they have been charged with owning Weapons of Mass Destruction?  Would the entire city of Boston been shut down as the  National Guard roamed the streets searching for the killers? Would the NRA have come out and said People kill people, not guns! And would the politicians and the people that prop them up have bemoaned the lack of proper mental health treatment in this country in lieu of just removing or making more difficult the ability to buy and use Weapons of Mass Destruction?

Just wondering.
Posted by Elizabeth at 11:52 AM