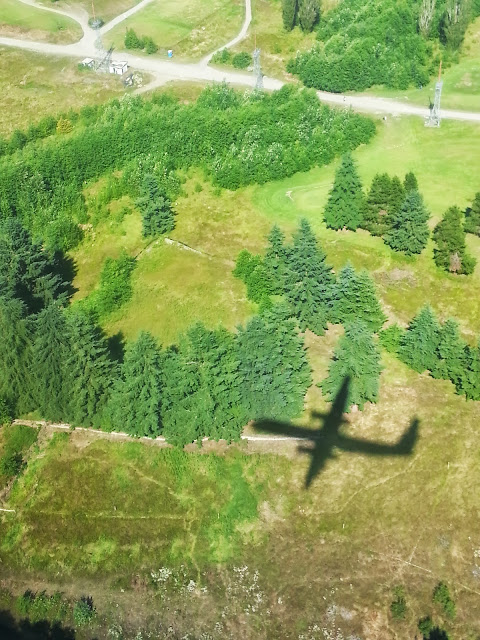 I read this poem in The New Yorker, while I flew over Seattle the other day. Instead of leaving the issue in the back of the seat in front of me, I took it home to savor. Read it, read it again and then read it aloud.

A friend had a friend who winked us past rope lines,
we were enskyed for one night in hipness

the champagne tasted no better than wonderful

then we freed ourselves in a cab, something yellow
that wasn't a flower but wanted to be, sang
"Homeward Bound" passably to be happy about melancholy
and teach the driver from Sri Lanka a thing or two
about the American wistfulness for home
all the way to the Brooklyn Bridge
and walked across the night and water
that I got down on my belly and said hello to
through the wooden slats

in Brooklyn Heights we ate grapes and waved
at the effort by the various Carnegies
and Seagrams to live forever, my friend had a cough
that became an acronym, I sat beside his missing
a man with my missing a woman in front of homes
we knew from movies but appeared less famous
than cozy at four in the morning as we tried
to decide which house wanted to adopt us

I couldn't get over the grapes

he said, That's New York, you can get anything
as long as it's not what you really need

he didn't say that

I'm confusing him with Mick Jagger and this poem
with a novel, he said something and I did
back and forth, it was quiet and that's how
conversation works, the grapes were good
and the night air had no idea how bad
his cough would get, I am grateful
that, on balance, the absence of stars
in Manhattan is offset by the number of lights
there's no reason to leave on but people do.