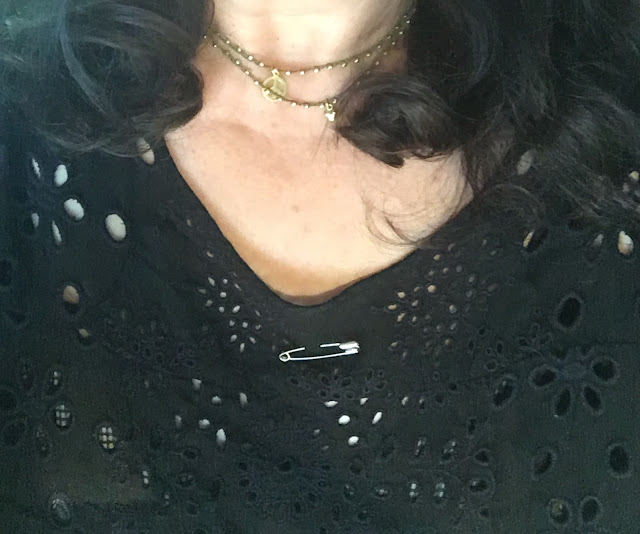 Things are getting scarier by the moment, even in my extended family. So much anguish and so much dismissal of it. So much desire to understand and so much misunderstanding.

I'm struggling with how to do and say the right thing. I use strong language sometimes, throw out "f-bombs" regularly and offend people with that language. I am sorry for that.

The story I posted the other day about my sister's small act of civic disobedience when she threw Tic Tacs into a bowl of chips where three white men had been gloating about their candidate's win sounds hollow and trivial to me today as I've absorbed the anger and frustration and true anguish of many of my fellow citizens and witnessed the hate being unleashed by other citizens who've been strengthened by the racist who is our president-elect. A good friend and neighbor,  a man of Filipino descent married to a white woman who has two sons, a man who has multiple advanced degrees, lives in a beautiful home that he renovated with his own hands cried over the result of this election and what it means to his two little boys. I'm listening and standing beside him and his family. My friends in the disability community are frantic and beyond distressed over what they believe will happen to their families and loved ones with disabilities. I'm listening and standing beside them with their families.

I find arguments to compromise hollow and trivial. While I appreciate and understand the Obamas work toward the constitutional "peaceful transfer of power," I'm going to do everything I can to protest this election outcome.

I'm drawing a line in the proverbial sand right this instant. I'm not sad because Hillary Clinton lost and the Republicans won. I'm not a crybaby or a sore loser, either. I'm far from being politically correct, whatever that term means these days.

Here's what I am and who I am.

I don't tolerate violence, racism, misogyny, sexual assault, bigotry, xenophobia, the mockery and disdain of the disabled or the denial of climate change. I don't accept your tolerance for or understanding of it. I don't accept the argument that the media slanted the things Drumpf said over the eighteen months of his campaign. I don't accept the lame excuse that he will somehow not actually do the horrendous things he threatened to do while running. I heard them, loud and clear, over and over and over. I see what has been unleashed, and it's hideous. I believe this man is a dictator in waiting, and I'm going to do everything in my small and limited power, to resist him. Above all, I pledge never to be violent and to stand by those who are most vulnerable at this time without fear.

Email ThisBlogThis!Share to TwitterShare to FacebookShare to Pinterest
Labels: musings