At my window with a broken wing 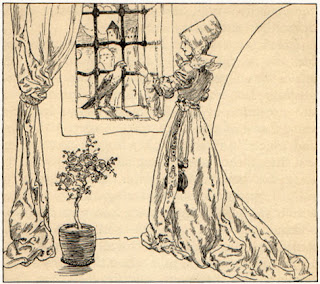 So much to post and so little time. There's pizza dough on the counter and the boys are yelling that they're hungry. I have three articles to edit, but I'm not complaining about that! My daughter said a word, yesterday, and I saw Toni Morrison last night. Where to start?

The Word: I'm wondering whether all the seizure activity of the last couple of months, the intensity of it, was the effect of new brain activity, new connections. I have this vision of Sophie's dysfunctional brain trying so hard, so diligently to perform in the right way. I imagine it as intricate and just when things are going to connect %G^FG^%#G(TKFXX@%. Overstimulation. Start over. Or the opposite. Sensorystimulicominginandconnectionsmadesmells smelledeyesseeskinfeelsrecognizethisfeelthatknowherknowthatsound and everything is so fast and then r$%$%^d@@@, another misfire. But maybe something is happening and maybe it'll keep happening.

I've certainly been on the short side of sanity the last few weeks. With her. Thinking the worst. And now this.

HOPE
Hope is the thing with feathers
That perches in the soul,
And sings the tune--without the words,
And never stops at all,

And sweetest in the gale is heard;
And sore must be the storm
That could abash the little bird
That kept so many warm.

I've heard it in the chillest land,
And on the strangest sea;
Yet, never, in extremity,
It asked a crumb of me.