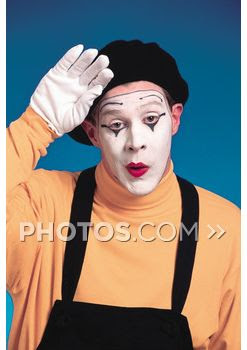 The morning after. I woke up feeling jubilant, bright and light. No strangers in this bed!

And then the day went on and amidst all the sharing of joy between like-minded friends, I went on Facebook and had a big, fat online argument with someone I went to high school with. Someone who I've only been reacquainted with for a few weeks, ONLINE and someone who I never was really acquainted with during high school, anyway.

Jeez. Like a moth to flame, like a fly to ..., well, what was I thinking to spout off my mouth in such a way? I think it was his comment about impending socialism, about people who get handouts, about no tolerance for the Democrats, etc. etc. I just couldn't help myself. I left our back and forth volley and went to drive my son to religion class and when I got back saw that I'd been "defriended." Ouch. I'm tempted to chuck the whole Facebook thing and pretend like I never got sucked into it in the first place. There's something so addictive, so seductive about it. An intimacy that isn't really an intimacy -- it's a place to be ironic, clever, interesting. Except when you're not. And then you can be excised with the touch of a key.

A good friend had a bit of a spat with one of her closest friends who voted the other way. I haven't even spoken to my mother, yet. My point is that even though Obama won and I'm shocked, thrilled, thankful, etc., there's still this pall, this icky feeling in my stomach. I'm not sure what it's about -- the fact that the closest of friends, members of the same family, can't agree. The fact that this election was, as one friend put it, HEATED?

My dear husband isn't on Facebook. Thank God. He's also not a United States citizen (although he works very, very hard and pays taxes) and claims that he doesn't want to be one because of jury duty. I've long since stopped arguing with him about that and instead just gently mock. He gets me, the whole raw deal of me. HE's happy today with "the Americans." We found this poster from his native Switzerland. Terrific, right? 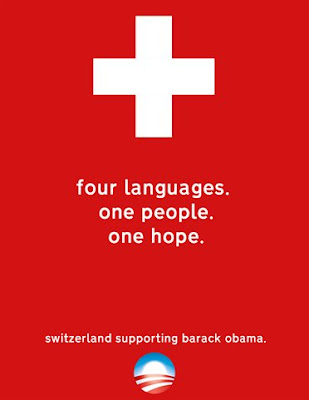 Posted by Elizabeth at 9:26 PM