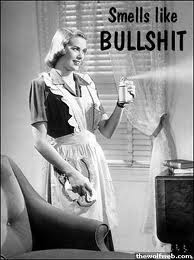 Yes, I know there are many of you that are going to click off right about now, because you just don't like the controversial stuff, the ugly stuff, the politics. But I know there are many more of you that enjoy the dialogue and the conflict, the choir and the perverse, so I'm just going to continue until it's time for me to click off and do something constructive, like the laundry and the bed-making and the calling the insurance company.

Today I read that Mitt Romney spent $18.7 million dollars on his campaign last month. Okay. It's said that his money-making machine is drying up, and he might have to delve into his personal fortune (which is, I believe numbered in the billions, but correct me if I'm wrong) to keep going. Okay. I'm going out on a limb here and stating that I'm perfectly aware that this sort of obscene money is being spent and raised by the Democrats, too. Okay?


That's why when I read about the State of California and other states round the nation cutting programs for the disabled because there's no money, I smell bullshit. And when people argue about welfare queens and corruption and complain that food stamp collectors are just lazy and have enough money for manicures and pedicures and flat-screen televisions -- well -- I smell bullshit. And when people dismiss all of it and say that the government is bad and all politicians lack integrity and in so doing (dismissing all of it) absolve themselves of fighting for what they know is right, well -- I smell bullshit. And when the Catholics, the Orthodox Jews, the evangelical Christians and the Mormons claim their religious liberty and freedom is being threatened and trampled upon because the government of the United States, (of the people and for the people), insists that women's preventive health and  reproductive freedom is paramount over the insurance industry, I smell bullshit. I'll go out on another limb and say to these religious people, Are you out of your minds? Is your faith in God  and your Church so fragile that you feel under siege when you can't shove your beliefs down every throat?


I might be stupid (I did receive a C in Economics 101 in college, but damn, that was a boring class), but there's money enough in this country to keep caring for the disabled and the elderly, to keep educating the children and young adults and to ensure that every person has a flat-screen television. Just kidding on the last one -- I'm not sure anyone is reading this, by now.

Here's a great video of John Stewart's I Smell Bullshit:

Now I'm off to do my chores and refill my aerosol can with some sort of air freshener.
Posted by Elizabeth at 4:43 PM