A few of you expressed interest and ignorance about the game of lacrosse. Both my boys play it, and while it's a new game on the west coast, lacrosse is a Native American game -- played hundreds and hundreds of years ago by Native American tribes in the northeast and all along the Atlantic seaboard. It's rough and tumble but less so than football and infinitely more fun to watch -- at least to me. I think it satisfies a lot of boy aggression, and at Henry's level (he's thirteen and in the junior high school league) is an exciting, skilled game to watch. 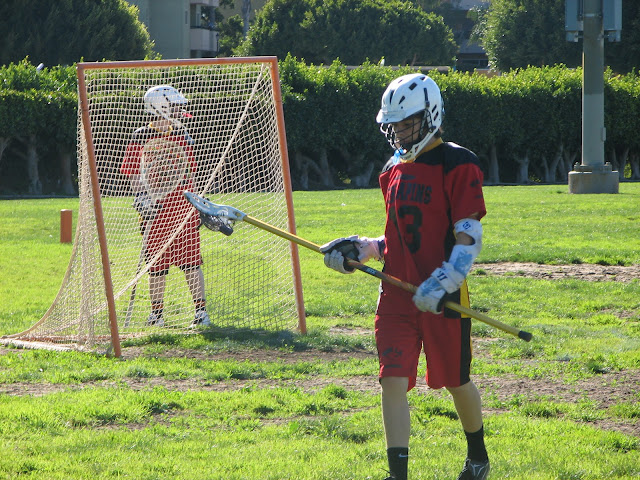 
At Oliver's level, it's a bit more mayhem-like, but Oliver is a tank and enjoys "bringing them down." 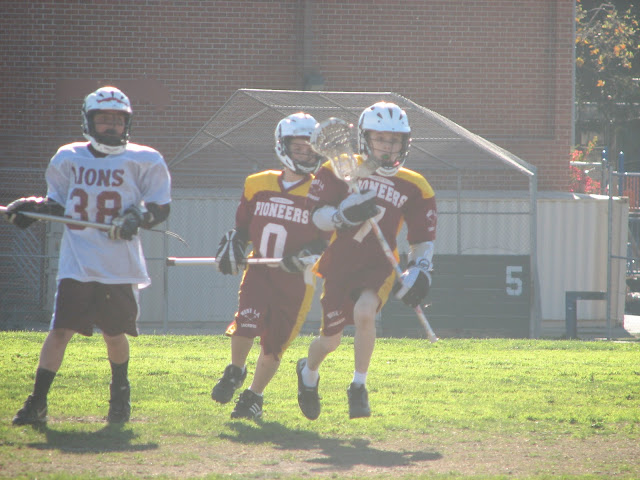 And here's Henry, cleaned up and ready for Cotillion. He recently topped me in height, but I told him that he's still my baby. 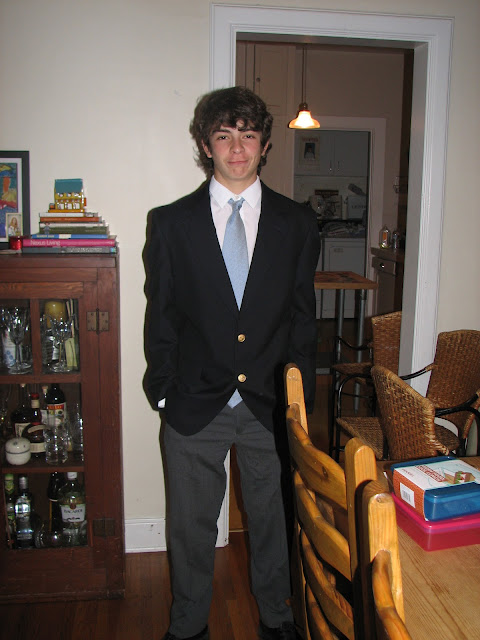 Oh, here's a cake I baked this weekend, and if you want to check out my updated food blog, How to Eat, here's the link. 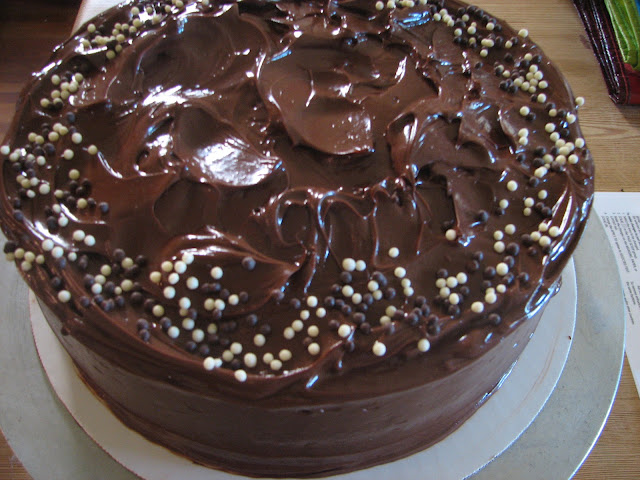 Chocolate Cake with Milk Chocolate Buttercream
Posted by Elizabeth at 8:46 AM