I've worn glasses for near-sightedness since I was about seven years old. When I wake up in the morning, I put on my glasses first so that I can see the world. A little later, I put in my contacts and still later I take them out and put my glasses back on. Now that I'm nearing the half century mark, it's getting difficult to read with just my contacts or just my glasses. So, I had to buy some of those glasses for reading. Except that at night, when I do most of my reading, I have to put them on over my glasses. 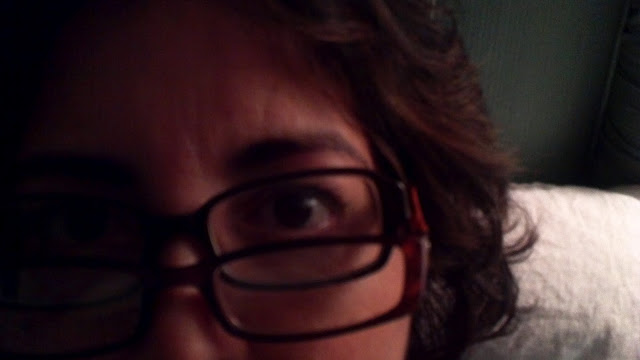 Yes, I know. I could get graduated lenses or whatever the hell they're called. But I can't be bothered. Hence, the laziness of the title.

This morning, Oliver woke up very chipper at 7:15. That he doesn't bound out of bed at this time on school mornings is a constant source of amazement to me -- and not a little irritation. The two of us got off on the wrong foot, and I landed up hollering at him for being fresh and taking away his iPod. I had asked him to empty the dishwasher and feed the dog and got what my father would have called too much lip. I told him that his attitude needed to change; I expected more respect and response and he was to think about what he could do to earn back his privileges.  In lieu (there I go, using that phrase again) of prolonging all the drama, I emptied the dishwasher but left the silverware basket on the table. 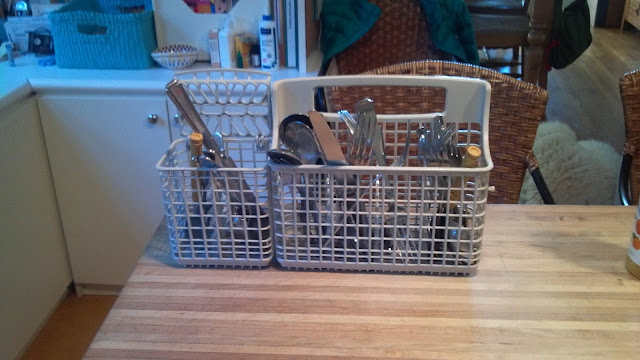 My intention is to see how long that basket will sit there. Hence, the small tests of change of the title.

Henry has his first pre-baseball season baseball practice this morning from 10:30 until 1:00. Oliver has a lacrosse game from 11:30 until 1:00. Henry then has a lacrosse game from 4:15 until 6:30. The Husband is spending the day and night with The Mistress. I must bake a chocolate cake for a client and ferry these boys to and fro. Hence the baseball, lacrosse, The Husband, The Mistress and chocolate cake of the title.

Reader, what does your Saturday look like?
Posted by Elizabeth at 9:26 AM