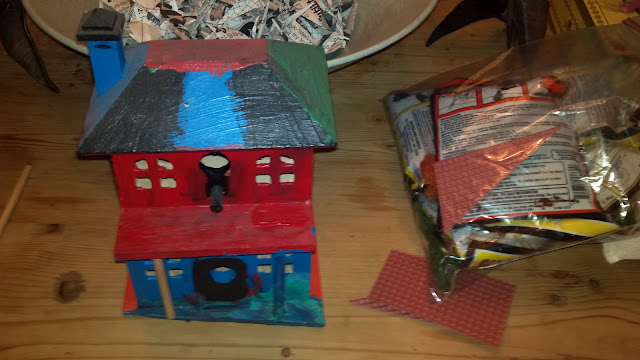 He's a real piece of work. That's what my father says about Oliver, and I've always loved that expression. Tonight, while I was making dinner (tacos) and admiring Henry's pamphlet about medieval Japan, I mentioned how terrific I thought both boys' projects always were, how they worked on them without my help. I reminded Oliver of his Indian one from earlier in the year, and he cut me off in disdain and said It's Native American, Mom, not Indian. Indians are from India. He sighed and might have rolled his eyes. In my mind I cursed his political correctness but said, Oh, yeah, that's right. A little while later I turned patiently toward him when he stated, I think I'm going to start making and collecting

houses. (I had to write it like that because it was just so weird and apropos of nothing).


In my mind I thought of so many clever things to say that weren't very nice, but instead I nodded and said, Sounds interesting.
Posted by Elizabeth at 6:35 PM