Dispatch from the Verizon Store 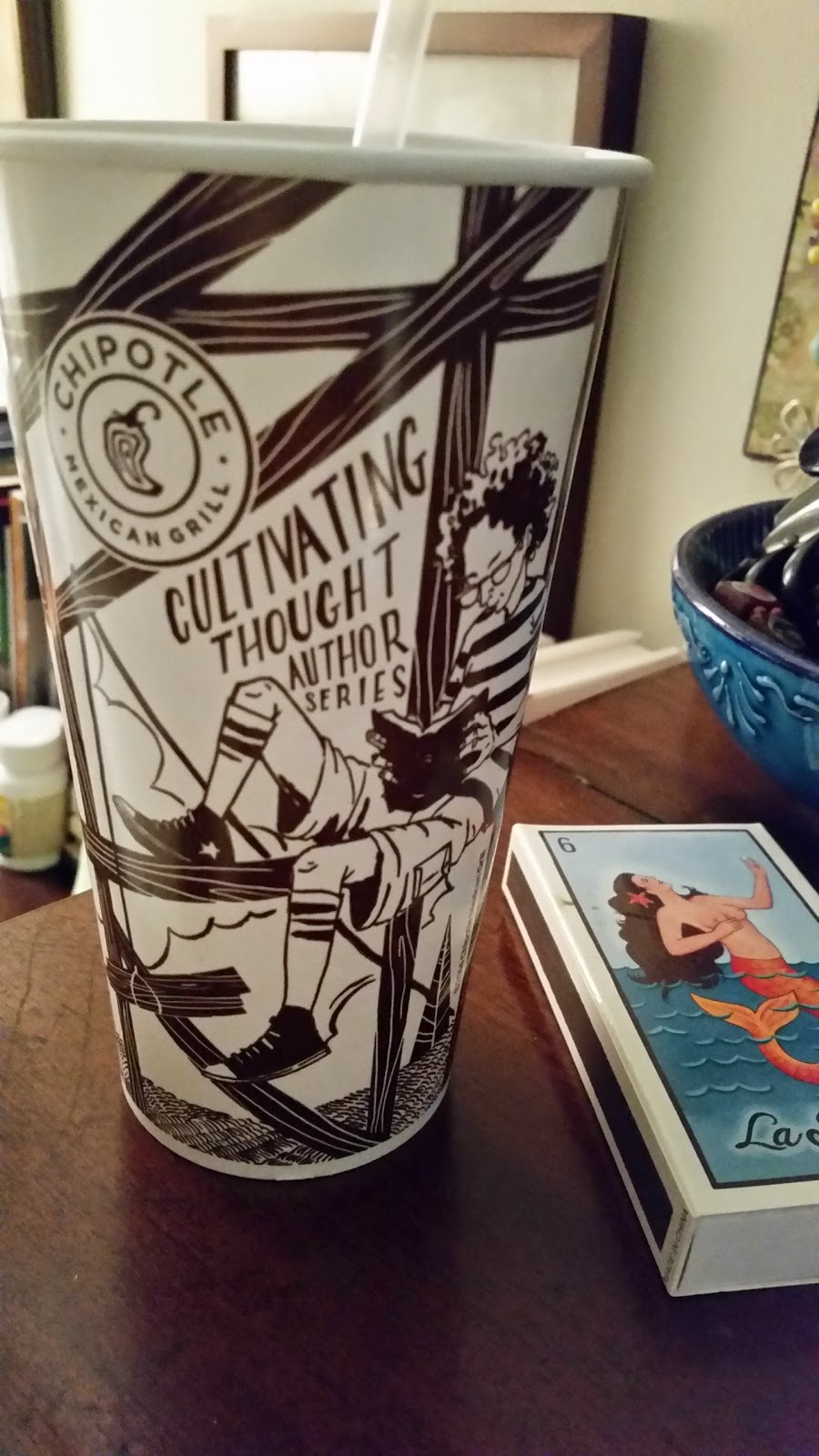 I know I'm late to the game, but Chipotle's disposable drink cups are printed with Cultivating Thought Author Series, and while I read about it somewhere a while back and thought it sounded pretty ridiculous, I have to say that it sure came in handy today after the second hour of standing on my feet at the Verizon store where the Young Verizon Clerks worked at a glacial pace to upgrade the four phones that our family owns. I'm not complaining or anything because how can one complain about owning four smart phones without sounding like a privileged jerk? But really -- how did we get to a world where you can wait for hours at a Verizon store for your smart phones to be updated and also read a bit of Toni Morrison and Malcolm Gladwell's writing on the back of a paper cup? The stories are even illustrated, albeit awkwardly, as you have to turn the cup around to really see the drawing. Some first world problems might even be negative number world problems, they're so lame. Gladwell's story on my cup was a little memoir called Two Minute Barn Raising, and it made me laugh out loud and then sigh, sated by the glory of words and those who wield them so beautifully. I'm almost tempted to type it out right here, but who knows what sort of copyright laws I'd be violating if I did so. I wonder if writers are paid for every paper cup read or are they paid a set fee? Do they write something special just for the cup or do they pull something short out of their archives? I didn't get a chance to read the Toni Morrison because Oliver threw it away before I realized that there was something good to read on the cups, and that made me feel a tiny bit guilty. I might keep the Malcolm Gladwell cup on my desk for a few days, though, to make up for it. I would have liked to see a David Sedaris story on a cup, though, or even an Annie Lamott, and when I exclaimed over how great it was to have something to read while we were waiting, The Brothers looked at one another and rolled their eyes. There's not much I can do or say that doesn't substantiate their belief that I am an insufferable loser -- an old one, at that. I won't let on that I feel superior to them in my preference for great writing on paper cups over shiny smartphones that take foreeeeeeeeever to set up.
Posted by Elizabeth at 9:20 PM