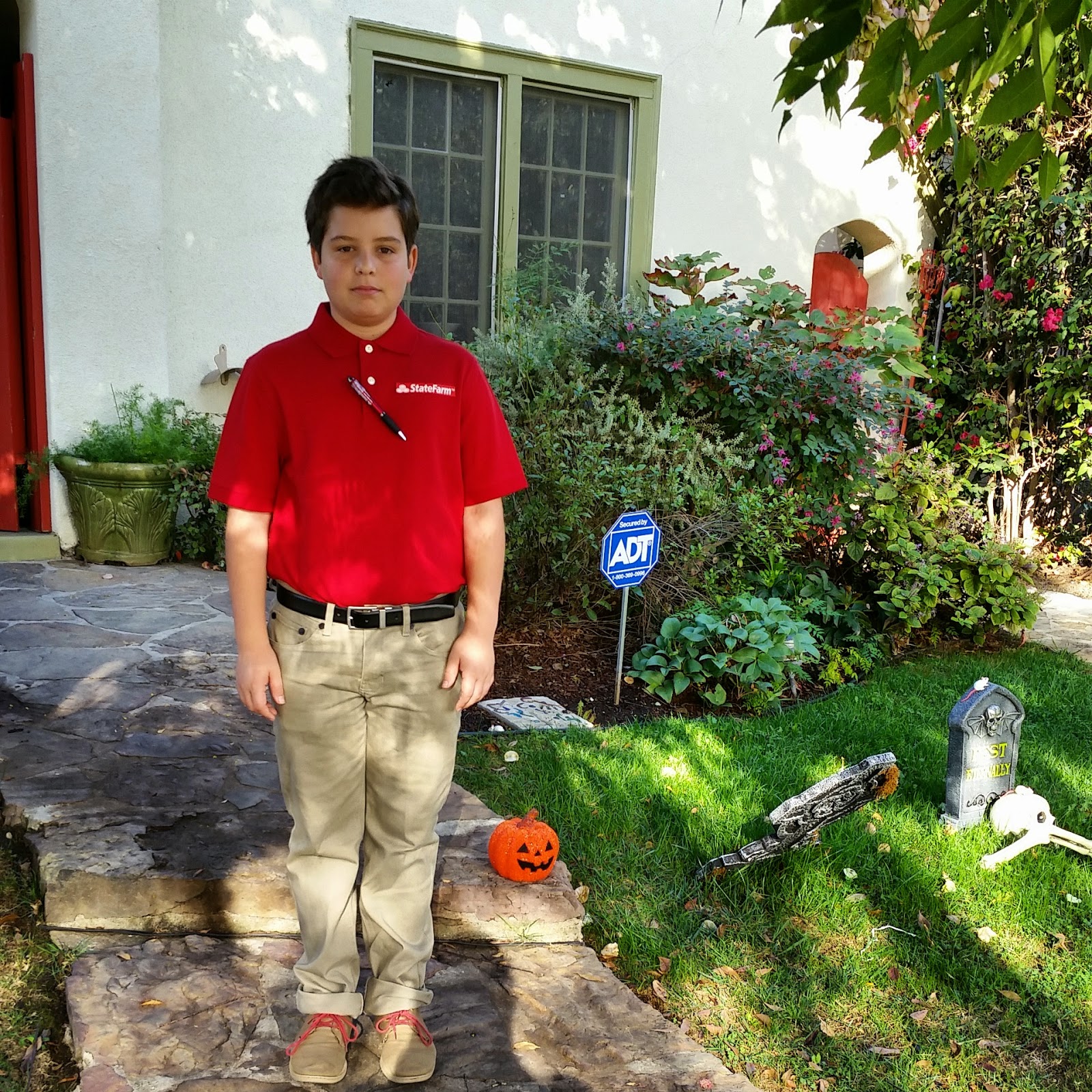 So, in case you're not on Facebook, I thought I'd entertain you today with this photo of Oliver dressed for Halloween as Jake from State Farm Insurance Company.  I personally had no idea who Jake actually was until the boys showed me the commercial, but apparently, this costume idea and photo was tweeted by someone at Oliver's school (he takes a Science class at a small independent school) and Jake himself answered the tweet. Or re-tweeted. Or twittered. I evidently have a Twitter account, but I have no idea how to use it.

And, yes, the irony of having a child of mine masquerade as an insurance salesman is not lost on me. It's a beautiful thing.
Posted by Elizabeth at 1:44 PM