The Chariot Has Arrived 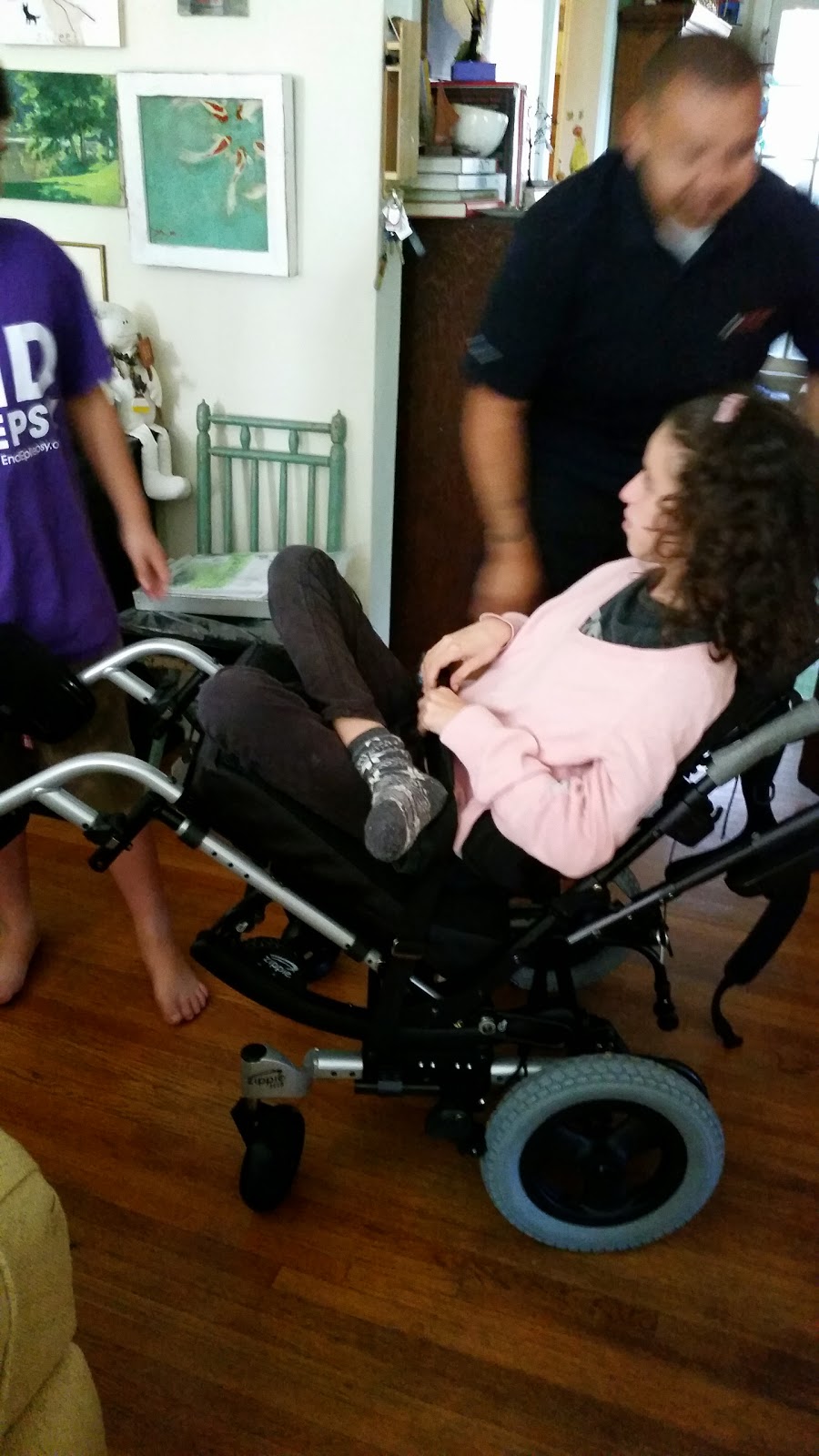 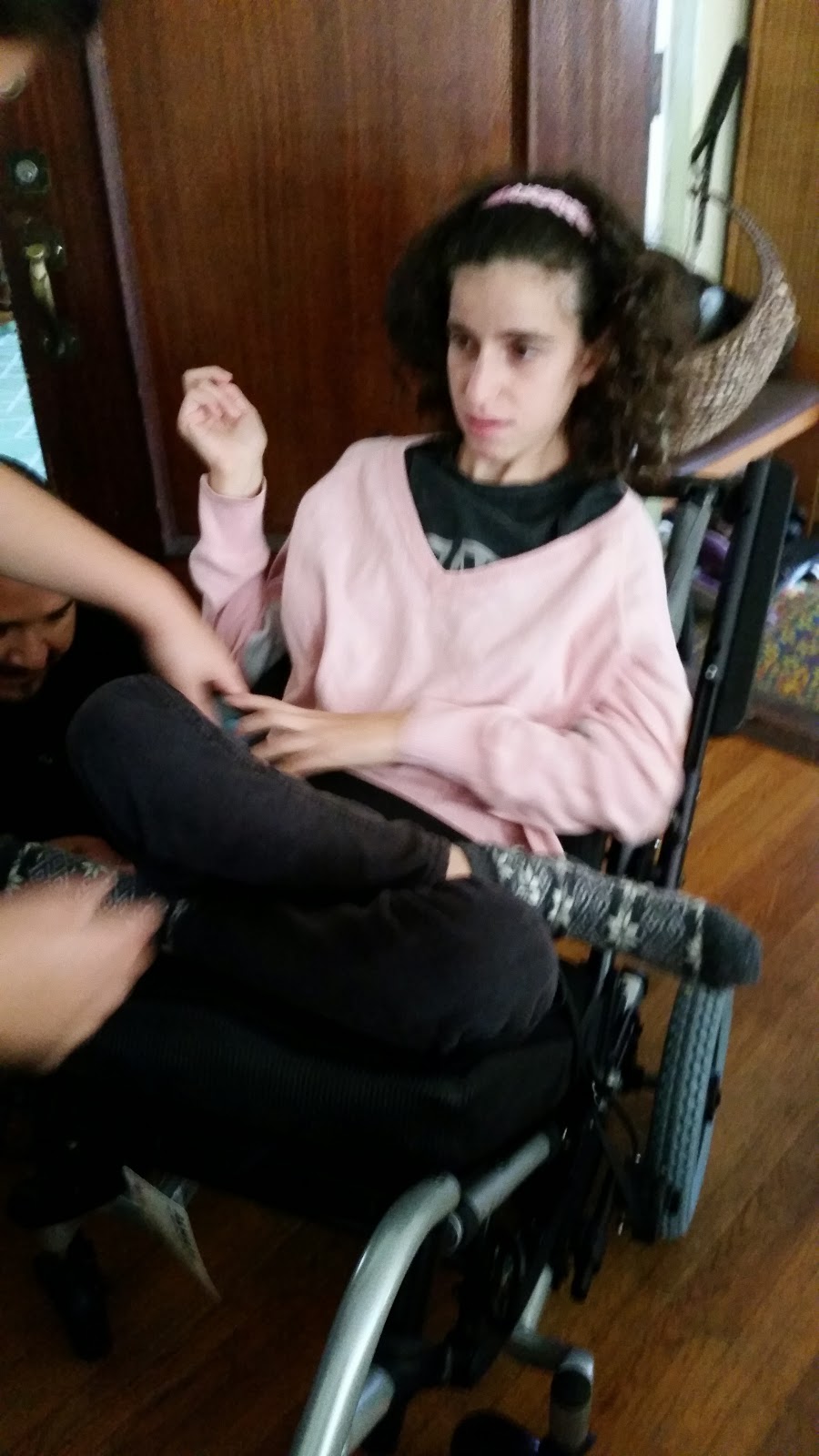 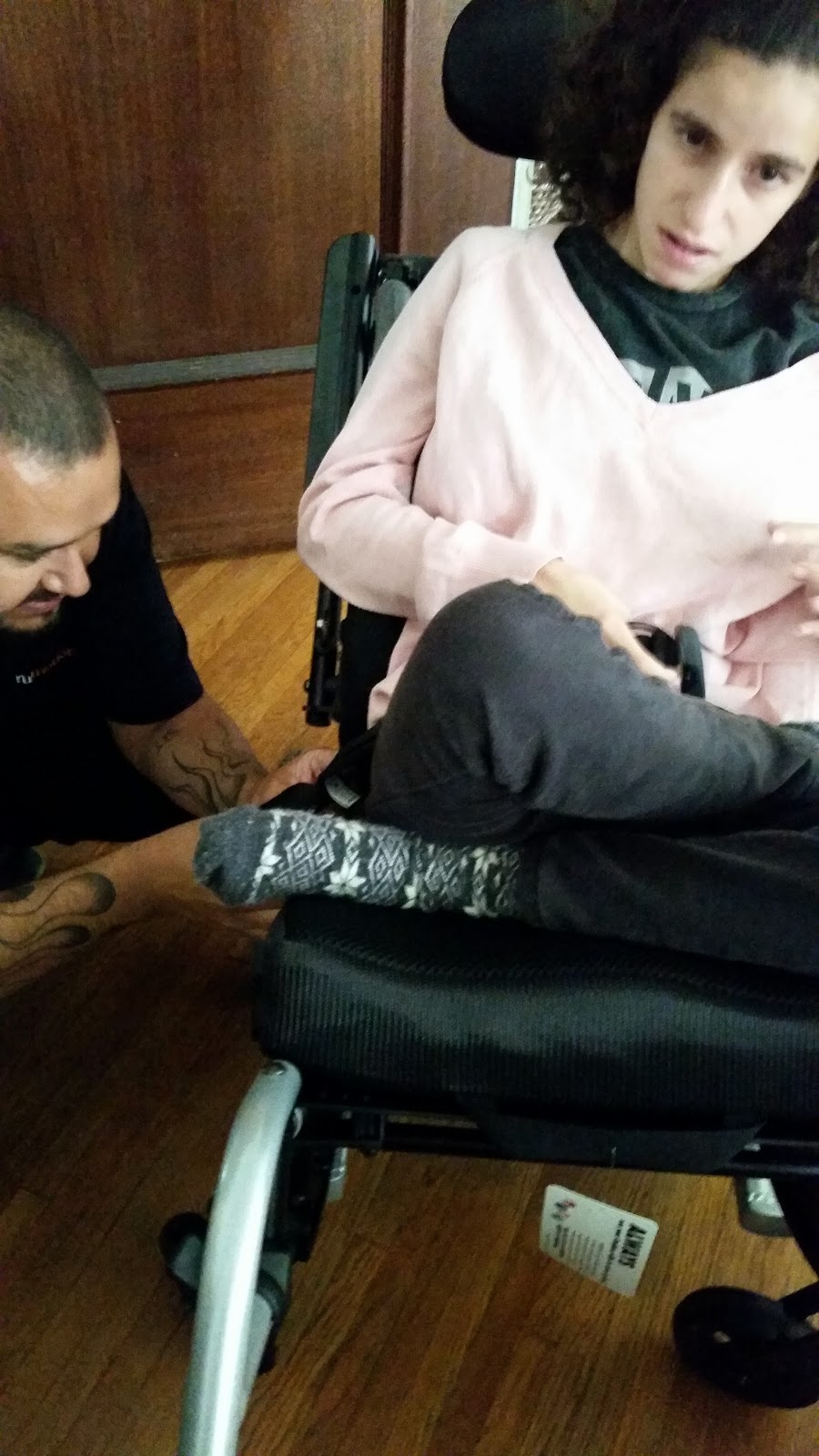 After more than seven months of considerable wrangling, Sophie's Medically Necessary Wheelchair Chariot has arrived, and it is a piece of art! We are very excited to have this piece of equipment in the house and loathe, actually, to send it off to her school. On other fronts, we still don't have a wheelchair bus, so we would have to transport it back and forth which will be problematic given its size and sophistication. The alternative is to keep this one at home and bring in her more and very used stroller for school use. She has an adaptive chair at school as well, and given the few hours she spends there, I'm leaning more toward using the wheelchair at home. It even has a tray where we can put toys and her iPad and food. I'm very grateful that this came through -- kudos to Anna and all the hard-working folks at NuMotion who had to make so many phone calls, fill out so many forms and just generally advocate for us over nearly half a year.

On yet another front, there's not much movement, yet, going on in Sophie's intestines. She's resisted the Magnesium Citrate and only mildly responded to the Miralax. I did a little research last night on the Interwebs and had a eureka moment when I read about people using cannabis successfully for things like Crohn's disease and irritable bowel syndrome, when diarrhea is a problem. Then one of my blog friends privately emailed me with the question about cannabis and digestion, and I hypothesized that perhaps over time, the Charlotte's Web has slowed Sophie's already slow digestion. I spoke to the pediatrician about this, and she agreed and suggested that she hasn't been drinking nearly enough, either, to keep things moving, that after a period of time without drinking nearly enough, you almost lose the mechanism that tells you you're thirsty, and then you don't have the impulse to drink and POW -- the cycle begins. It all makes sense to me, now -- she just hasn't been drinking nearly as much, particularly during the last few months when it's been the hottest and driest. That, combined with the decreased mobility (her norm), low tone (her norm), the slowing side effect of cannabis (new) and seizure medications (her norm) got her into a bit of trouble. We've got a plan, now -- Miralax every day for a week or so before reconvening. The plan gives me some peace of mind, but even Oliver said with considerable rue that he regrets how irritated he felt with Sophie over the last few weeks as she moaned and groaned and obstinately resisted drinking and sitting. I hate to say it, but what can you do? If I lived in medieval times, I'd walk with the flagellants, I guess, do some sort of penance for my human weakness. Instead, I'll chalk it up to nineteen years of dealing with other shit (like the procurement of chariots) that has taxed my stamina and made me very, very weary.
Posted by Elizabeth at 2:08 PM