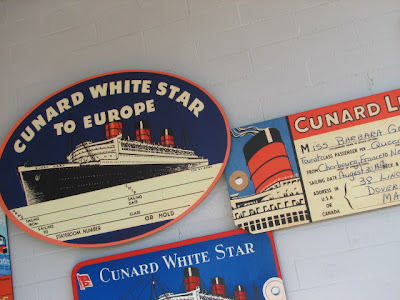 Yesterday, we drove to Long Beach and visited the historic Queen Mary ship. My parents, particularly my mother, are World War II fanatics, and this ship was used during that war for the troops. 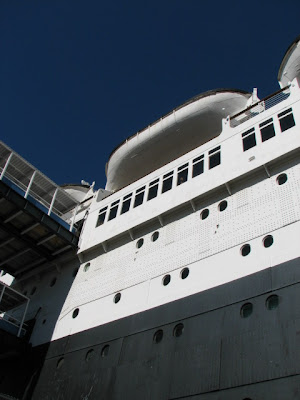 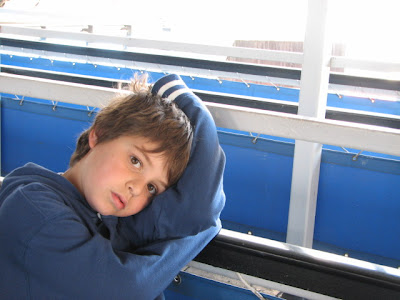 We went on a real Russian submarine which made me think, naturally, of that old German movie Das Boot. It's hard to imagine what sort of living hell it must be to work and live on a vessel that is submerged in the ocean. 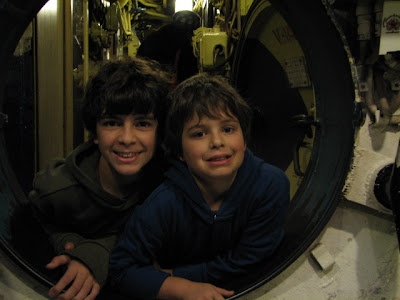 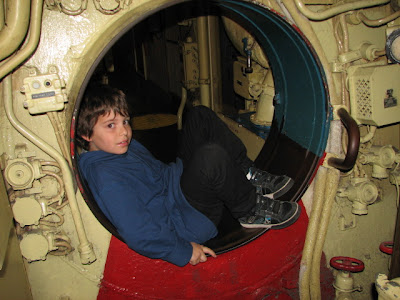 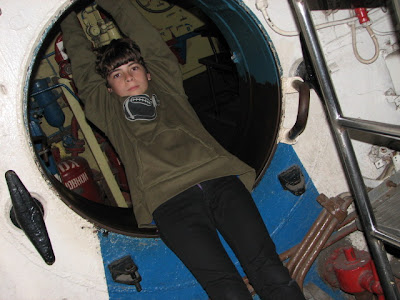 And, yes, my mother and I both crawled through about eight of those holes that you see above. But I won't post those pictures because I'd like you to remain convinced of my inherent self-worth and dignity.

I did have the teeny tiny thought that it might not be too bad to live in one of these teeny tiny bedrooms, for a bit, by myself, far from the madding crowd. Honestly, the end of the bed is the end of the room. It was sort of like a Russian male kiddle house. I'm just saying -- 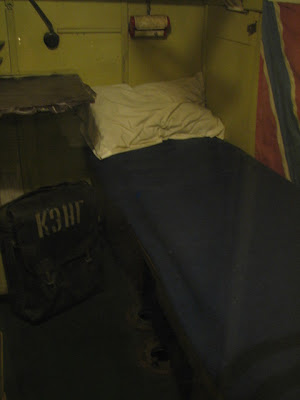 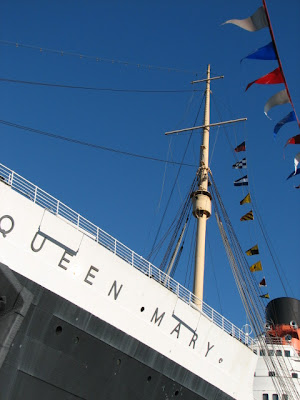 And I do love a porthole. 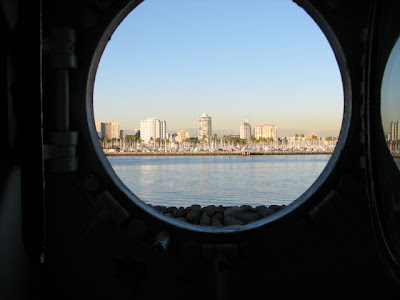