a thoughtful post, motivated by rage or sorrow or humor or wonder, I'm making a bit of a list. Here we go:

**I'm tearing through a non-fiction book right now -- something I rarely do, preferring to read the "non" around the fiction (meaning it sits on the bedside table and is read in bits and pieces over a period of months, if not years) -- and it's about waves and surfing and right now Laird Hamilton. It's called The Wave: In Pursuit of the Rogues, Freaks and Giants of the Ocean by Susan Casey. I'm a bit of a freak for surfers and surfing even though I've never done it, so this book is absolutely perfect escapism and perhaps will, for me, be a bit of an obsession over the next few weeks, sort of like Ms. Moon and her Keith Richards thang. 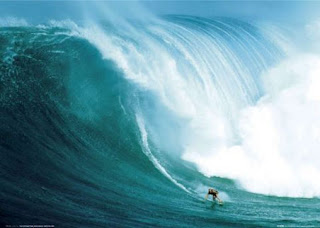 **This website. It makes me think of an old nerd boyfriend I had in college. And he didn't look anything like Sean. But he was cool and brought flowers to my dorm room when he picked me up. 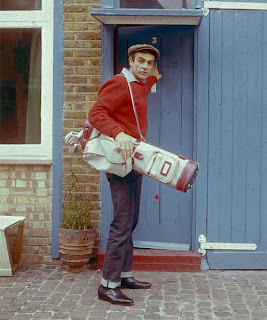 **This website because I am a nerd myself, always have been and always will be, at heart. Another old boyfriend once told me that when I wear my glasses, I'm the spitting image of Marcie, Peppermint Patty's sidekick.

**I'm hooked on the television show Modern Family. It's the only thing I'll watch right now, along with my sons. The three of us sit and roar at its zany, sweet comedy. I love every character, but I think Cameron is my favorite. 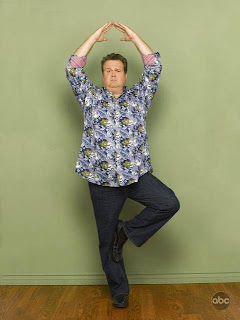 **I just saw the Mike Leigh movie Another Year. It was slow. I was struck by how close Leigh filmed the characters' faces, and no one was attractive -- so different than our American air-brushed blow you away beauty shots. It was moving and hard to watch, sometimes. I find movies about marriage tiresome. But if I wrote more, this post would be thoughtful, and I don't want any of that.

**I'm still irritated by and trying to ignore this whole astrology change-up. I'm a Virgo, and I'm standing by that. 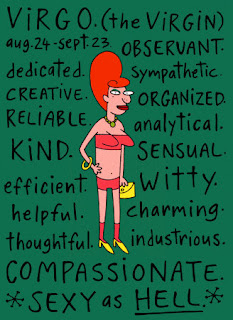 **I'm a tad over-interested, as well, in this site and have even signed up for the communal knitting project. I started knitting in college, and the first sweater I made was for my boyfriend (not the nerd, the other one). It was a Fair Isle with about four different colors -- cream and dark brown and beige and blue. It took me forever, and when I gave it to him, he couldn't pull it over his head. The neck hole was probably big enough for a child, and this boyfriend had a huge head. What can I say? It was the 80s. 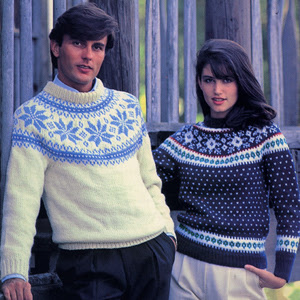 **I bought a pair of swimming goggles with the intention of going to a local community center pool and starting to swim. The one I chose is known for very large women who don't care what they look like. They're also closer to eighty years old than fifty. I hope to be a goddess there and get some exercise to boot. 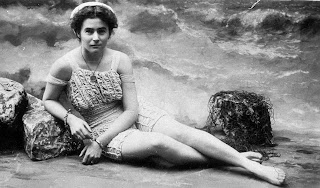