So many of you commented on my blog post last week describing Oliver's participation in his school's No Name Calling Week, and I thank you for all that support and recognition! This week it's the middle school's turn, and Henry showed his customary grace and bravery by standing up with his peers and explaining his discomfort with the word retard.

Since these were middle-schoolers, I believe the stakes were even higher. One of the main thrusts of No Name Calling Week is bullying, and after three students did a short, personal presentation, several teachers and the principal recounted their own experiences with bullying and name-calling, stressing that these incidences can be wounds remembered for a lifetime. It was a terrific age-appropriate assembly, and once again I was proud and moved that my children attend such an exceptional school and that they participated so openly. 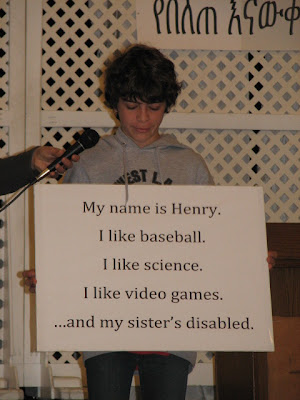 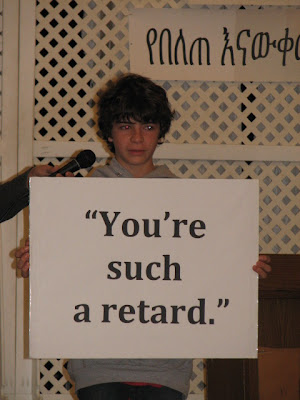 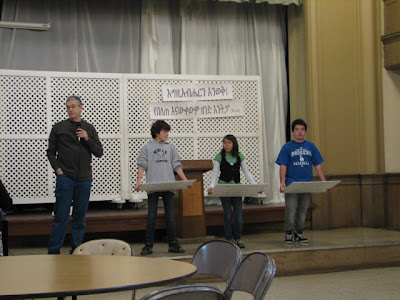 Posted by Elizabeth at 4:00 PM