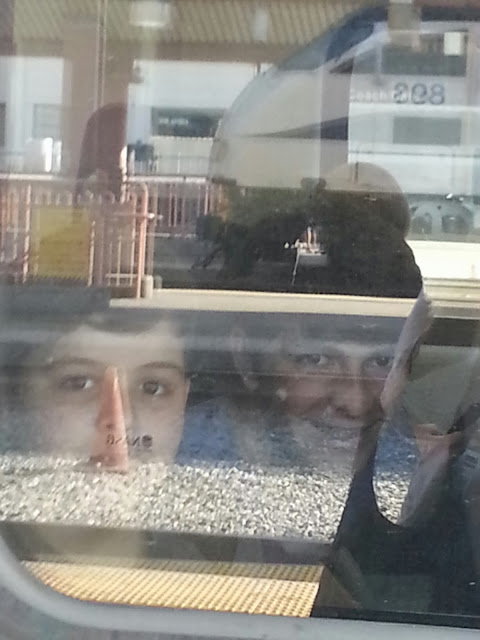 So, I don't think I'm ready for a lesbian relationship, yet, but the movie was pretty decent for a French intellectual one. Just in case you've forgotten, I was a French major in college and while I found myself ever deeper into the commitment of it -- advanced linguistics! idiomatic expressions! medieval poetry! the existentialists! Pascal! Baudelaire! -- I was unable to extricate myself even as I found all the reading and the writing miserable. French literature never did get me, or pull me in or dig down deep into my soul, with the possible exception of Sartre's Nausee that I read while swinging in a hammock on the front porch of the shack I lived in at the time in North Carolina. That book actually made me feel nauseous which I guess is as good a reaction as any to a piece of literature. As for French movies, with the possible exception of Jules et Jim and those Manon des Sources ones, as well as an early infatuation with Gerard Depardieu (who's gone utterly bonkers, evidently, but when he was young -- oh, when he was young!), I'm hard put to remember a single one that didn't make me squirm uncomfortably. Maybe it's the peasant Italian in me or something, but the intellectual pretensions of the French irritate the hell out of me, and and even sexual couplings, in French, leave me cold because they seem so conscious and studied. Even Last Tango in Paris appealed to me because I adore Marlon Brando and there's no real talking in it other than get the butter. Does that make sense? In any case, Blue is the Warmest Color has some of the most graphic sex scenes that I've ever seen in a movie theater (I won't tell you about the time I went to a porn drive-in with a boyfriend and batted away mosquitoes that kept flying through the car window that we had to leave open to hear the moaning of the actors on the big screen), and it was weird to sit and watch them, alone, with a big bucket of popcorn and some Red Vines. The two stars were beautiful and really good actors, the story was intensely romantic (the French did invent the expression coup de foudre), but there was an air-brushed quality to it, too, and I was aware the entire time that a man filmed it. Because one of the women characters was an Artist, there was some requisite art criticism which I find unbearably painful in any language, but there was some great smart talk about literature, too. But those sex scenes -- whew! Long and -- well -- long. There were many lesbians in the movie theater, and I felt like a big dork, to tell you the truth, but it would have been worse if the theater were filled with a bunch of heterosexual males.

Anyhoo. That's the extent of my review of Blue is the Warmest Color, and I think I'll stick with the Javier Bardem fantasies.

As an aside, the photo above is Oliver and Henry who took a Metrolink train down to Orange County to visit some friends yesterday while their mother went to the French intellectual lesbian movie and ate a bucket of popcorn and a package of Red Vines.
Posted by Elizabeth at 4:44 PM