Oliver, his friend Mac and The Husband were up past midnight last night, preparing lemonade and chocolate chip cookies for today's End Epilepsy Walk at the Rose Bowl in Pasadena. This morning, they rose at 5:30 to pack up the car and drive over there to set it up: 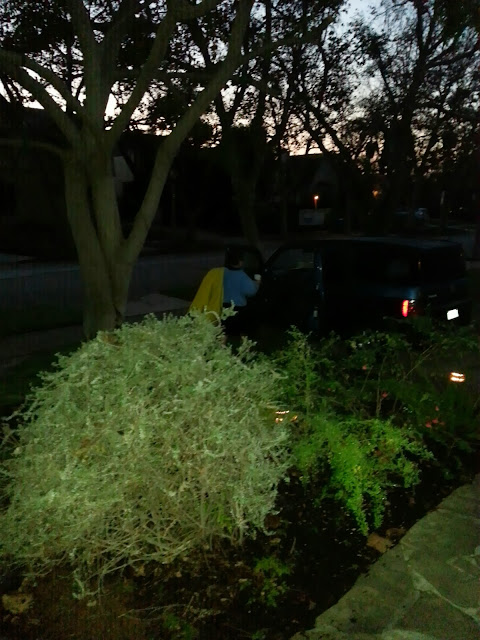 Henry, Sophie and I joined them a few hours later: 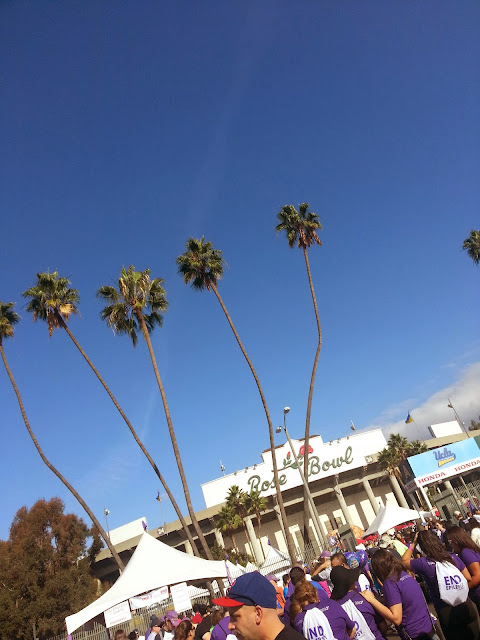 Ollie's Lemonade Stand was in full swing when we got there, and some of my favorite people came to support us and Team Sophalofa: 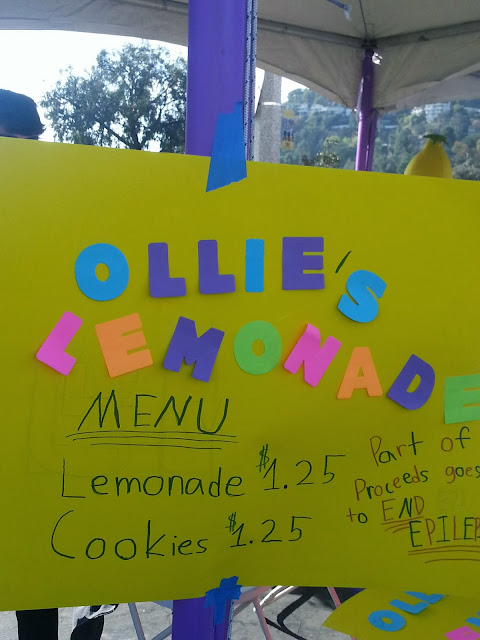 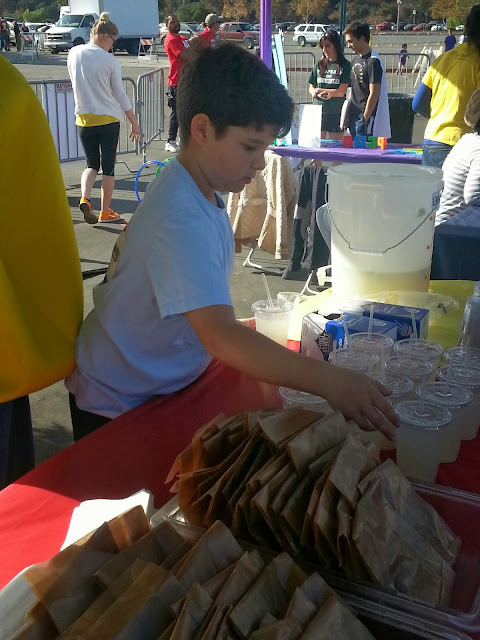 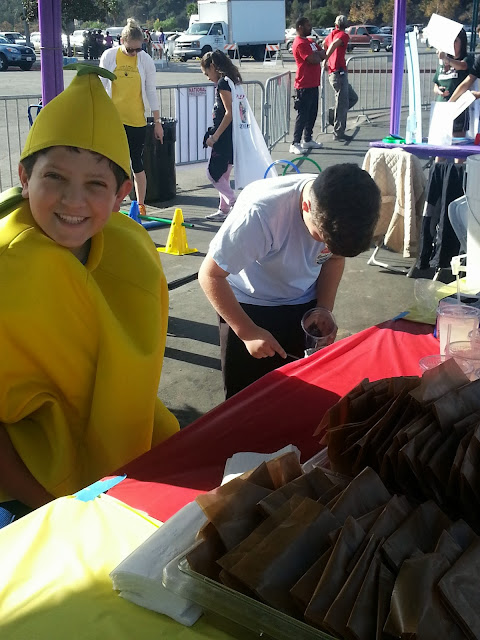 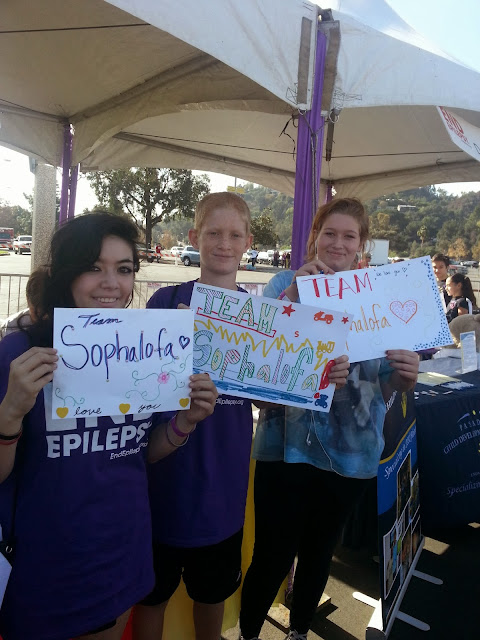 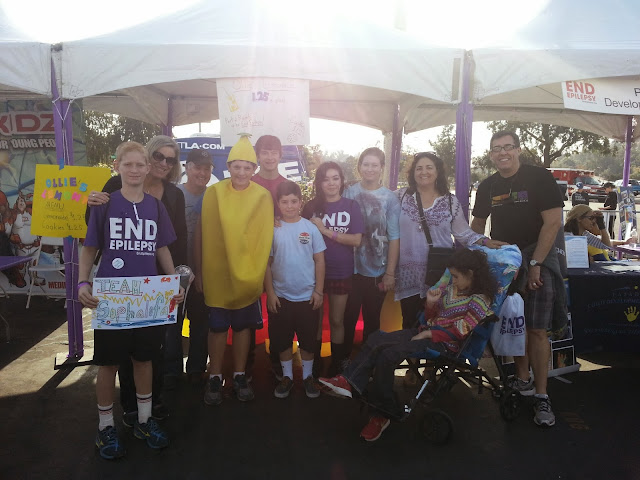 Here are some random shots: 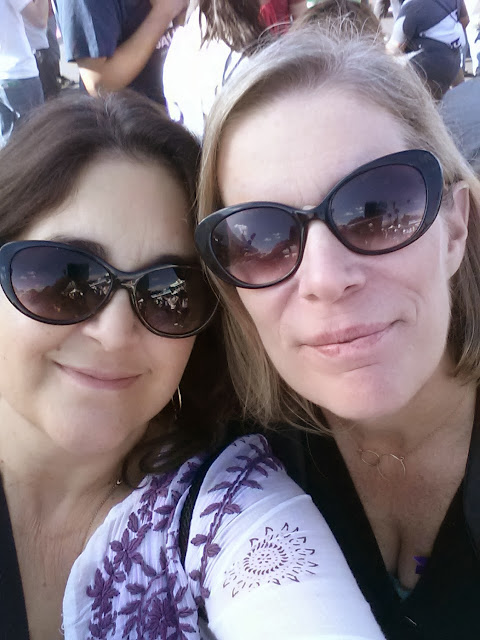 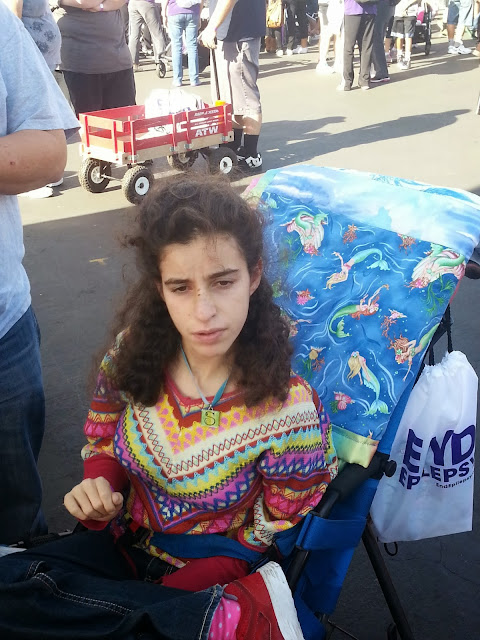 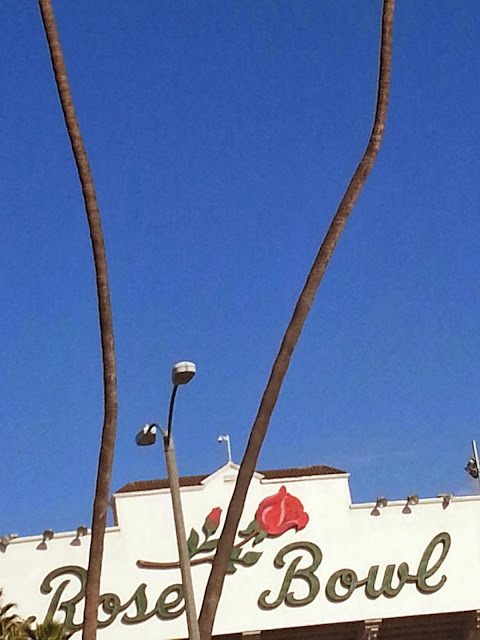 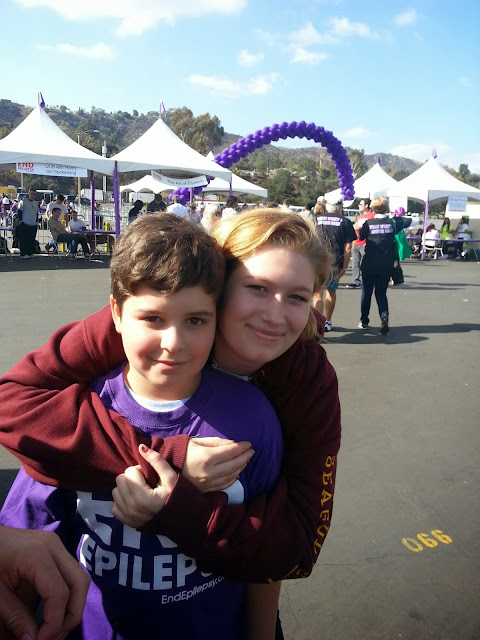 Here's the Quarterback of UCLA's Bruins -- very cool guy who brought in a ton of money in honor of his sister who has epilepsy: 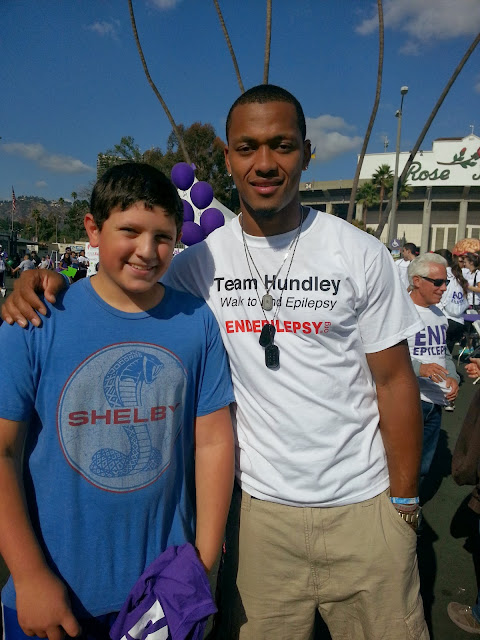 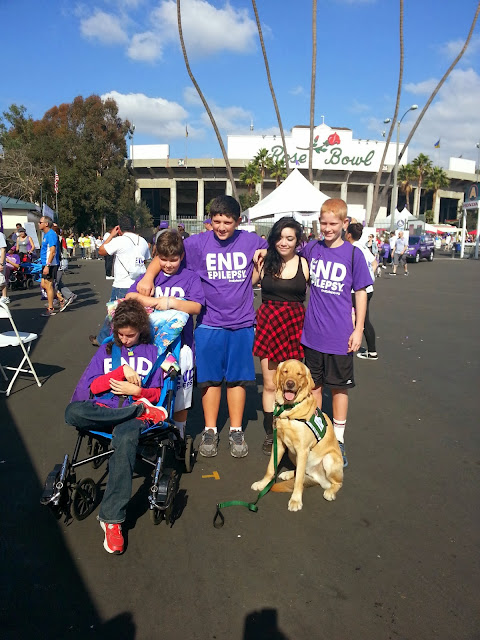 Here's Oliver with Henry, a seizure dog, courtesy of a canine therapy group that was founded by a high school classmate of mine in Atlanta, Georgia! 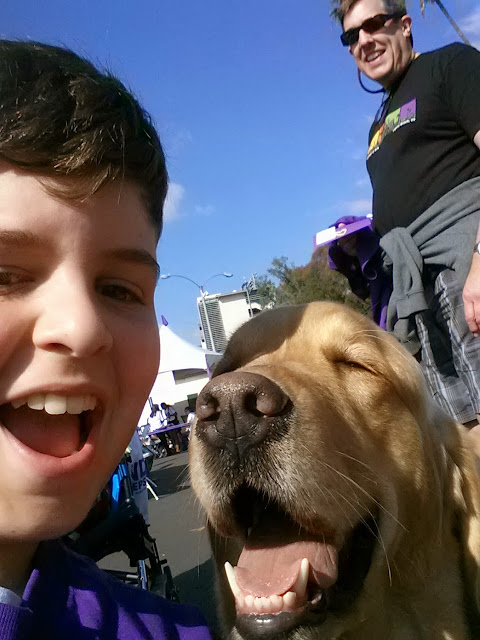 So, all was well -- until the unexpected happened. The Health Department showed up and Shut Ollie's Lemonade Stand DOWN for operating without a permit.

Holy crapola, right? And what the hey and WTF?

Oliver was devastated, to tell you the truth. He and his father had worked so hard, and he had hoped to make many hundreds of dollars, a significant portion of which he intended to donate to the Epilepsy Foundation. Yes, we told him how proud we were of him, how this was sort of a lesson in entrepreneurship, how frustrating these things are (it was difficult not to rant and rave against a bullshit government agency, but we didn't. I think at one point, The Husband who is generally quite the ranter and raver, particularly about America, said that the guy was just doing his job). It looked like the whole day was going to be ruined for him -- Oliver is not one to let things roll off his back, and I steeled myself for gloom and doom and sturm und drang. But do you know what that boy did after moaning and groaning a bit? He proceeded to help the Epilepsy Foundation give out the lemonade and chocolate chip cookies for free. Here he is being interviewed as a sibling of a person with epilepsy. I'm not sure where this footage will appear, but I'll keep you posted. 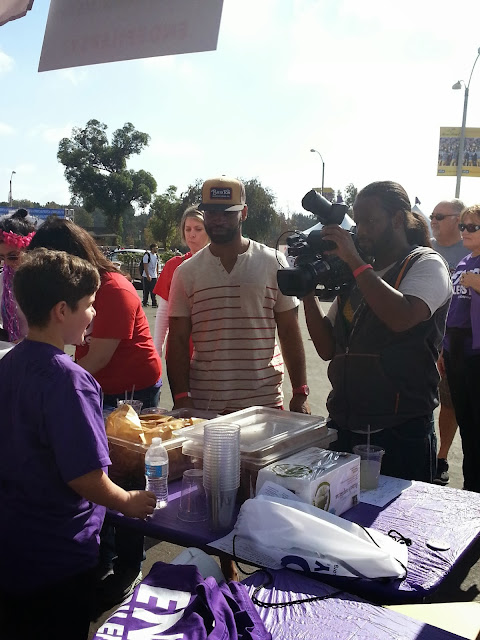 I was in tears and so proud of him.

So, all in all, the lemonade stand was a success in that Oliver learned about starting a business and dealing with the inevitable frustrations that come with entrepreneurship. They also made a good amount of money before the shut-down, and hundreds of people enjoyed the best lemonade and cookies in Los Angeles.


Thank you Craig and Carmen, Lisa, Bridgette, Bob, and Maccabee for coming out to support us. And thanks to all of you who donated so generously. We love you!

If you'd like to donate to Team Sophalofa, it's not too late. Here's the link to help us to END EPILEPSY.