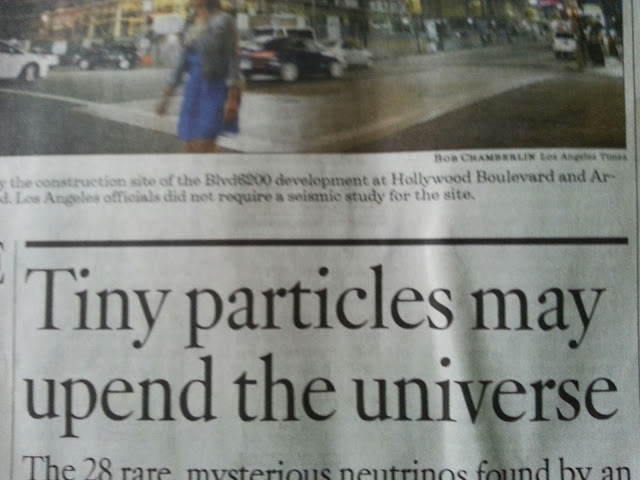 That was a headline in this morning's paper, and it just struck me. That's all -- it just struck me. So much that we think we know -- in fact, everything we think we know, lands up being debunked. This headline, that I glanced at on my way to the bathroom (I'm one of those people who realizes they need to pee well before they actually pee so that they find themselves really needing to pee well after they first noticed) provoked so many other thoughts: