How We Do It: Part XXXVII of a Series: Fragment 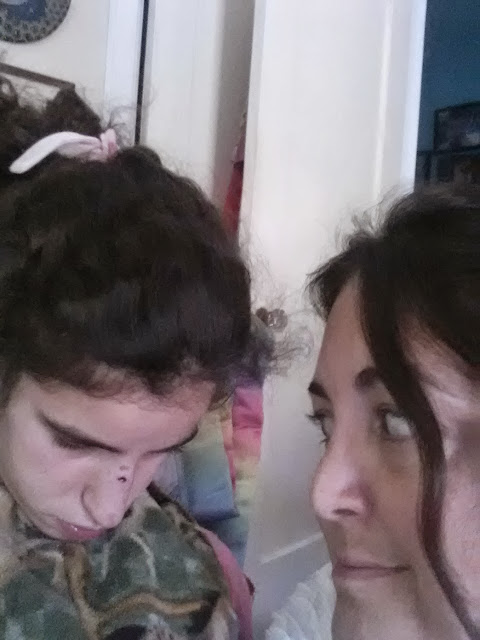 I took Sophie to the osteopath this morning, and she placed her gentle hands on Sophie and worked to move and heal her. In her silent room with a view of the gray Pacific, doves cooing on the sill, the doctor spoke softly and I lay my head on Sophie's stomach and closed my eyes and breathed in calming myself, breathing out smile. We spoke of Dr. Viola Frymann, the great and now very old osteopath who saw Sophie regularly when she was a baby and whose influence on me is immeasurable. I heard the gurgling of Sophie's stomach beneath my head, felt the infinitesimal jerks of her body, let tears slide out of my eyes, the memory of Sophie as a baby, the hopes for her, the compromises and acceptance, the despair and love and acceptance again, even of death. When I drove home, the cars ahead and around me glinting in a too-hot Los Angeles morning, I thought of the angry voices of the internet from that morning, those who call other mothers irresponsible for what they do and don't do for their children, the endless and interminable vaccination argument, black and white and how clicking them off, shutting those voices, xing them out, angry and stupid, doesn't still or instill anything. Sit with me, here, I think, lay your head, here, next to mine. Listen. Lower your voice. Abide.

Of course! The path to heaven doesn't lie down in flat miles. It's in the imagination with which you perceive this world, --