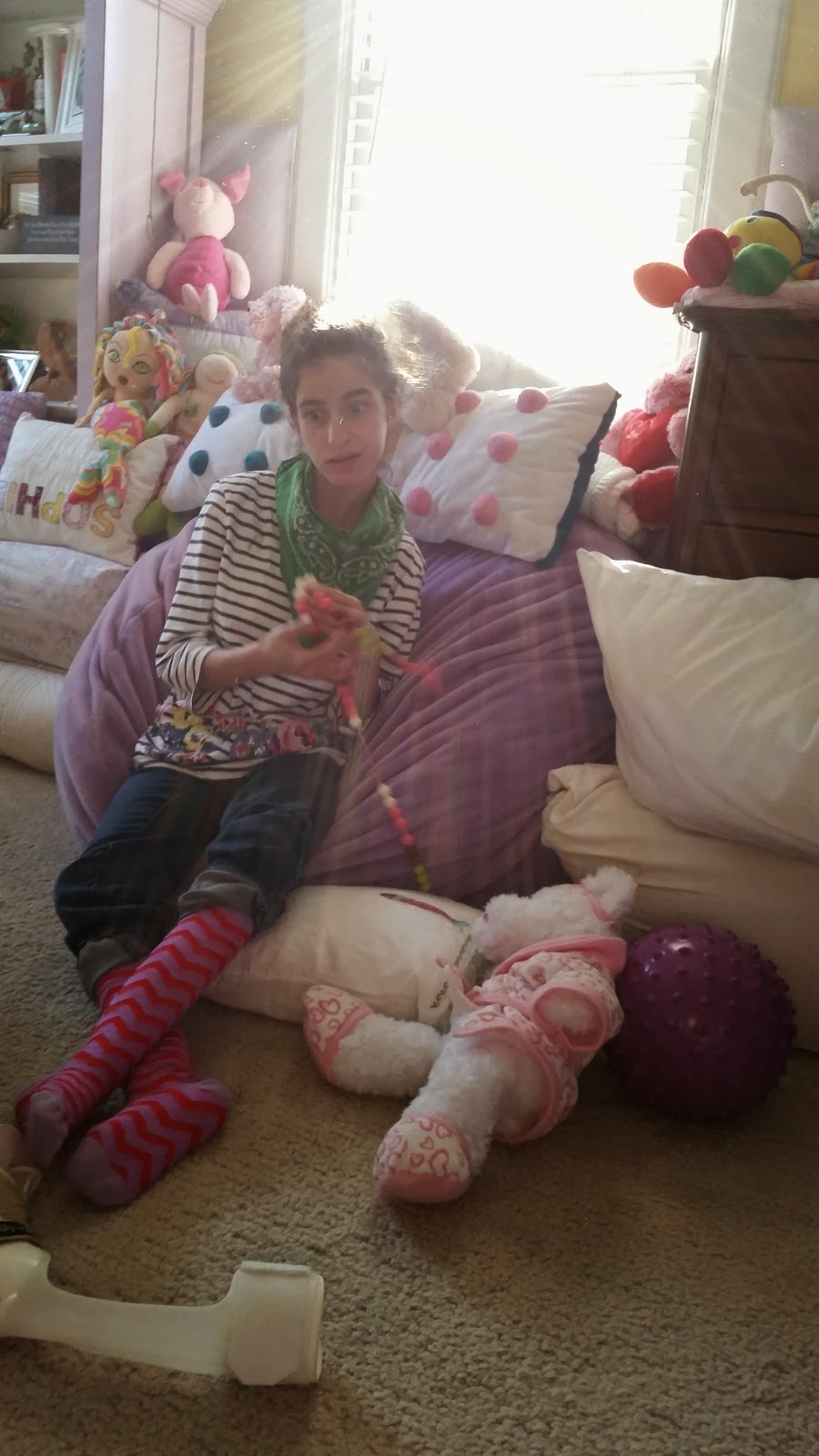 Is Sophie still taking the same amount of Charlotte's Web, and how much does she take? Is it working? Is it a miracle? Do you think marijuana should be legalized?

I think I mentioned a while back that I don't like calling any treatment that's been around for thousands of years and whose efficacy was basically hidden from the public because of politics a miracle.  A miracle is defined as a surprising and welcome event that is not explicable by natural or scientific laws and is therefore considered to be the work of a divine agency. I guess you could say that a miracle is also a wonder or a marvel, but when people start ascribing it to the supernatural or say that God gave us the plant -- well -- forgive my squirminess. I'm not a believer in that way. I just don't buy that God made the plant available to Sophie and not to someone like her in -- let's say -- Georgia, because She wanted a bunch of politicians to be arguing over who gets it and who doesn't and then somehow see the light and further glorify Her name by agreeing it might be helpful to some kids but only some kids and not all kids and certainly not with any of that funny stuff in it. Yesterday, I heard the mother of the American Sniper wailing on the radio and praising God for meting out justice to the sick soul of the soldier that shot her son to death by giving him a sentence of life without parole. At risk of sounding heretical or even offending someone, I wondered from the safety of my sexy Mazda where I was listening to this woman praise her God, if God had approved of her son killing those 166 people over in that evidently godforsaken country and then thought better of it and placed her son in the path of the other soldier who righted that wrong and then determined that he'd need to go to jail for a while and think about that and --- where was I?

The miracle. The answer to the question.

Sophie is now taking less Charlotte's Web Hemp Oil (CWHO) than she was last year, a tiny amount, really, and is on close to 50% less benzo than she had been when we began weaning in June of last year. The ratio of cannabis to THC in CWHO is approximately 26:1, and we have found that the coconut oil base is easier on her stomach. It appears that for many people taking cannabis, a smaller amount is better. So unAmerican, right? We have not added any THCa, or THC, something that many of the kids with epilepsy are taking to help seizure control (and something that God has determined should not be available in many states because of its psychoactive properties), but at least for the moment have tweaked the dosage to about the right point and are happy with the results. We believe the lower amount of benzo is allowing the cannabis to do its work and hope that as we continue to wean the drug --- slowly, slowly, slowly -- she'll continue to do better and better. This is touchy stuff, folks, and it's difficult to figure out. I know of many people whose kids are doing very well with cannabis, and I know some people whose kids are not doing so well or who have even seen a worsening of their symptoms. I think the combination of multiple anti-epileptic drugs and the exquisitely unique brain chemistry of each person make determining whether cannabis will or can help to control seizures very complex, but I believe fervently that every person should have the opportunity to try it and tinker with it. I also believe in legalizing marijuana in all forms and rescheduling it. Pronto.

She's good right now, and that's a marvel and a wonder for which I'm very, very grateful. The universe is abundant.
Posted by Elizabeth at 4:50 PM