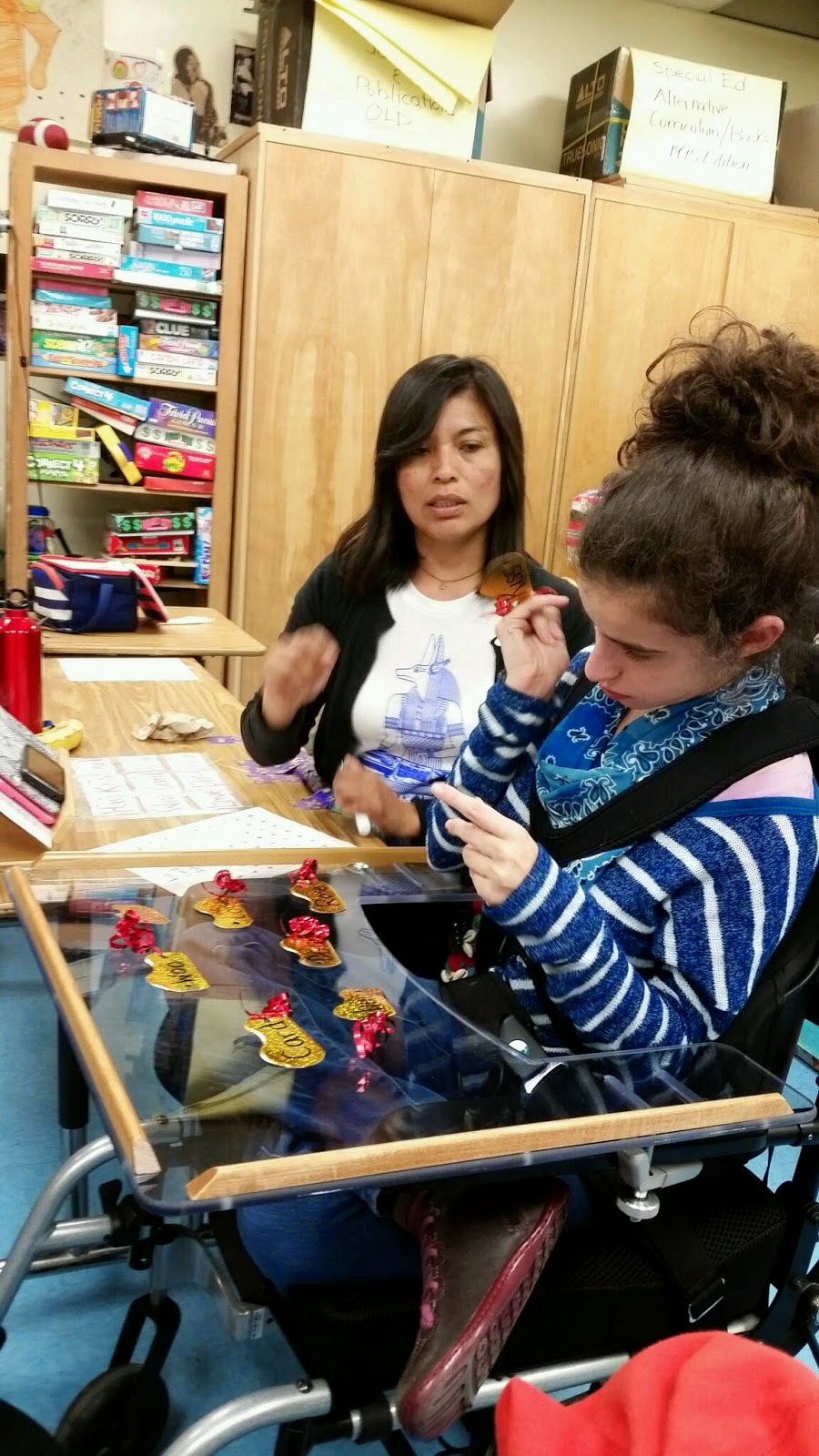 I got this photo yesterday of Sophie working on a new spelling program, and it really just makes me burst with gratitude for her aide, for her teacher and for our good fortune that she has a life outside of this one, the one I often write about.

I also neglected to tell you that I think we have an answer to Sophie refusing, periodically, to bear weight on her right leg. It sounds very much like she has what's called Todd's Paralysis:

What is Todd's Paralysis?

Todd's paralysis is a neurological condition experienced by individuals with epilepsy, in which a seizure is followed by a brief period of temporary paralysis. The paralysis may be partial or complete but usually occurs on just one side of the body. The paralysis can last from half an hour to 36 hours, with an average of 15 hours, at which point it resolves completely. Todd's paralysis may also affect speech and vision. Scientists don't know what causes Todd's paralysis. Current theories propose biological processes in the brain that involve a slow down in either the energy output of neurons or in the motor centers of the brain. It is important to distinguish Todd's paralysis from a stroke, which it can resemble, because a stroke requires completely different treatment.
You can read more about it, here.
So, there's some gratitude and a hats-off to the Powers That Be. I'm not completely batshit crazy.
Posted by Elizabeth at 5:44 PM