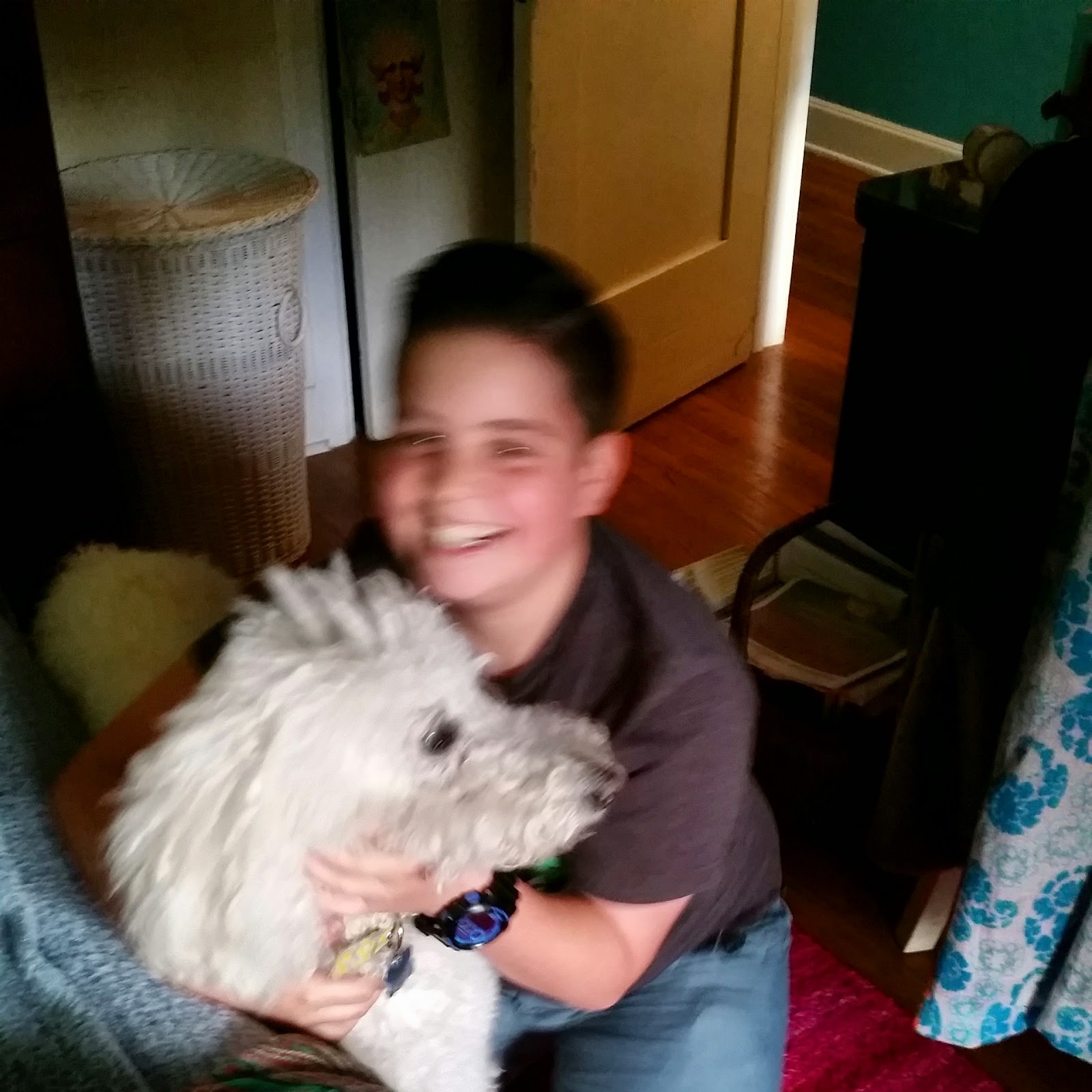 As we drove around the shitty today, I listened to Oliver chattering endlessly about the cars we passed, and I nodded my head while maneuvering the sexy Mazda and turned toward him at the stoplight when it turned red. You've got something black in your teeth, I said to him, and then like a reflex, have you brushed your teeth today? (it was late afternoon, and the sky ahead was pinking up for sunset). And then he said in a very good-natured tone, not at all miffed or even with the customary annoyance -- actually quite to the contrary -- but rather proudly, I've actually brushed my teeth at least once a day for about two weeks straight! Reader, he waited a beat, a beat that I thought was for me to fill in with the usual parenting jargon about teeth-brushing and hygiene, the beat that his brother, if present would have filled with You're a disgusting pig, but before I could begin, the light turned green, I had turned my head back to the road and simultaneously realized that we were both supposed to feel good about this diligence on his part. I used to NEVER brush my teeth! he said as I smoothly drove the sexy Mazda forward, and then he turned his head out the window and commented on the baller Tesla that roared by us.

Posted by Elizabeth at 5:26 PM