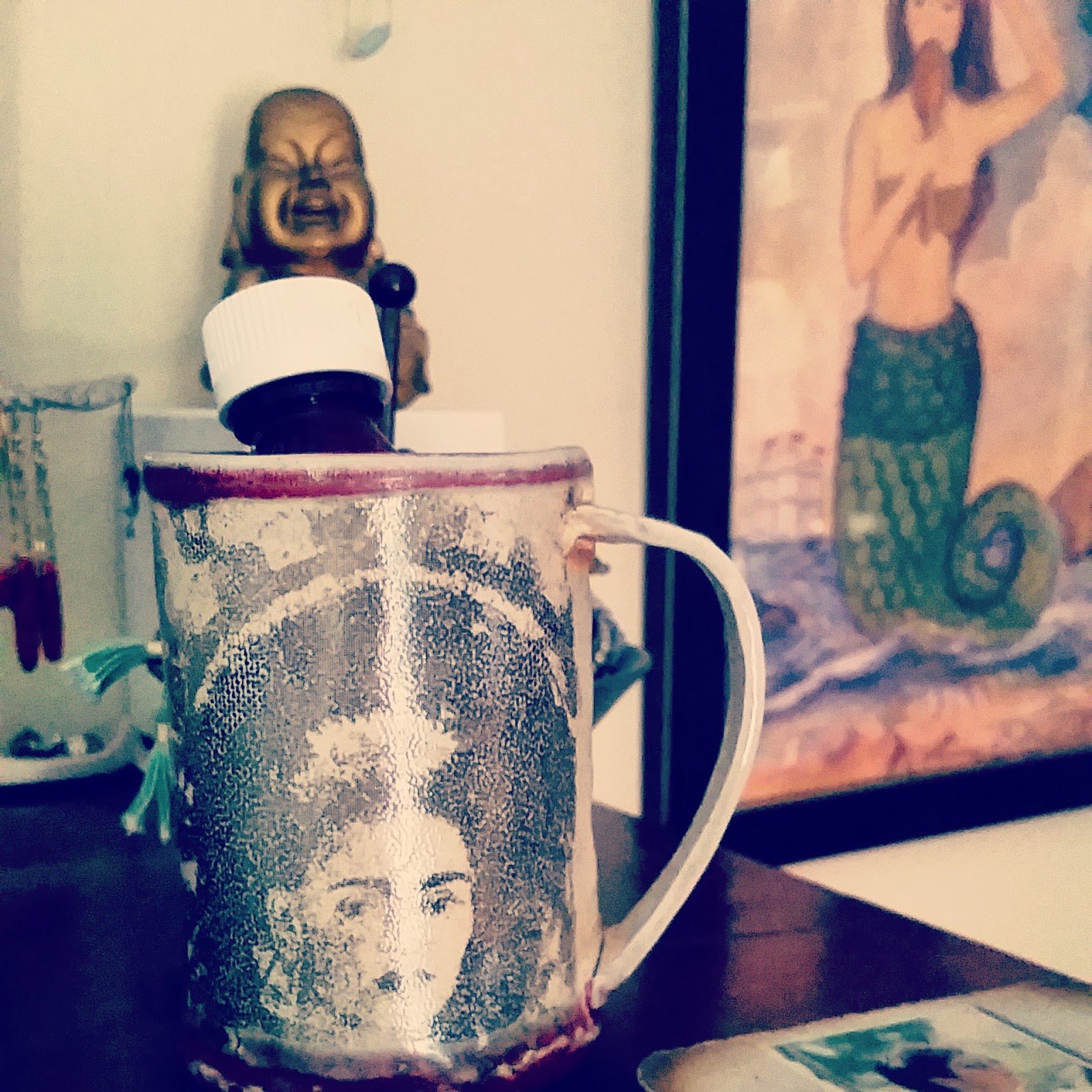 We just got a new bottle of Charlotte's Web Hemp Oil, and we're back to using the cannabis in a coconut oil base. That seems to be easier on Sophie's stomach than the olive oil one, and it sure tastes better. The coconut oil solidifies easily, though, so we warm it up slightly in a cup of warm water before drawing it up in a syringe. The whole thing, the whole catastrophe, as Zorba says. Hence, Frida. I think it's appropriate, given Frida's revolutionary politics and sense of humor. I've been looking through her diary and read a bit in the introduction that resonated with me, particularly as I continue to read through the more than 110 comments on the National Geographic article that appeared last week. Some of the comments are interesting and intelligent, a few are even compassionate, and a very few demonstrate an understanding of the article and by extension my story, but most of them have veered off into the Land of the Absurd where Absolutists and People Who Take Themselves Entirely Too Seriously start shooting one another while SCIENCE and MAGICAL THINKING dart in and out, dodging the bullets. By about comment 50 or so, I left off feeling despair and started doing Zorba's dance. Go watch it if you need a refresher.

Teach me to dance, will you?

I was cheered reading that Frida's Diary was the best example of this ribald, punning, dynamic genius for humorous language that makes Kahlo such an endearing and, finally, happy figure, in spite of all suffering.

"Her voice, all who knew her tell us, was deep, rebellious, punctuated by caracajadas -- belly laughs -- and by leperadas -- four letter words."


Anyhoo. That's why I stuck Sophie's Charlotte's Web (that concoction of Supposedly Not Studied Enough But Been Around For Thousands of Years and Used for Medicinal Purposes in 600 B.C.E. Cannabis and Coconut Oil in the Frida Kahlo mug.

Sophie is doing well. Her teacher told me today that "Sophie's back." They've been able to do some productive work at school, and her overall mood is better.

Cross your fingers and toes.
Knock on wood three times.
Do your Zorba dance.
Laugh like the Buddha.
You know the drill.

Posted by Elizabeth at 6:03 PM