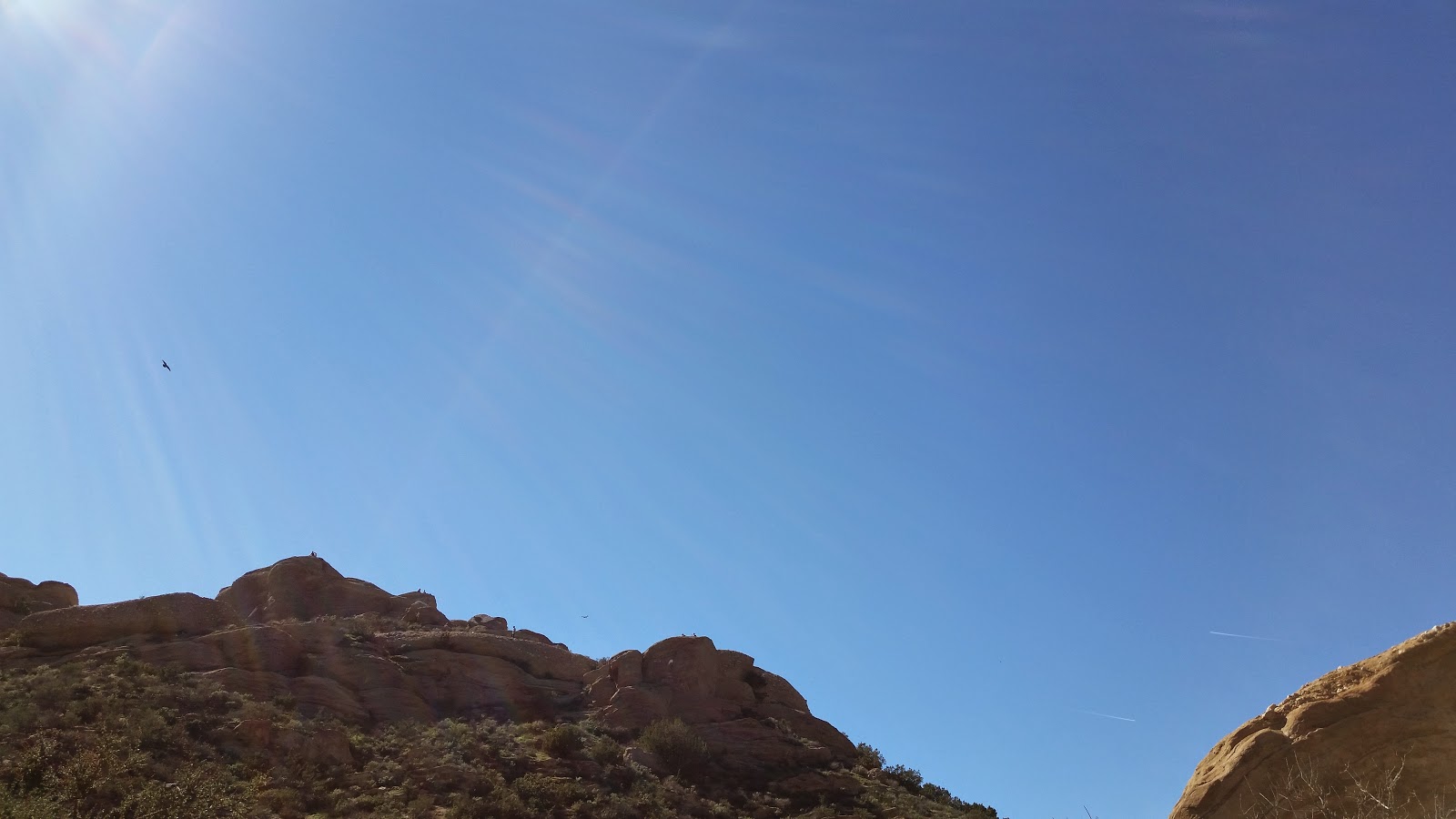 I took Sophie to Vasquez Rocks, off Highway 14 today. The park was on the sweet-sounding Agua Dulce Road, in the Sierra Pelona Mountains, about forty-five minutes from my house. I've lived in southern California for more than seventeen years, but I'd never been to this strange and majestic place. Not only a prehistoric site for the Shoshone and Tataviam peoples, I learned that the rock formations were used by California's most notorious bandit, Tiburcio Vasquez, to elude authorities.

I feel a little like eluding everything and everybody these days, particularly certain smug and citizen scientists on the internets. I imagine that if Sophie could talk or do anything more than hobble around with me, she'd be up for eluding people as well. 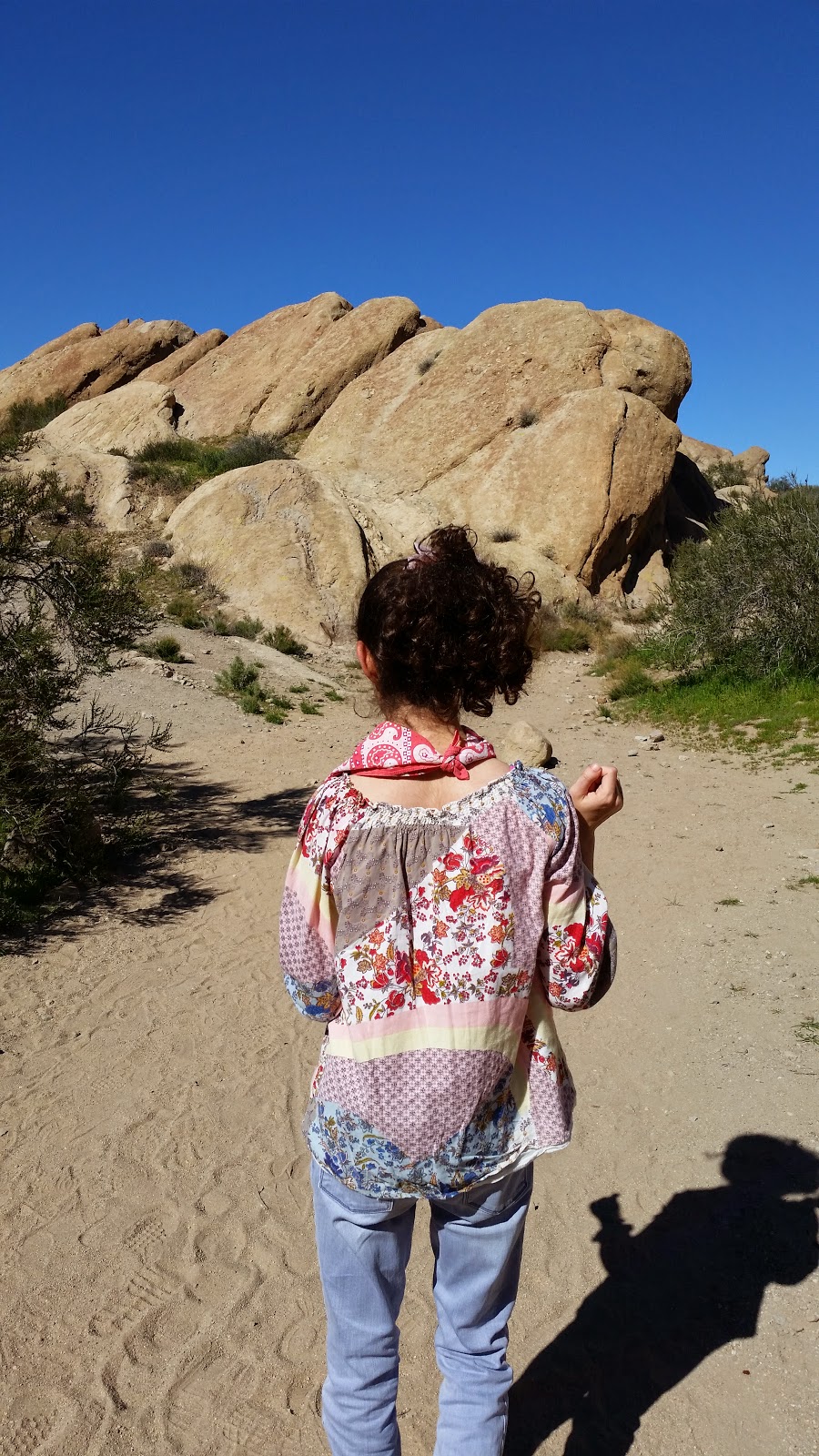 Given her inability to navigate, Sophie and I didn't see much of the trails that surround the rocks but we did have spectacular views. I let go of her for one moment to take the above photo, but visions of her stumbling and smashing her head made it only a moment. At the same time I realized with gratitude that at any other time in her life, I would have worried that she'd have a seizure and that I'd have to carry her back to the car or lay her down in the dirt until she was able to walk again. Trying cannabis last year despite the medical world's admonitions against it was a bit like eluding the authorities.

We sat under the shade of an over-hanging rock at one point and watched families scrambling up the sheer faces of the rocks ahead. 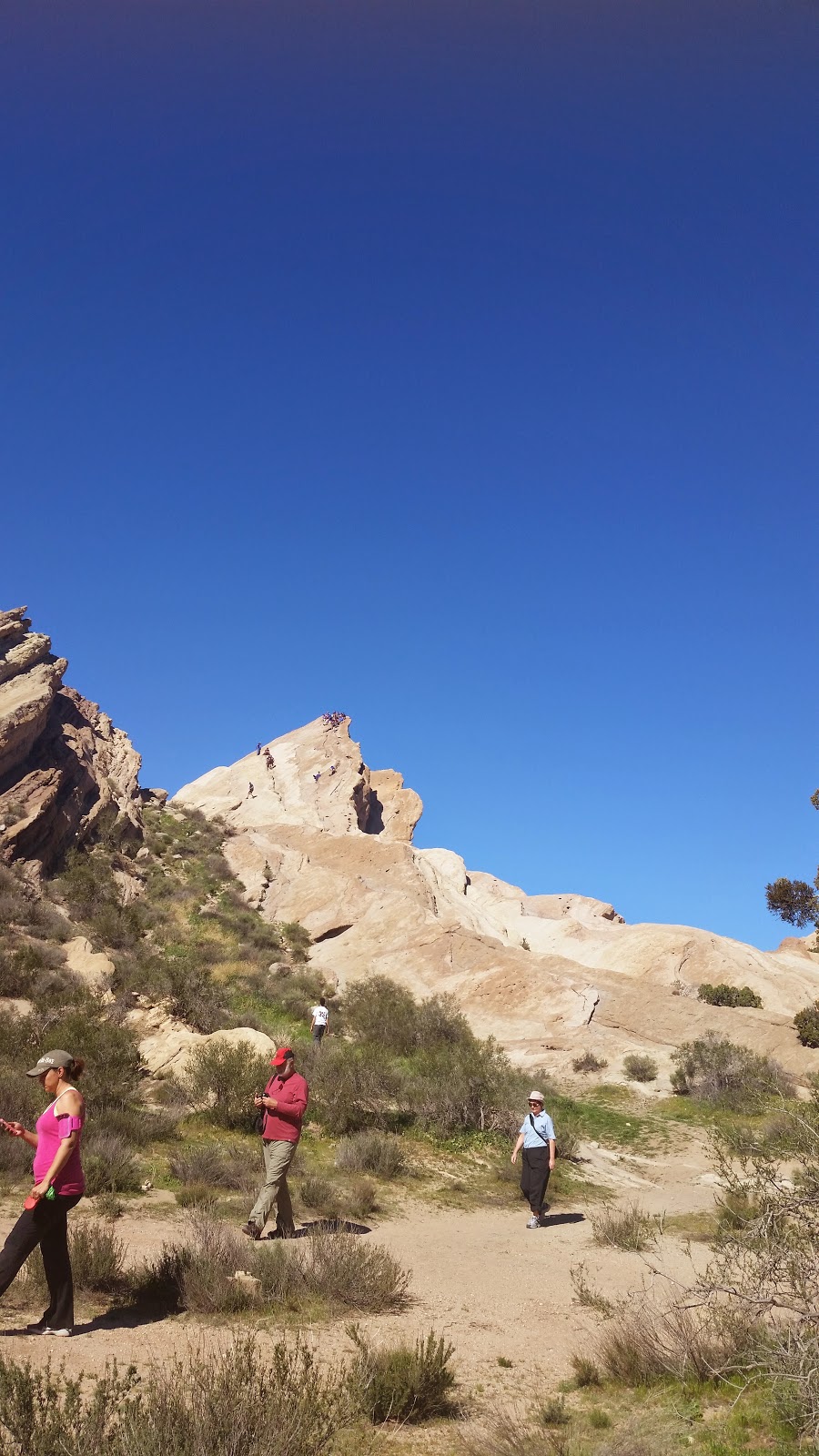 Hawks circled in the sky. An older Asian man sat down next to us, and the three of us sat, completely silent, in awe. 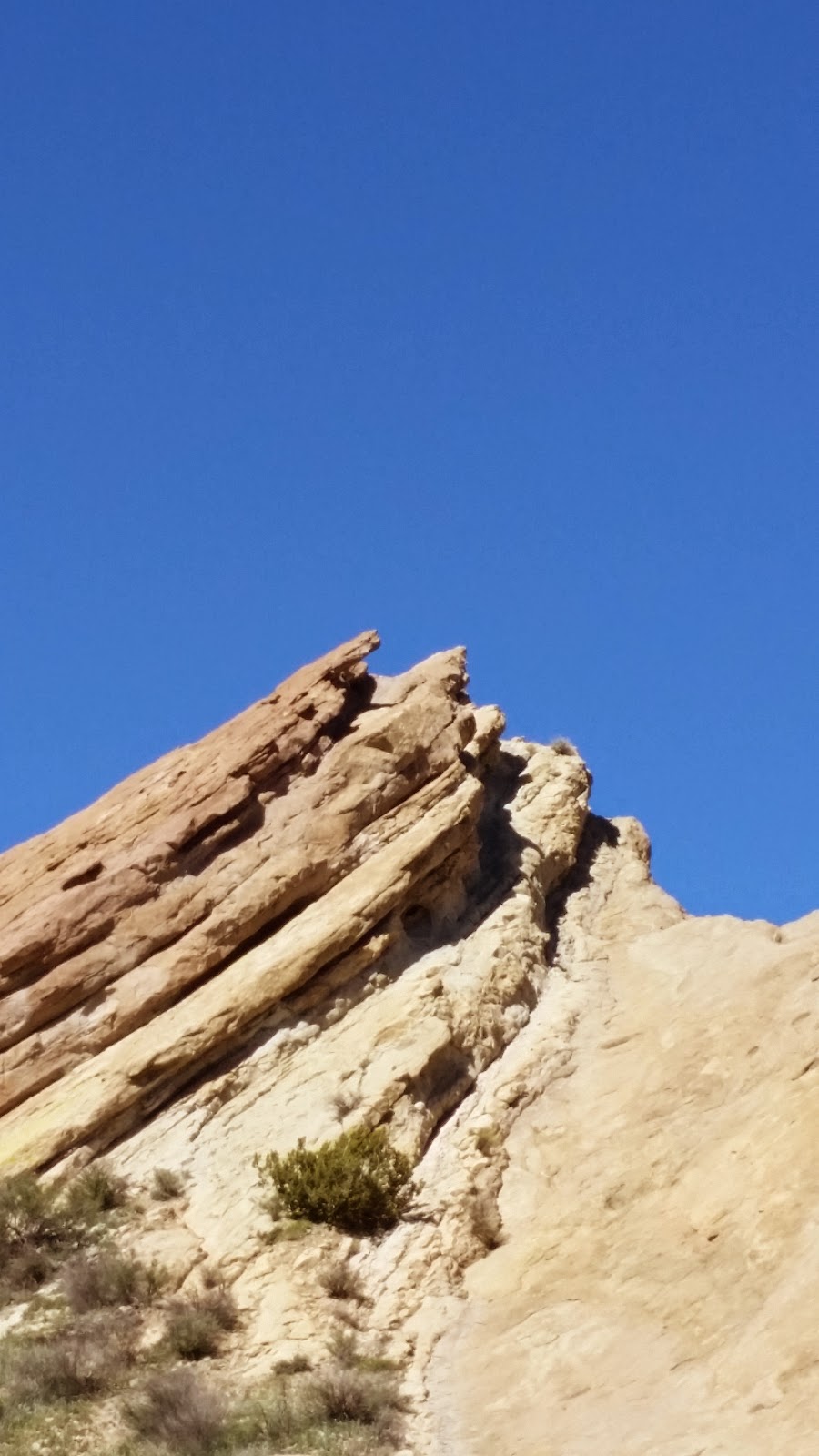 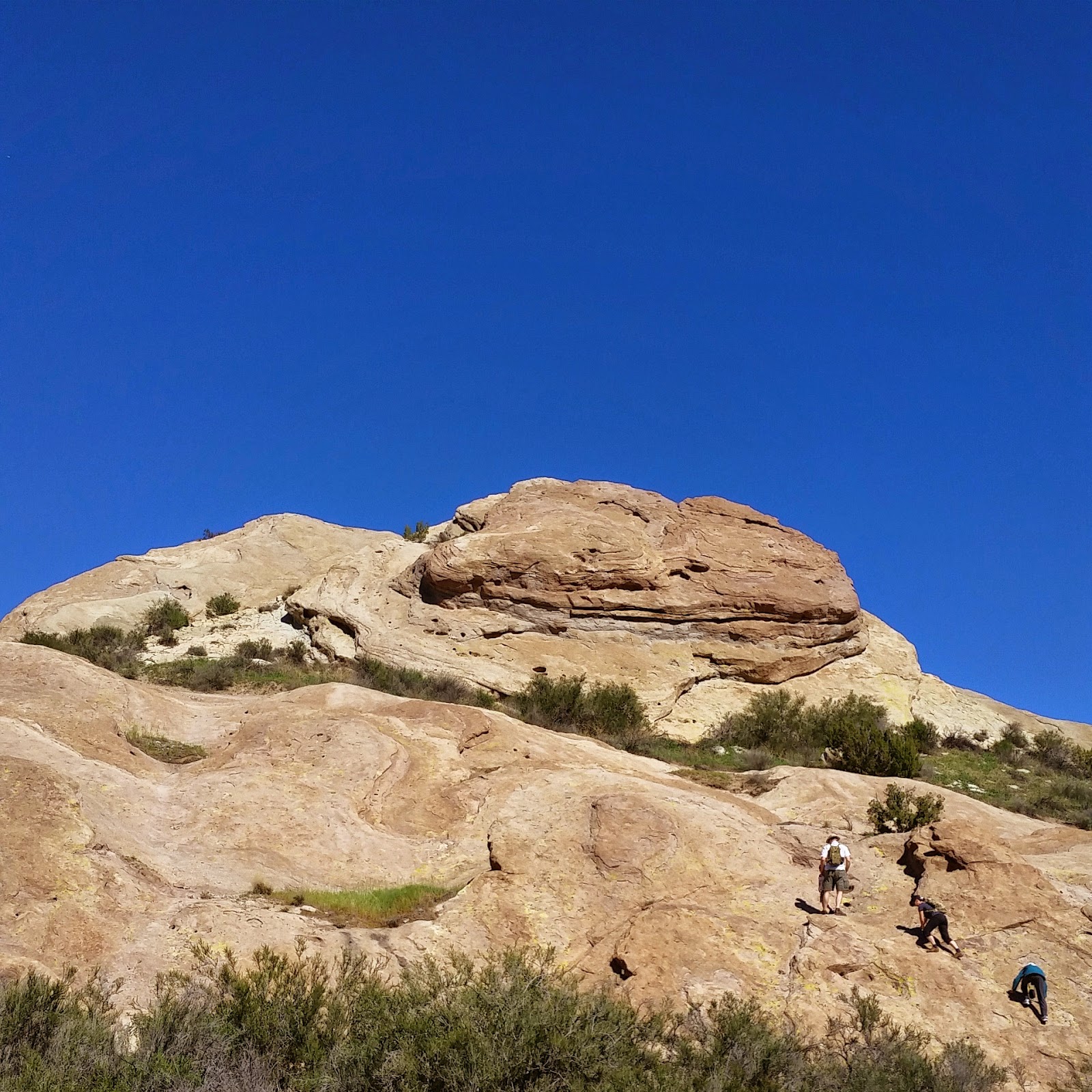 I carried on a conversation nearly all morning, in my head, with the citizen scientist on the internets who is so adamant about my "ignorance." A friend had emailed me that he'd looked her up on Facebook, described her to me, even down to the clothes her children wore. It's a strange, strange and big, big world.  I'm grateful that this woman's language, with all its intimations of fear and control, was finally silenced in my head by what I saw at Vasquez Rocks. 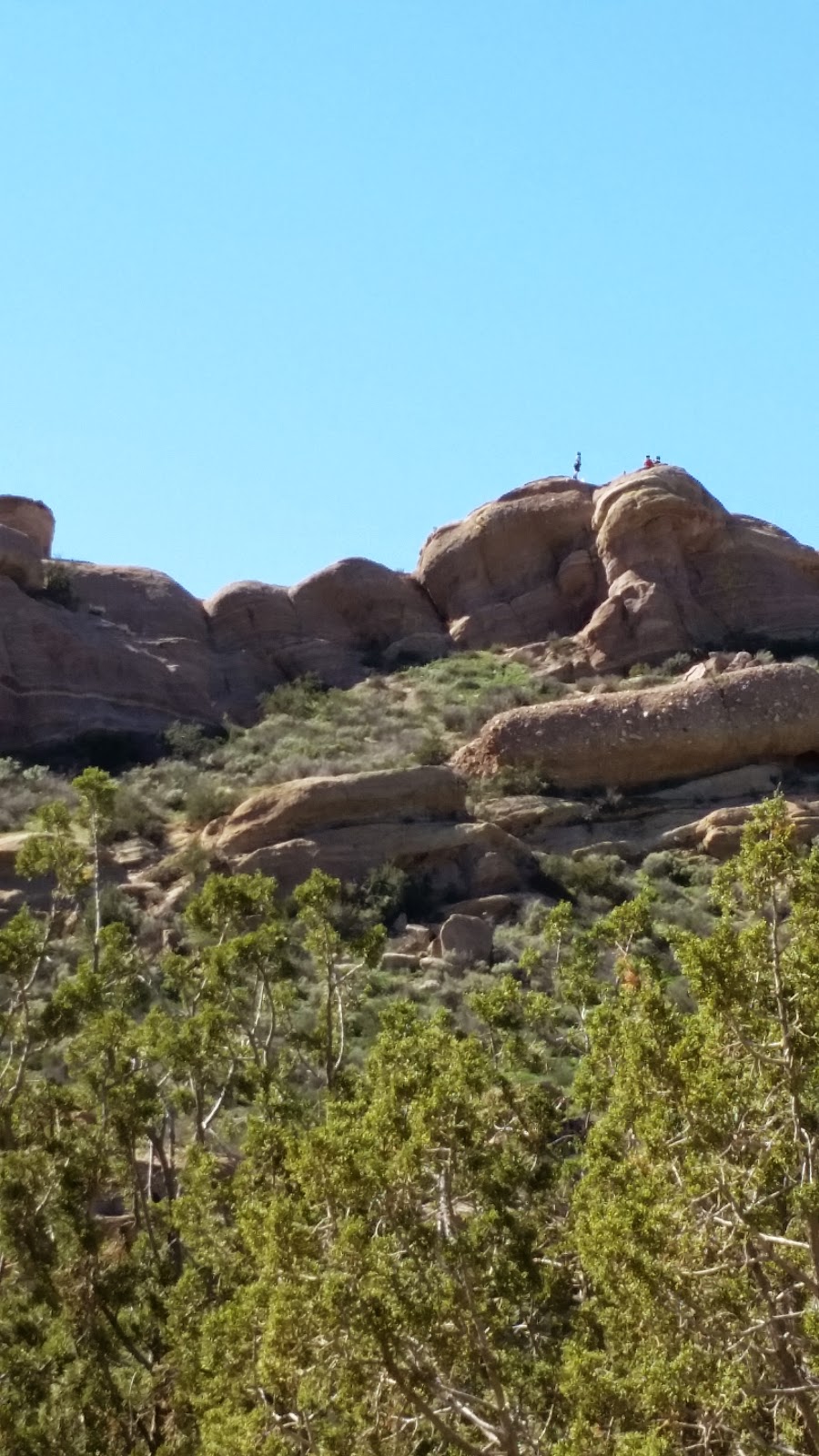 As Sophie and I wandered around where we could, I realized that I have no desire to climb to high places, to scramble up rocks and perch on edges, even if Sophie were able to join me. This afternoon, I had to look down and ahead, guide Sophie through some rocky spots. She looked down some of the time but rarely up. I wonder if she's oblivious and then I wonder if she's just soaking it all in. The breeze running through the scrub made branches sway gently, and that's what caught her eye. I pulled her onto my lap on another rock and rested my chin on her shoulder. I tried to imagine what she saw, what she thought, her language, her mind's eye. 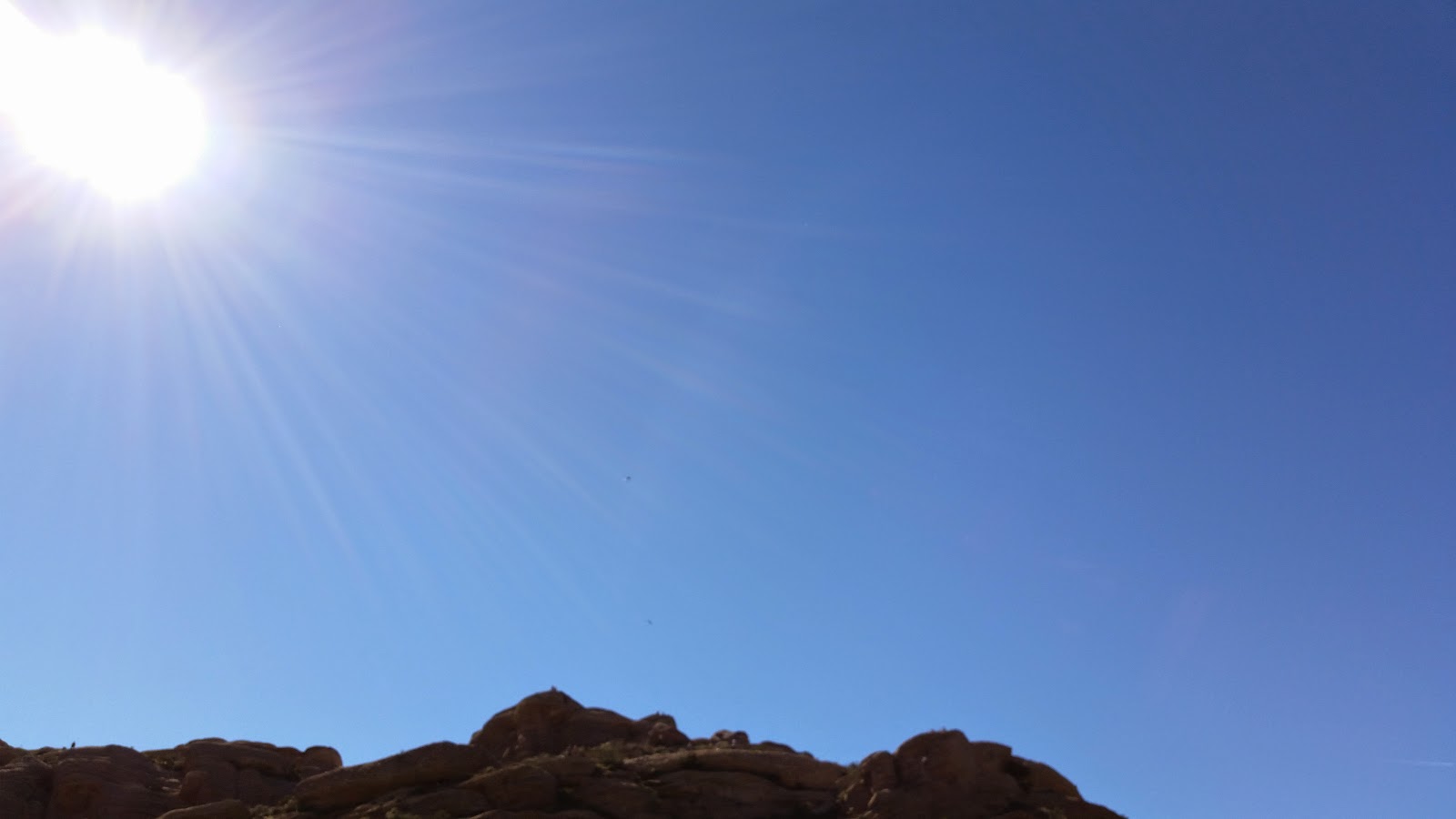 It occurred to me that the constraint of walking and being with Sophie gave me the opportunity to not aspire to something else and that the thrill was in the eye, her eye, my eye -- not so much beheld but beholden. 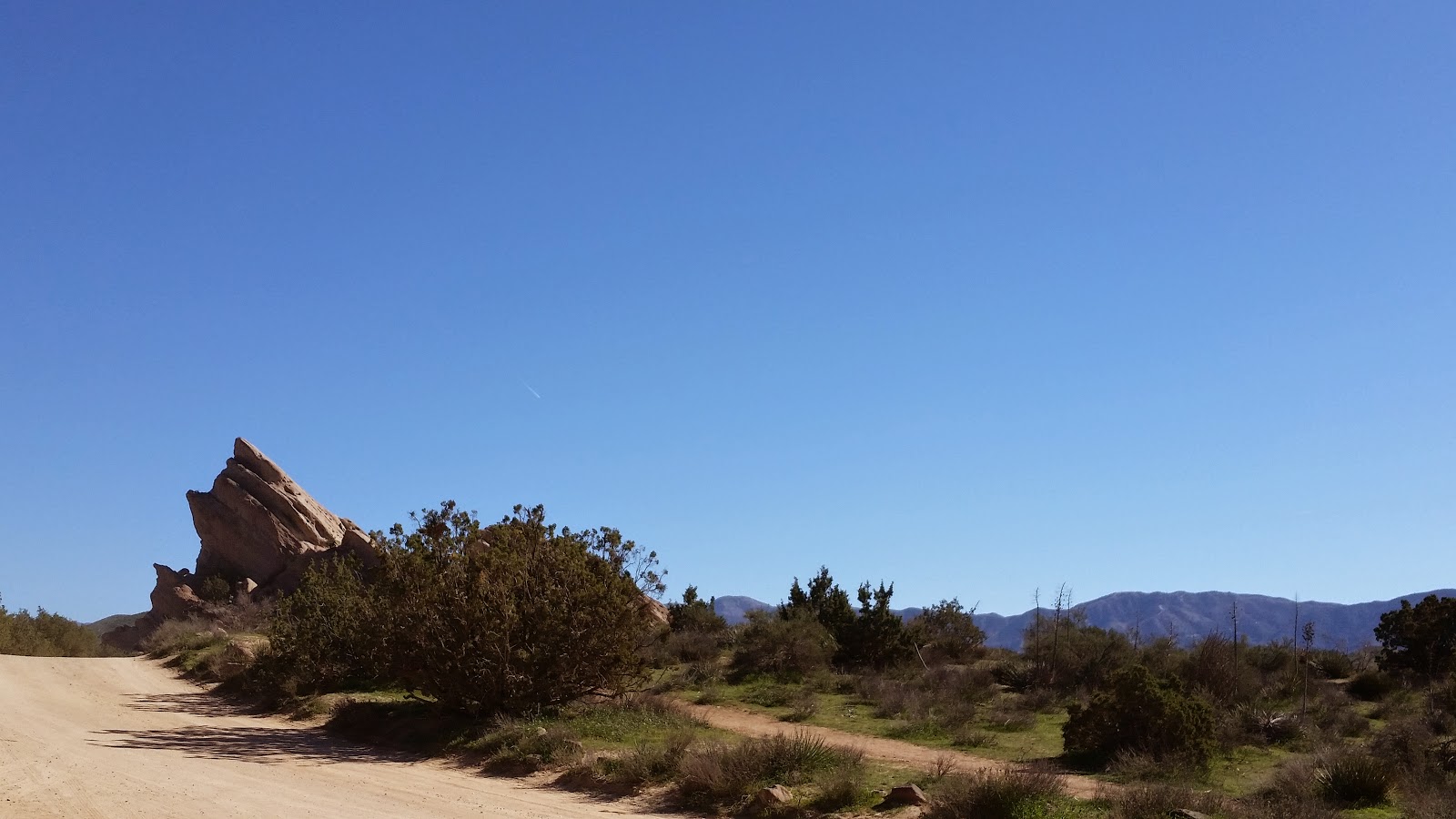 Posted by Elizabeth at 5:08 PM