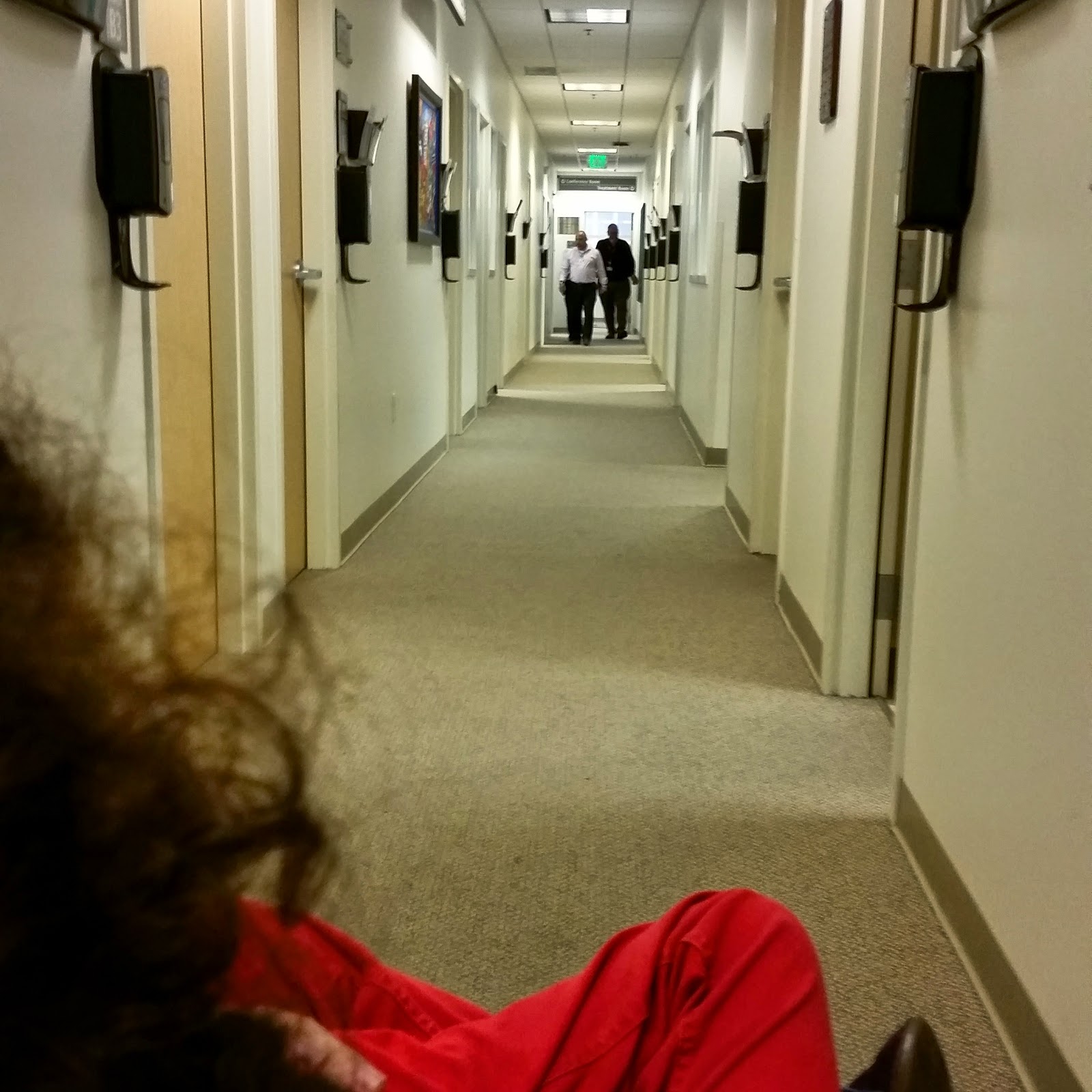 The desire to flee, to shove the baby under my arm, the toddler into a backpack, the child onto my back, the young woman into her chair and to just run the hell away is so strong that to fight it would be death.

I did an interview with a journalist this past weekend who is writing a story for National Geographic about the vaccination "debate." They wanted to cover the story of a family who believed in vaccinations and whose child had a negative reaction to a vaccine and therefore decided to delay their other children's vaccinations. I consented to the interview because I want to change the tone of the "debate." In response to a few questions, I pulled out some old documents in Sophie's medical file and found a small journal that I had kept beginning in January of 1995. I don't think I've looked at it in eighteen years. Sophie was born on March 8, 1995. On May 3, I wrote this: 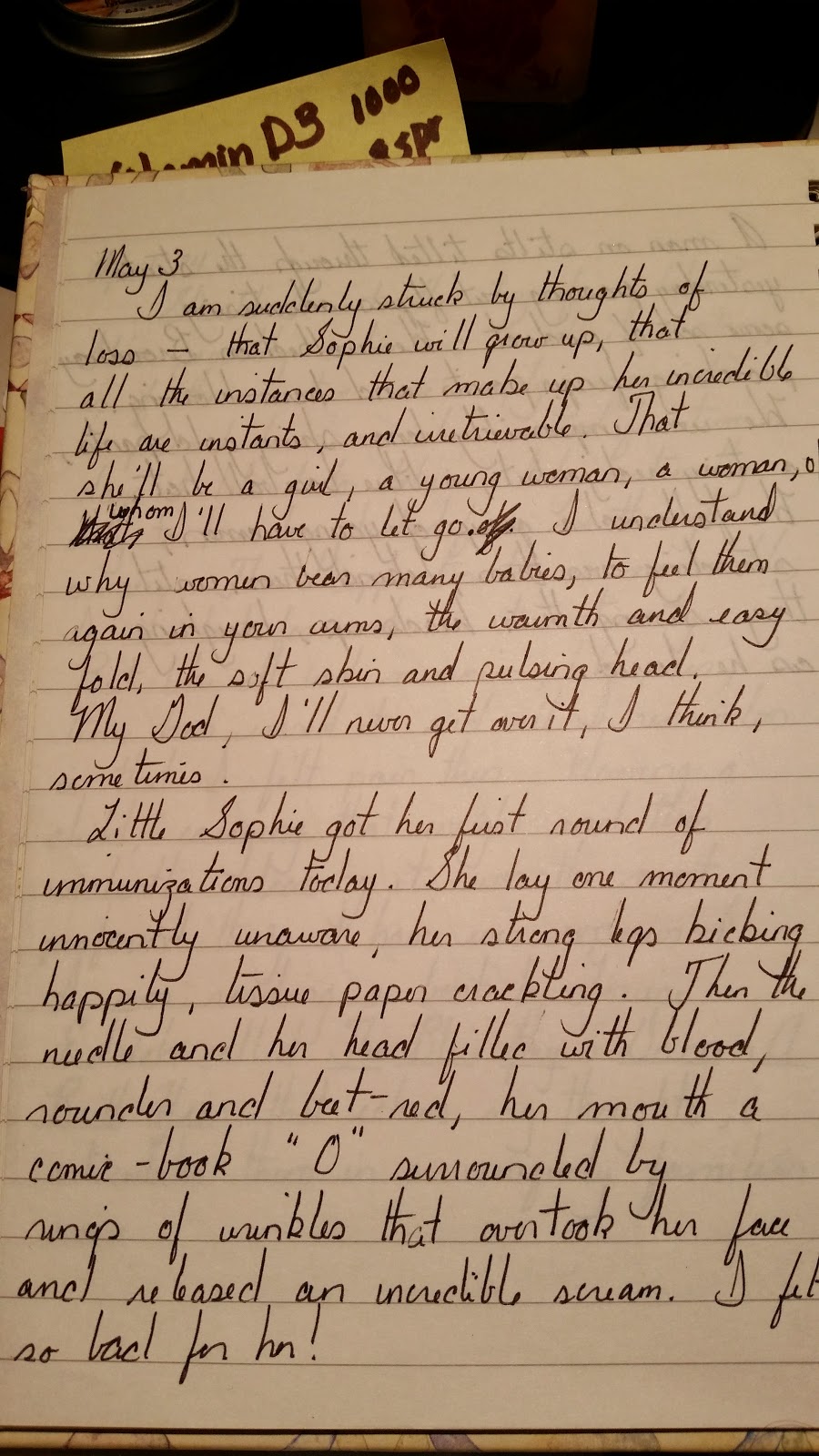 I had a couple more entries and then this: 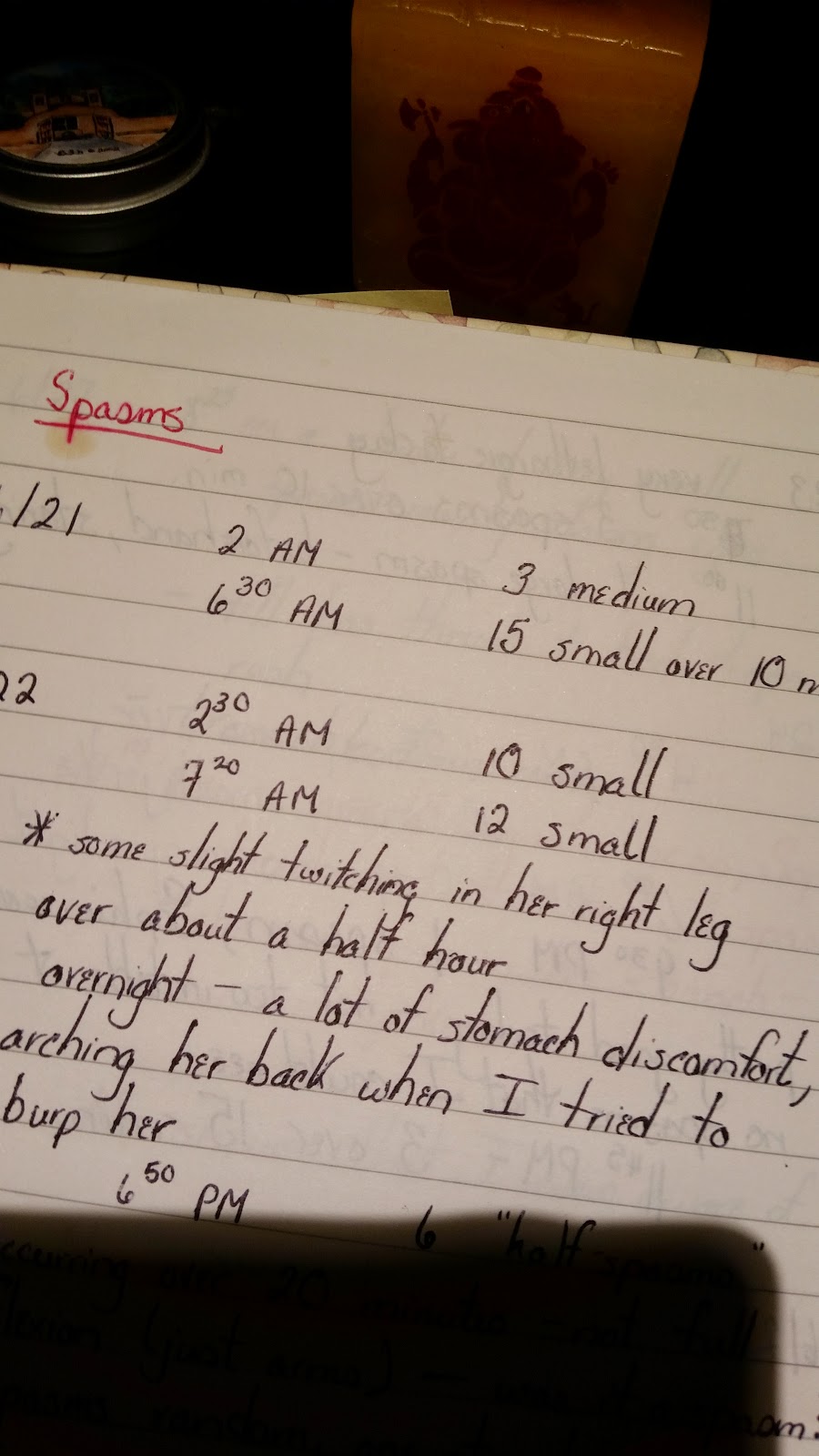 The rest of the journal consisted of precise notations of seizures and medications and every tiny little bit of behavior that we noted and noted and noted as we waited for things to get better.

I pulled out Sophie's vaccination record for the journalist as well -- that hideous yellow card buried in a file at the back of the file cabinet. I was stunned by the progression of events. I've never written about that, but I will. Wait on that.

Ironically, the past few weeks have turned my inchoate fear into a strengthened resolve. The journalist asked me whether the CDC or Powers That Be could do or say anything to sway me to agree to vaccinate my children by their dictates. I said, No. I said that they could continue to work on vaccine safety. They could do studies on the long-term health of the unvaccinated (it's been my direct experience that my two boys' health has been extraordinary compared to the general health of my friends' children and I'm curious to know whether this is an accident or something to think about in an immunological sense). I said they could acknowledge the risks of vaccines, and the many children and adults who have suffered from them, like Sophie. They could wait before whipping the country into a ridiculous fervor. They could disengage themselves from The Business of Medicine. They could acknowledge their mistakes. They could make amends. As for the herd? I said, Bless their hearts.

Posted by Elizabeth at 4:57 PM