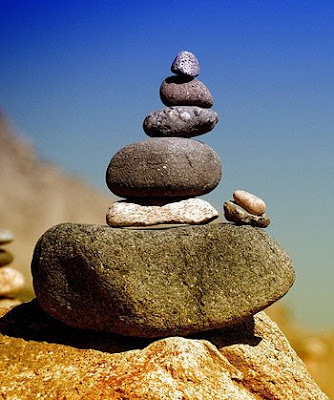 I'm going to do a little pseudofaulknerjoycetype thing right now and just write as a sort of exercise how my morning went in all of its chaos and, sadly, mundanity (is that a word?) because picking or peeling or lowering your child to the floor and then up so many times that it becomes a cliche is a cliche is a sad sort of affair but that's what happened when Oliver and I were in the bathroom with Sophie, brushing our teeth or I was brushing hers and Oliver was brushing his own and Sophie got that faraway look in her eye and she already was acting weird and probably shouldn't have been going to school but I just couldn't take it anymore, keeping her at home and I thought, possibly erroneously and certainly irresponsibly that I was just going to send her to school so that her aide could watch her instead and anyway, we're brushing teeth and Sophie's body stiffens and her head turns to the right and she lets out a groan as I simultaneously lift her up, stiff so that her hand gets caught in the shower curtain and sort of wraps around it and I'm still holding her and trying to balance her horizontally mainly because she broke her leg once during a seizure when it snapped from the pressure of the tonic thing but anyway Oliver is staring aghast and toothpaste is still in his mouth but he knows to try to unwrap her hand from the shower curtain so that I can carry her jerking now and horizontal out of the bathroom and around the corner to the bed where I lie her down and then simultaneously we hear the woman driving carpool beep in the driveway so that I have to holler for the boys to get going and don't make them wait but I also grab Oliver and look him in the eyes and tell him that I know it's awful but it's going to get better and I love him and Sophie will be all right but he runs out and down the hallway and collides with Henry who has missed this show and sort of brushes past Oliver on his way out the door and then Oliver yells, at the top of his lungs, which is a very good expression:

which is another good expression, really, but we frown upon here in our family, and I'm still balancing on the high wire here because I actually remonstrate, Oliver you shouldn't say that! as he runs out the door and into the waiting car. And from where I'm standing on the wire, perched there just barely, I wave at my friend in her car as she backs out of the driveway a smile plastered on my face saying Have a good day, boys have a good day!

And then I turn around and go inside.

Have you ever seen the movie Requiem for a Dream? It's a dark and disturbing nightmare of heroin addiction and a mother addicted to diet pills. Ellen Burstyn plays the mother and is truly unbelieveable, albeit nightmarish, in several hallucinogenic dream sequences. But that flashes through my mind, me on my high wire and I imagine that I could possibly resemble her: 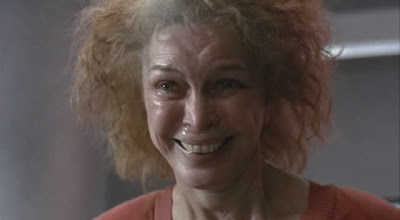 Really. The Heroic Husband (who works ungodly hours in his just-opened business) came home and drove Sophie to school when she recovered.

I had a good cry and took a shower and got dressed. Right before I left for my acupuncture appointment, my friend S called and when I said hello she asked me whether I had a cold or whether I had been crying and this made me crack up because she has a very, very difficult special needs child as well and she could just tell. And it wouldn't surprise her.

So then I felt better. Thank you S.

And then I went to see Dr. Jin who while I was lying on my bed about to be stuck with a gazillion needles asked me how I was and when I started crying she leaned over me and practically lay on top of me with the biggest hug. She told me that I was doing everything that I could do, that it was so hard to accept the situation, and so forth and she held my hand and patted my stomach and then stuck those needles all over me, turned on the Chinese music and went to go prepare my herbs.

I drifted off to sleep and when the door opened and she came inside I opened my eyes to a much better day. Meaning I haven't cried since.

She sent me off with a plastic bag of lemons from her garden and a huge bunch of Bok Choy as well as two bottles of tiny black pills on which she wrote Emotion on one and Energy on the other. Thank you Dr. Jin.
Posted by Elizabeth at 9:40 PM