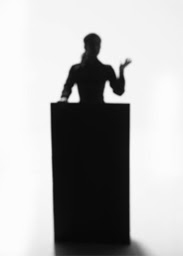 I got back last night from a few days in Atlanta. I was attending a conference as the Parent Co-Chair of an organization called NICHQ (National Institute for Children's Healthcare Quality). The project we're working on is increasing access and improving the quality of healthcare for children with special healthcare needs, specifically epilepsy. As the parent co-chair I work to ensure that each team working on the initiative has a parent partner who is involved in the work. The conference occurs three times in the year of the project and is a collaborative effort -- teams from all over the country come into it ready to work on improving the quality of the healthcare they are providing in their particular clinic, hospital, state, etc.

Anyway, I had the opportunity to do a "reading" of my essay in the new anthology Cup of Comfort for Special Needs Parents (see sidebar under Tooting My Own Horn for more info). I'm getting used to speaking in public after doing this work for a few years, but I'm always nervous to read my own stuff. It went well and a lot of people came up to me afterward to tell me how moved they were. It's galvanized me to continue working on this dang book that I've been writing for what seems like forever.

So that's where I've been. Now I'm home, working through hundreds of emails, piles of snail mail, laundry, telephone calls and catch-up. I've already had a conversation with a pharmacy in New York City that is going to order and send me the drug that Sophie is going to try next.

Did I just say another drug trial? Well, yes. The drug has been around for a long time but isn't available in the United States. It's a benzodiazepine that we're getting from Canada. From what I understand it isn't economically viable to approve it for use in the United States because there are so many derivations of it. The Neurologist thinks that it might help Sophie through this hard time. I've heard about it for years but could never get up the energy to pursue it. I don't really have the energy now to pursue it, but I don't have the energy not to either. The downside is that we have to pay for it, but it's relatively inexpensive compared to other AEDs (antiepileptic drugs). Who knows -- maybe if it works we'll move to Canada?

And by the way, the drug is called clobazam or -- get ready: FRISIUM. The name sort of makes me feel chilly.

Or reminds me of the French word frisson.

Noun 1. frisson - an almost pleasurable sensation of fright; "a frisson of surprise shot through him"
quiver, shudder, tingle, chill, thrill, shiver
fear, fearfulness, fright - an emotion experienced in anticipation of some specific pain or danger (usually accompanied by a desire to flee or fight

PERFECT, or should I say PARFAIT, non?