The Best of Birthdays 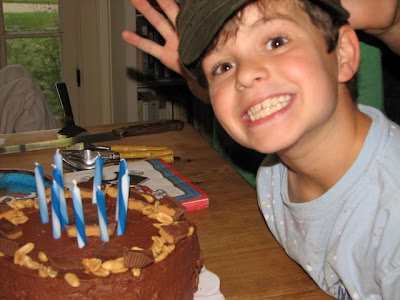 It's Mother's Day today, but it's also Oliver's birthday: May 10, 2001. And I've been upstaged. He's eight years old, my youngest Boy. When I had him, two years and nine months after Henry and six years after Sophie, I called him My Dessert. He was one of those babies who stayed in a little ball all the time, his soft head tucked under my chin. He was gentle and sweet and oh, so beautiful.

But then he grew. He stayed beautiful but not gentle and only sometimes sweet. He went through a stage when he first began to talk when he said I hate everyone and everything. 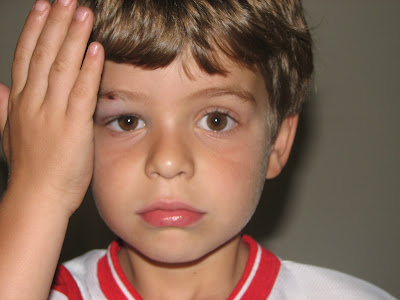 He got into trouble when he was about two and a half and said I hate Santa.

He has said all manner of shocking things, including Jesus is boring to a carful of Catholic schoolboys three years older than he. When I asked him what he wanted for Christmas one year he replied Nothing. I want to be Jewish. 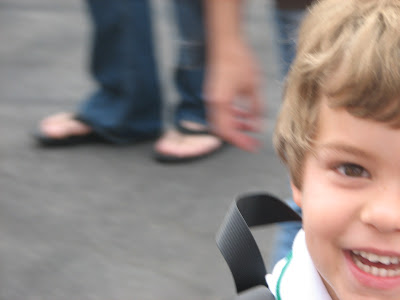 After a young babysitter watched him one afternoon, he commented to me that he'd seen the woman's "crack." When I asked him what he meant he pointed to my breasts and said, that. What is that crack? I told him it was called cleavage and he said, very quickly, I want to put my finger down that lady's crack. He was barely four years old. 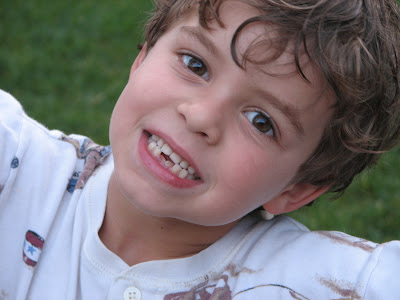 Oh, Oliver, my dessert. A face like an angel and a tongue that could cut you down. He sucks his thumb and carries a blanket. He loves our dog Valentine more than anyone else. He is fierce and loyal and irreverent and drives me crazy. He has driven me to tears but more often makes me laugh. 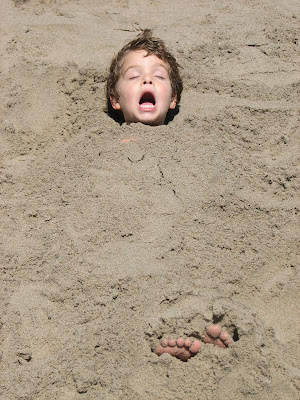 He is honest. He has wondered aloud and worried about who will take care of Sophie when I get old. I don't want to take care of her, he said. But he always wishes that she would not have special needs. 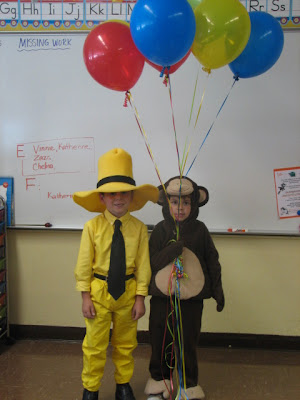 He's insisted that he wants to be a mailman when he grows up, because I like the shorts, the truck and I'm a good sorter. He also wants to live in our back cottage when he gets older, by myself with no wife or family, he told me.

My son the Mailman who lives in my backyard by himself. Should I be nervous? 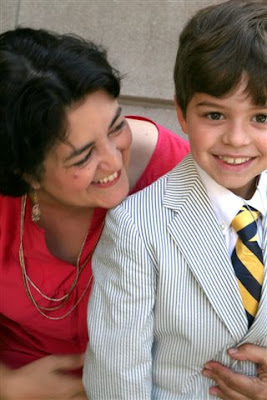