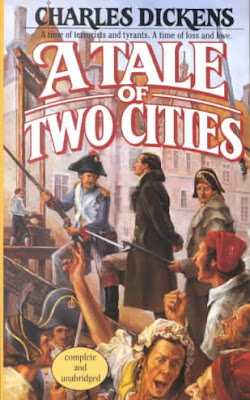 Not sure whether I mentioned it, but part of the very big reason that I'm near to INSANE these days is because Sophie has been home from school for over two months. She's on this crazy Los Angeles Unified School District schedule and is considered Track B (which is the district's inane attempt to ease overcrowding by opening schools year-round for four different tracks). Track B goes to school for four months and then is off for two, on for four and off for two.

Don't get me started.

Anyway, she was supposed to go to school last Thursday but lay in bed, clammy and sleepy and having lots and lots of seizures. She's partly in withdrawal from the latest medication trial (which didn't work) and partly maybe having a recurrence of a big bad seizure syndrome called ESES. We'll know more definitively what is going on (or not) this Thursday when she goes into the hospital for overnight testing. And I was going to go into a very long post on the breakdown that I had trying to get her a bed for the test, but who wants to hear another insurance/inept healthcare system in America/crazy, crying, bitter mother story?

I'm not looking forward to it and have been pretty much in a state of creative denial, as my friend Jody calls it. Hence the videos of babies laughing, etc.

Anyway, Sophie appeared to be feeling well enough to go to school this morning and after her usual bout of morning seizures, I dressed her, fed her breakfast and got her backpack ready to go. I have a lot of complaints about the school, some justified and others just rants when I know too well that ranting won't ever change the system. I've mentioned it before, but Sophie basically goes to a school that's very, very disadvantaged. Her class, though, is sweet, led by an able teacher and a supportive staff. The other students love Sophie and in their own inimitable way welcome her, always.

So, I admit that I'm in tears just about every morning these days in spite of myself. In spite of the praying and meditating and thinking and trying not to think. In spite of the support of everyone I know and the joy of raising my boys. The only reason I'm not in complete and utter despair is because I cling to the fact of impermanence.

This, too will change is my mantra and while it slips from my grasp, fish in the brain swimming by, all is vanity and love conquers all.

Sophie's aide walked up to us today when we arrived at school and Sophie stood up, reached her hand up to her face and gazed into the woman's eyes. For almost a minute, steady and focused. And she smiled.

The rest of the day wasn't so good for her, and the night isn't either. I never thought I'd think it but Thursday can't come quickly enough. Tonight at the table, the boys and I went around and said "the worst" and "the best" thing that had happened to us that day.

My Worst: Sophie's morning bout of seizures.
My Best: Seeing Sophie smile at her aide at school.

Henry's Worst: Not getting a hit at baseball practice.
Henry's Best: Hearing about Sophie's smile.

Oliver's Worst: That I made broccoli for dinner.
Oliver's Best: That he is thinking about his birthday on Sunday.
Posted by Elizabeth at 8:59 PM