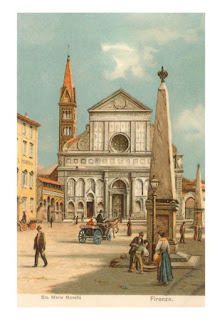 I haven't told you, but I got into a bit of a blog snafu the other day (who ME? A snafu?). I read, regularly, the blog of a person who writes well and passionately about causes that she really believes in. Her opinions are usually very well thought out and I enjoy reading them because they are the polar oppposite to my own, politically. Last Friday she wrote a bit about this education debate and the address that Obama is going to give this Tuesday to public school children. In her comment section (and I'm not giving the link because I know my own readers and most would find it incendiary!), though, were several remarks that I personally found ignorant and outrageous, the sort of stuff you hear on prime-time cable news -- you know the stuff that Rush and Glen and all the other buffoons espouse and then fan into hysteria -- anyway, I opened my very big mouth and quicker typing fingers and shot off a comment of my own that then engendered what I wouldn't call a discussion but a defense of what this blogger said. And in one of those comments the word racist was flung, the insinuation being that since I'd made a sarcastic remark about Texas being the source of all this bullshit about the Obama speech and how I was glad that I didn't live in Texas, well, I was a racist.

And that made me MAD AS HELL. But  the person who called me a racist was actually, really ignorant about what a racist is and what it actually meant. And when the dust settled and she had apologized quite gracefully and I had compromised by admitting to some prejudices, all seemed well.

And I walked around most of the weekend, thinking about the exchange and at turns feeling sickened by not so much it, the "debate" in the comment section of a blog, but by the significance of The Thing. By my certainty that what is happening in this country around Obama is something unprecedented, something almost unclean and deeply, deeply serious. And it makes me nervous and anxious and almost ready to get the hell out of Dodge and move to another country. I don't want to make peace with people who listen to Rush and Glen Beck and wear guns at town hall meetings because they can. I don't want to come to some sort of compromise with people who keep asking whether Obama has certified that he was born in this country. I don't want to be friends with people who think their children are going to be brainwashed by socialism if they listen to the President give a twenty minute speech in their public school classroom. I don't want to be compassionate toward those who throw around the terms "pull yourself up by your bootstraps" and "liberty" in the same sentence while they advocate torture and innocent slaughter of tens of thousands of people in countries tens of thousands of miles away.  Perhaps I'm growing more and more intolerant, but I'm just weary of trying to be tolerant of the intolerant. Because the truth is that I don't care if my children are educated about socialism, and I don't care whether the phrase "under God" is in the Pledge of Allegiance or not. I don't care what public official has had what kind of affair with whomever, as long as it's not interfering with his duties as a public servant. I really don't care.

I could rant and rant forever, I suppose, but I won't. I'm tired.

And now I'll direct you to the most kick-ass Sunday Sermon I've read in a long time, from my friend Ms. Moon at Bless Our Hearts. Go read it by clicking HERE.
(and now do I say, God Bless America?)!!!!!
Posted by Elizabeth at 11:42 AM