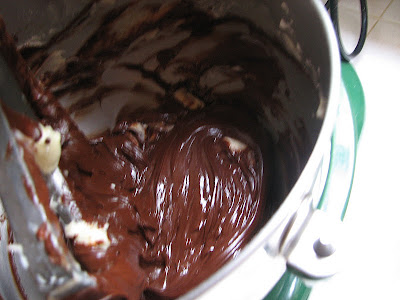 In the last couple of days, I've made a couple of cakes and a few dozen cupcakes. I've used the same recipes for basic chocolate cake and vanilla cake for years and years, but I've recently started to use Martha Stewart's Dark Chocolate Frosting, and I have to say that is, hands-down, the best recipe for a simple buttercream that I've used in the twenty years I've been baking.


Place chocolate in a heatproof bowl set over (but not touching) simmering water. Turn off the heat; stir occasionally until chocolate has melted completely, about 15 minutes. Set bowl on countertop and let chocolate cool to room temperature, about 30 minutes.


Meanwhile, combine cocoa powder and boiling water in a small bowl; stir until cocoa is dissolved.


In the bowl of an electric mixer fitted with the paddle, beat butter, confectioner's sugar, and salt on medium-high speed until light and fluffy, 3 to 4 minutes. Add melted chocolate; beat on low speed until combined, 1 to 2 minutes, scraping down the sides of the bowl as needed. Beat in the cocoa mixture.


Lick the glossy frosting until you feel queasy. 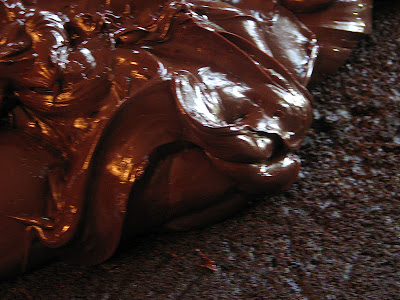