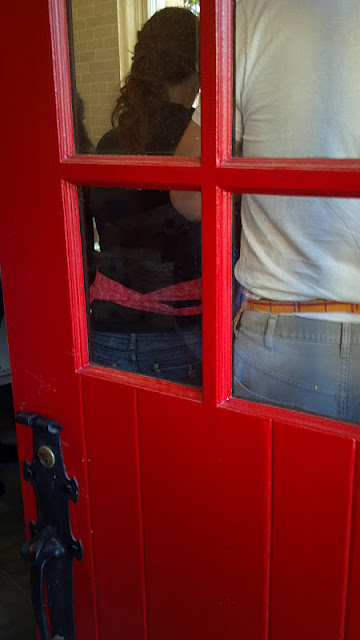 I impulsively bought myself a day of pleasure yesterday at The Institute of Domestic Technology. I know the name sounds ponderous, perhaps even pretentious, but the place itself is neither of those. Basically, it's a group of people committed to bringing back or even re-invigorating the art of home economics. Their mission is to reverse-engineer the notion of where our food and ingredients come from.  I took the Foodcrafting 101 class, devoted to jam-making, cheese-making, and bread-making. The class was at the amazing Zane Grey (the western writer) estate in Altadena.

We worked in a refurbished barn tiled in shiny gray with stainless steel appliances and a huge work table around which we stood and listened to the food artisans. 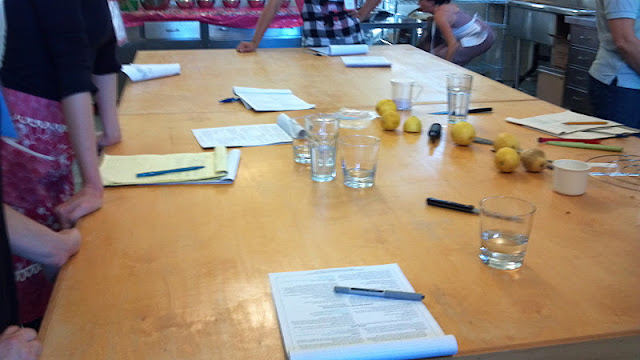 First up was bread-making with Erik Knutzen of rootsimple.com and The Urban Homestead. I'm a pretty decent bread baker, but there's always something to learn. We made a simple Levain Bread using Erik's starter instead of yeast. I was partnered with a wonderful young woman and her two friends with whom I immediately connected -- we all shared a similar sense of humor and had a lot of fun.


Next was jam-making with Kevin West. Kevin's blog Saving the Season has been a favorite of mine for quite some time, and he proved to be as adept a teacher as blogger. We made a delicious and simple pear jam with vanilla bean. He definitely de-mystified all aspects of canning, and I feel inspired to give it a whirl at home. 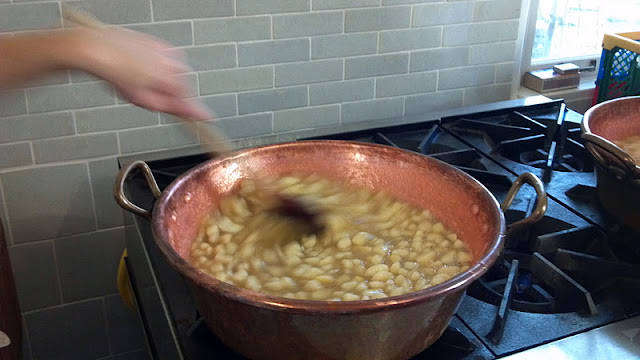 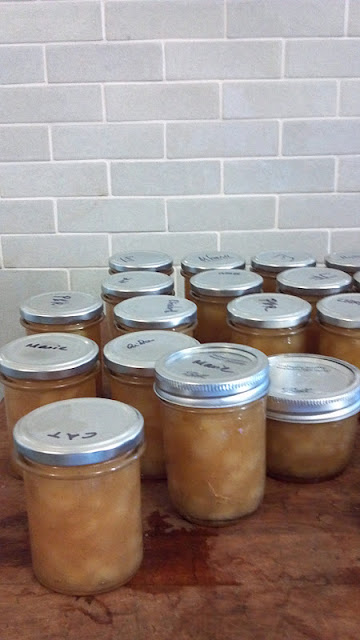 We made a handcrafted coarse mustard with Guinness Extra Stout beer and whole brown mustard seeds, flavored with red wine vinegar, kosher salt and various whole spices -- so much better than the stuff you buy at the grocery store. 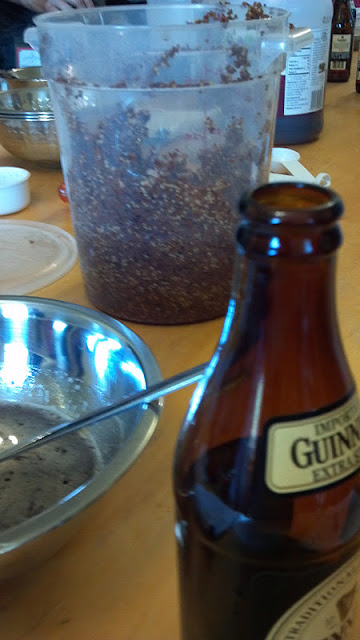 The couple who live in the Zane Grey house have goats and chickens and an extensive kitchen garden. We met all the goats and chickens, and I decided that while I aspire to be a homesteader, I'm a bit squeamish when it comes to the animals. I'm not going to apologize about that. I just don't really dig it. 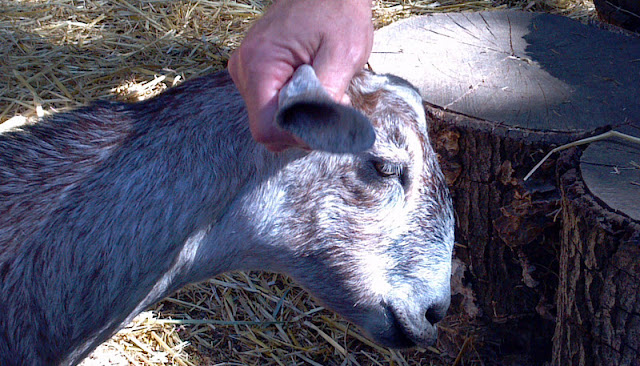 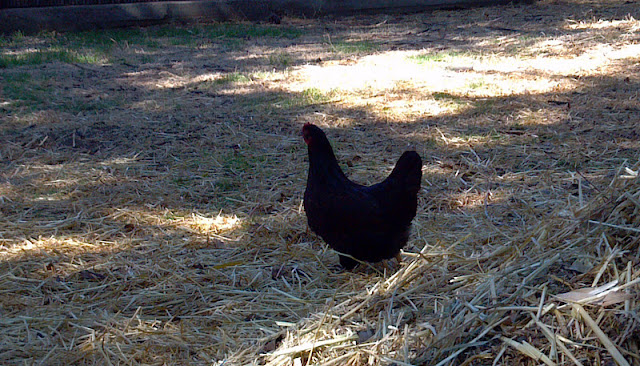 I do love goat cheese, though, and the next part of our day was making it. While the process takes quite a bit longer than we had, the Institute worked it so that we were able to see each step of the cheese process, beginning with a taste test of cow and goat milk. 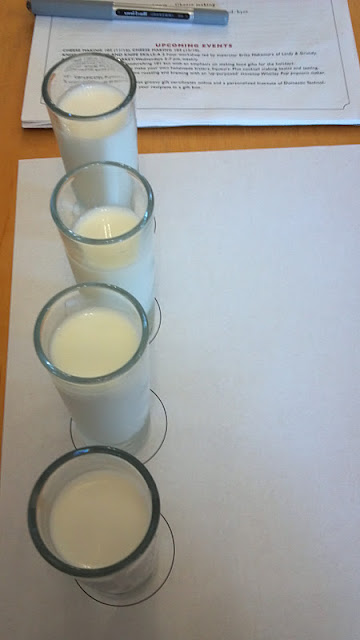 I have no problem with cheese, but milk-tasting makes me squeamish. I did it, though, and found that I actually liked the pasteurized goat's milk the best. The raw stuff tasted very sweet and grassy and was preferred by most everyone, but not me. It made damn good cheese though, just about the freshest tasting thing I'd ever had. 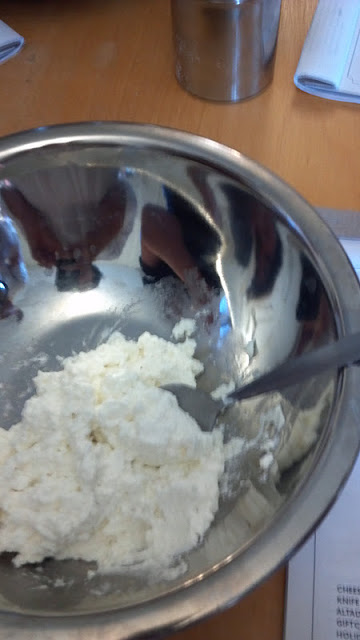 Even if you don't have goats in your backyard, you can buy a really nice-quality goat's milk at Trader Joe's and with the addition of rennet and a special bacteria, along with a high quality muslin, and 24 hours of time, you can make this yourself. A bit of this spread on some of the home-made bread and some pear jam? My god, it was good.

Here's some of their more aged goat cheese that we ate with the levain. 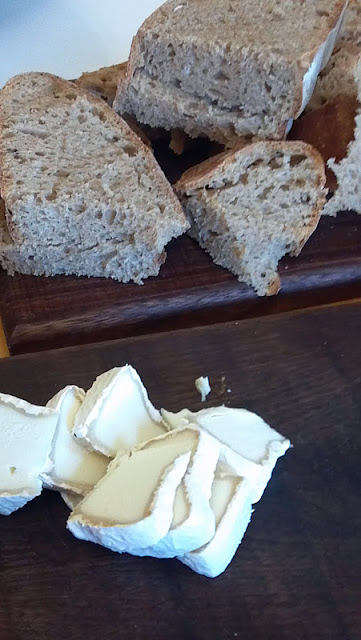 It was really a perfect day for me -- delicious food, lovely people and we brought home the delightful goods we'd made. I learned so much about artisanal food and was inspired to continue, as the Institute says, "rediscovering the future of home economics."
Posted by Elizabeth at 7:44 PM

Email ThisBlogThis!Share to TwitterShare to FacebookShare to Pinterest
Labels: Institute of Domestic Technology