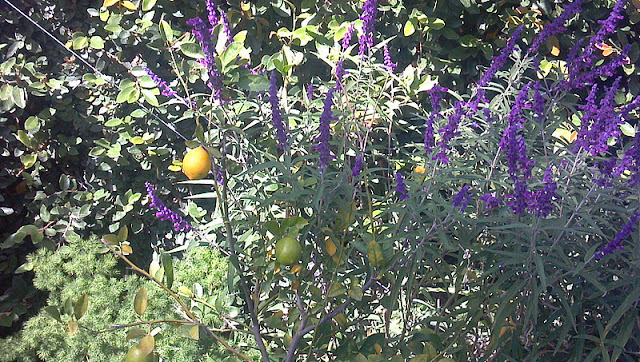 It's 2:00 in the afternoon, Pacific Coast Time, and I've had nothing to say here all day.

I woke up this morning, got my boys ready for school and out the door, dealt with Sophie and her 45-minute long cluster of spasms (I swear to God, the girl can seize for literally an hour and then sit right up and get on with her day) during which I alternately prayed, cursed, meditated and sipped coffee. That's how I do it. I then drove The Girl to school and felt enormous relief and a bit of guilt at how enormously relieved I felt that she was gone, out of my hands and into the very capable and far more cheerful ones of Renita, the Saint. When I got back home, I finished the dozens and dozens of cupcakes that I started making yesterday and last night, boxed them up, delivered some to The Husband's Mistress and then drove to Santa Monica to deliver to a client. The client's office was lined with giant posters of all the movies and television shows he had produced and the various Emmys and Golden Globes he had won. It was very impressive and since everyone who worked inside looked to be about sixteen years old, I didn't feel intimidated. After all, I'm a middle-aged baker with a husband who has A Mistress, a daughter who can have epileptic seizures every single day for over sixteen years and two sons who know baseball statistics but can't remember to feed the dog every morning, a dog who I took to the vet and who cost me approximately $349 in meds, shots and examination fees. What's there to be intimidated by?

Still, the sun is shining brightly in Los Angeles and my garden looks fantastic. I'm excited to see that the very last tomatoes look ripe, so as soon as I pick them, I'm ripping out that scraggly, ugly thing and planting Swiss Chard, Spinach and other delectable veggies. 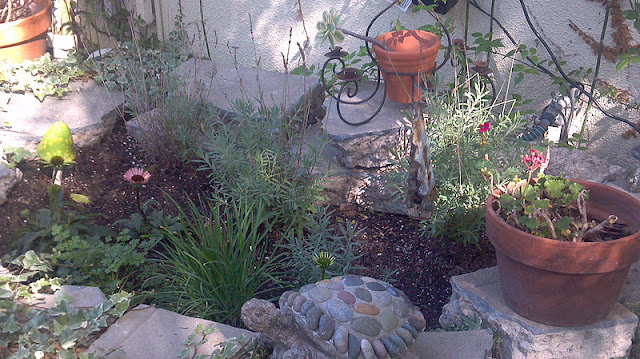 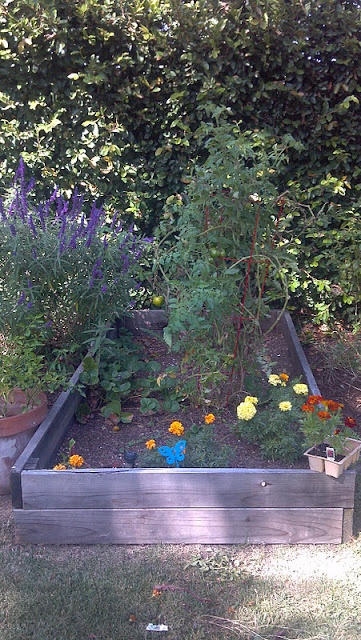 Posted by Elizabeth at 4:33 PM

Email ThisBlogThis!Share to TwitterShare to FacebookShare to Pinterest
Labels: a day in the life, cake baking business, cupcakes, flowers, gardening