Administrator of My Domain 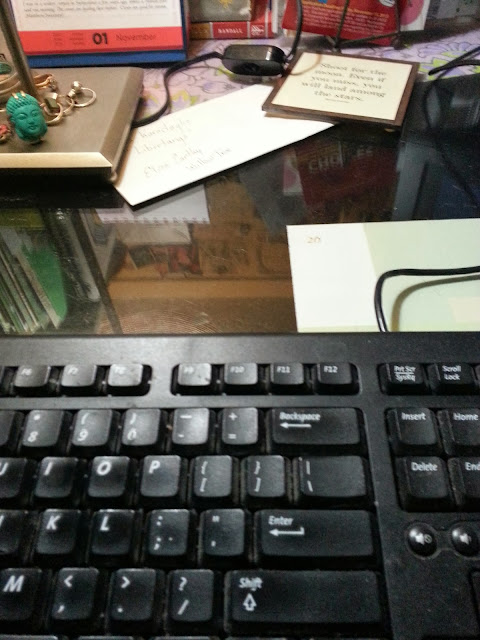 When I tried to log onto my computer yesterday afternoon, no matter how many times I tried, shutting down the thing, booting it back up, fiddling with settings, it wouldn't accept my administrator password. I have a PC, and since I can't jinx myself further, I'll confess that other than the periodic slowing that is easily remedied, I have never had a problem. I've heard people talk about those genius bars at Apple where ten year old wunderkinds play with your computer and restore it to its former appley glory, but I've never lost a single document or had a keyboard lock up or seen a black screen or watched a tiny pinprick of light disappear from the center of my humble Hewlett Packard Compaq Presario --until yesterday afternoon. I shut the thing down and went about my day, only returning and making another attempt at 10:00 last night. When the panic started rising (even though I have daily online back-ups and wouldn't, technically, lose anything), I called one of my computer maestro friends who walked me through a brief process that didn't do the trick so I resorted to calling my computer manufacturer and spoke for nearly an hour to a kind woman in the Philippines who walked me through another process that at one point had me tapping the F11 key on my keyboard while simultaneously turning on the computer. As soon as you turn on the computer, she said, begin tapping rapidly and constantly on the F11 key. As my modem is under my desk, I had first to crawl under it to turn it on and then maneuver my arm up and on top of the keyboard to reach the F11 key, all while listening to her patient, accented voice repeat Are you tapping rapidly and constantly? Are you tapping rapidly and constantly? I thought, briefly, that I was somehow being messed with, that surely tapping a key rapidly and constantly while talking to a person in the Philippines was not going to bring up my computer and allow me to log on as Administrator of My Domain. In retrospect, it reminds me of how when a dentist tells you something or that you need some procedure, you just nod your head and dumbly acquiesce. You'll need some work done right here, he'll say, tapping painfully on the edge of your tooth, I don't like the looks of that. Before you know it, you're lying back in the chair with a bib on and obediently opening your mouth to some stranger's ministrations. Soon after tapping rapidly and constantly the F11 key, though, my computer screen appeared, I typed my Administrator password into the flower icon box and then Sophie appeared, her mermaid dress, the ocean, the distant horizon and all the other parts of my Domain. I found myself sharing pleasantries with the woman from the Philippines who had so gently guided me, and unlike the dentist who performs an equally if not more important service, I felt compelled to express my gratitude by purchasing a year-long warranty package, in case it happened again.
Posted by Elizabeth at 9:38 AM