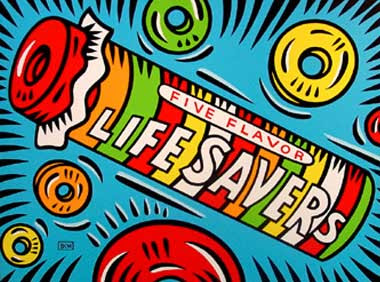 During the last two weeks I had the privilege of attending two amazing talks: one by Oliver Sacks, the esteemed neurologist, and the other David Sedaris, the humorist. People love to deride Los Angeles as a cultural wasteland, peopled only by the superficial. Some of those most vocal about it are my friends. But I'm a contrarian -- not only is the weather here absolutely PERFECT but you can find and do just about anything in the cultural sphere. And the shows are SOLD OUT, which means, to me, that there are many, many like-minded people.

Anyway, I've wanted to post about this for a while but other things got in the way. I guess that I'll start with Oliver Sacks, whose books and essays have excited and intrigued me for years. When I lived in New York, and Sophie was a little, little girl, I fantasized about calling him up in the Bronx and seeing if he'd talk to me about Sophie. I never, for a minute, imagined him diagnosing or curing or even healing Sophie -- what I imagined was his unique interpretation and maybe even appreciation of Sophie's brain, her existence as she really was. Because that's what I get from his books and that's what he spoke about last week.

I sat in the third row and looked up at him, the stereotypical neurologist, all tweed and greyish whitish hair. He was charming and funny and quirky, just as I'd imagined. He spoke mainly of the power of music in the world of neurology and spun tales of patients who had kept amazing facility for music despite severe insult and trauma to the brain. At one point he even said that music was essential, that real musical engagement can develop the brain and is not a luxury but a necessity. He also said that how it works is still a deep mystery. He answered questions about the afterlife (doesn't believe in it because it distracts from the here and now), and the distinction between mind and brain. He quoted from the philosopher Novalis that every disease is a musical problem.

And just in case you think I'm a GENIUS for remembering all of this verbatim, I discovered a use for the pesky "programs" that are always handed out. I took notes!

Two nights ago I heard David Sedaris speak at the same venue. This is about the third or fourth time that I've heard him and probably the best. I was literally bent over laughing. A small man with a sweet face and even sweeter demeanor, Sedaris' wit is so biting and often so crude that I looked around at some of the "older" folks and wondered if they were offended. He is completely irreverent with his jokes, and his essays are so well-constructed that despite their humor they can take your breath away when the end comes.

I'm grateful to have seen these two men -- grateful for one's sensitivity to the wonders of the brain and for the lifeline the other sends out to me in laughter.
Posted by Elizabeth at 10:47 AM