We drove home six hours last night, and I collapsed into bed after taking a shower that washed away the grime of sitting through three more lacrosse games in the burning sun up near San Jose. I have to say, though, that the trip was really, really fun. My dear friend Lisa and her son drove up with us, and Lisa and I both agreed that traveling together made it way more enjoyable than it might have been. We even shared a room in the hotel -- pretty hilarious to sleep in a queen-sized bed with your teen-aged son across from your best friend with hers! We slept like four logs.

Henry's team lost both games on the first day and won both games on the second day. During the second game on the first day, he got a few penalties for some infraction or another (as I've told you, I know nothing about the game) and had to kneel in what looked like penance on the sidelines for a few moments. I was sitting in the bleachers, under my green sunglasses and green hat, but I did overhear several of the parents from the other team grumbling about #30 and it's that #30 again!, etc., and felt both chagrined that my son was playing dirty, according to them, and defensive as he really wasn't. I nearly whipped off my glasses to hiss at them but instead squared my shoulders and took notes, in my mind.

This was the team that marched onto the field on the second day: 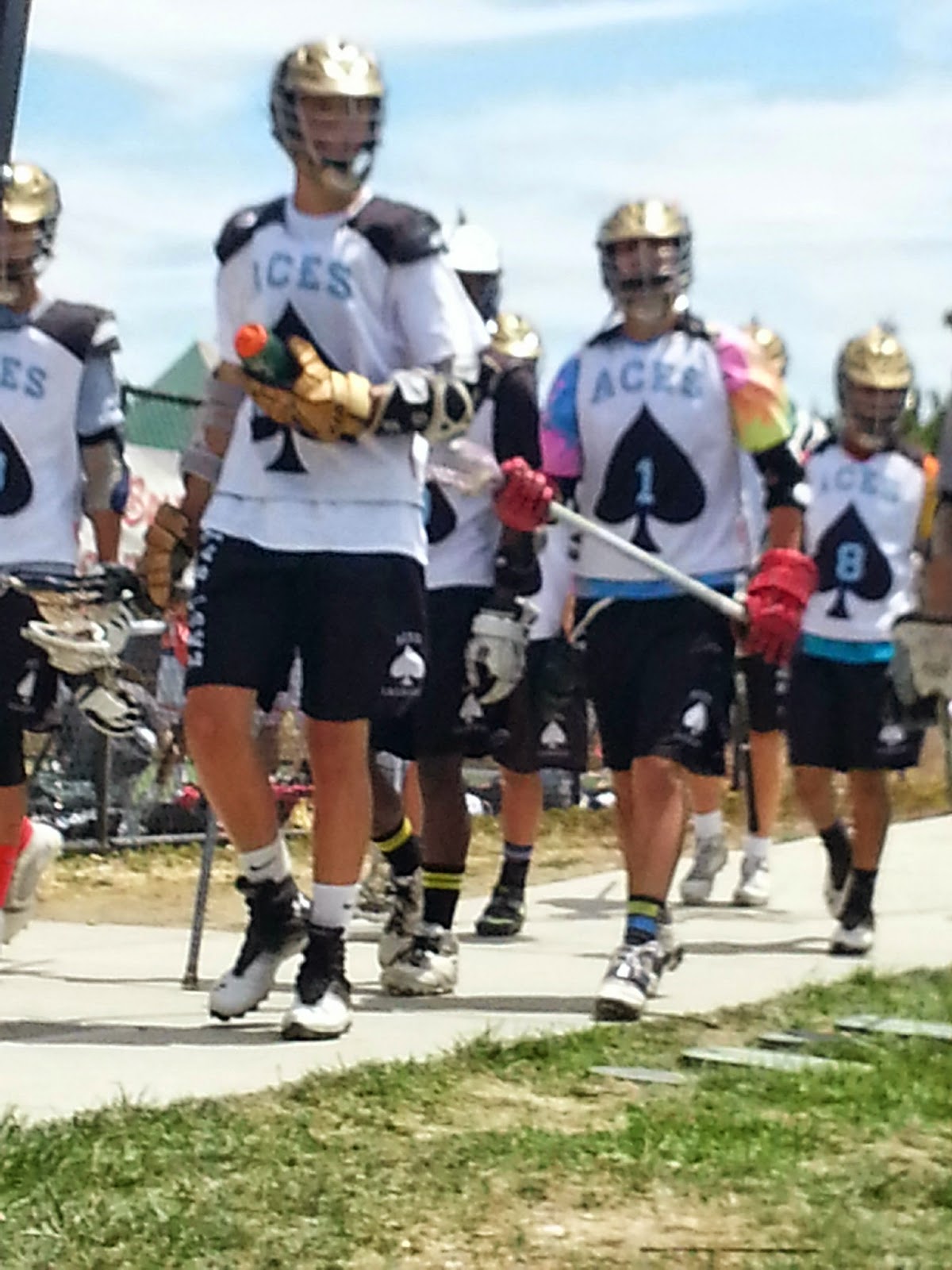 This was not Henry's team. These boys' had golden helmets that shone in the sun, and I could have sworn they were marching in lockstep. I posted the photo on Facebook and noted that they could have been either a team from Vegas or a team from the movie A Clockwork Orange. Someone commented that they looked like they were from Wonderland, but if you'd seen them in real life, you would have thought scaaaaaaary. Our team, discouraged from the day before's losses, thought they'd be slaughtered, but they rallied and won the game. I screamed in the stands, ya'll! My voice actually got hoarse! Lacrosse is really a beautiful game to watch and thankfully only one hour long. I probably won't ever learn the rules, but I am sort of excited that Henry has thrown himself in so completely. 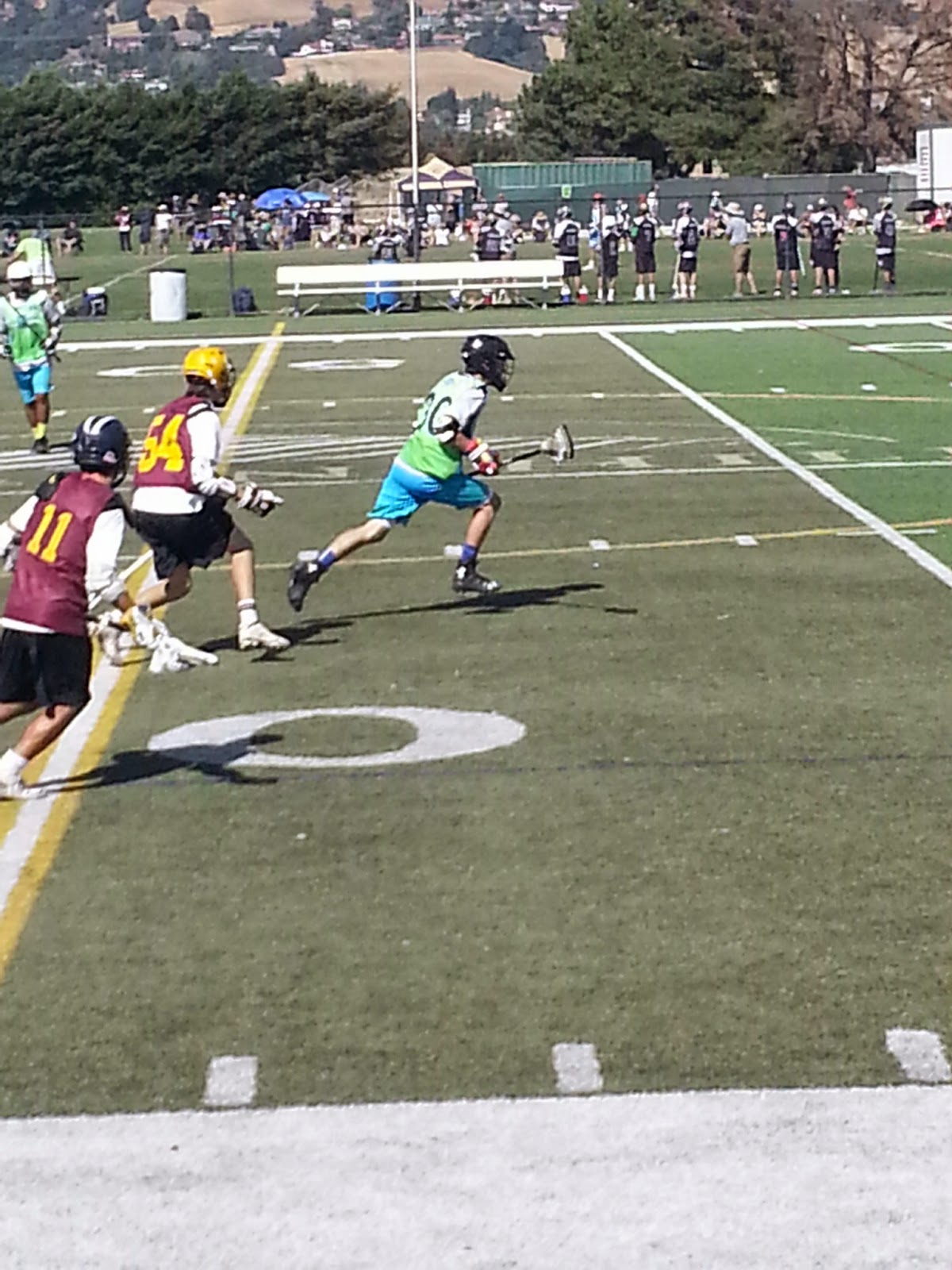 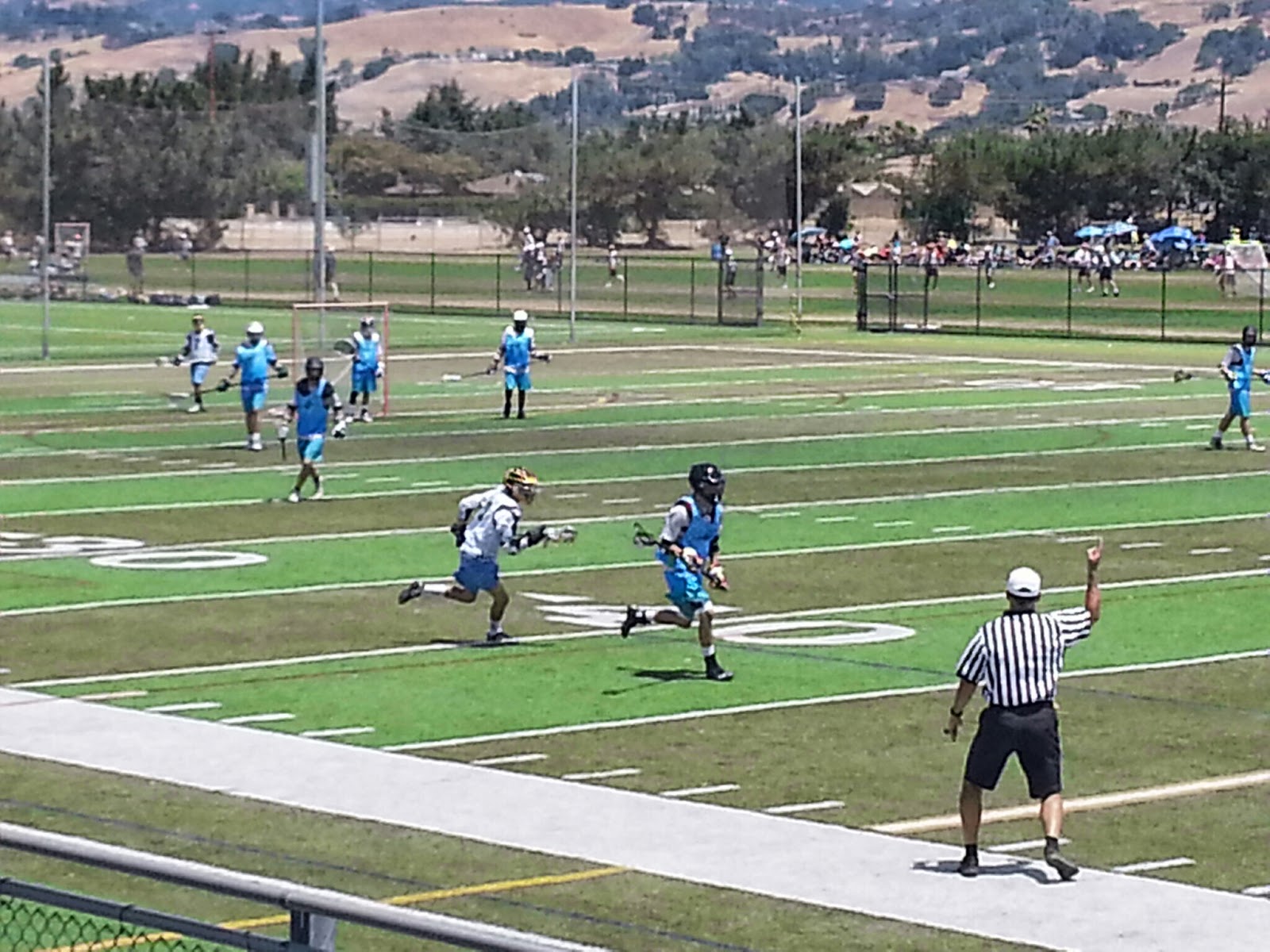 How was your weekend?
Posted by Elizabeth at 1:12 PM