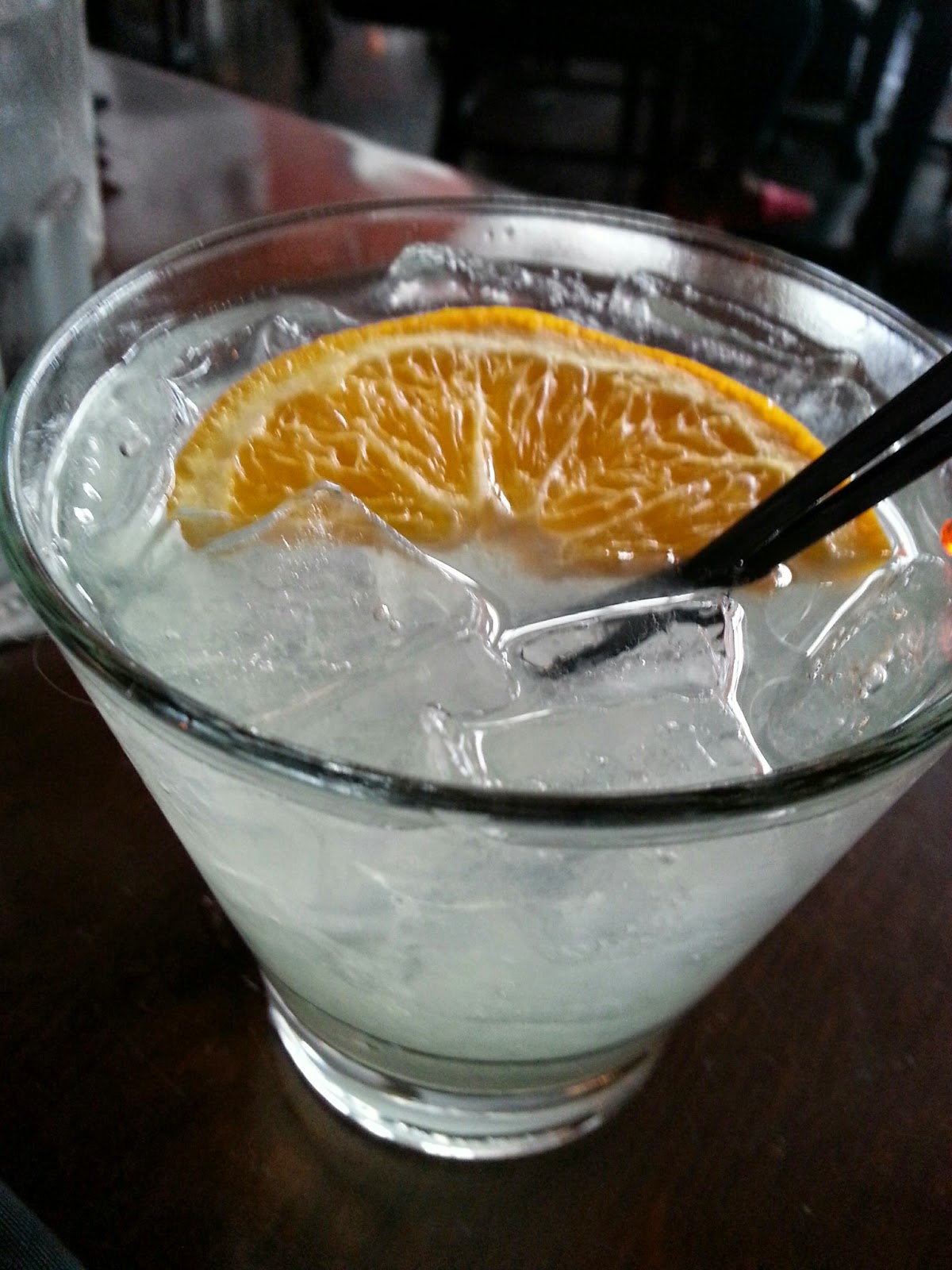 Last night I walked around the corner and met two girlfriends for happy hour. I had the above drink -- some spicy concoction of ginger beer, vodka and lime juice. I had two of those -- a rare second drink kind of evening. We also ordered food -- mussels, french fries, arugula salad with fennel and parmesan, a grilled artichoke with aioli and some seared tuna with a sesame crust and shaved raw zucchini. We sat and talked about the daily grind -- what it's all for, whether it's mid-life crises -- and speaking of, why the hell are we not in menopause, yet? We talked  about our children, The Teenagers, about social media and sexting and their curiosity about our own teenage and college years. When does all that start? my friend with younger children asked my other friend and me. We told her that it starts now, the curiosity, the questions. I told her that earlier that day at Target, as I perused the aisles with my older son who recently got his driver's permit and now believes himself to be mature, asked me, When's the last time you got drunk, Mom? He's been asking me questions like this a lot, lately, out of earshot of his younger brother but enough to make me realize that it's happening, he's getting older and curious and what I say is as important now as it's ever going to be. You know, Henry, I said, sometimes your questions are a little too personal, and I want to say that it's none of your business, but I actually haven't gotten drunk in so many years that I've forgotten. I was never a person who drank enough to get drunk. Maybe I had too much to drink in college every now and then, but the feeling the next day was horrible enough that I never really kept at it. I see that he literally digests what I say and chews on it. My friends and I agreed that it's more difficult today to be a teenager with social media, with the threat of complete and irrevocable exposure hanging over you. We agreed, too, that our children are so much more open with us than we were with our parents and that that's a good thing. We discussed our boys and the #YesAllWomen campaign, how nervous it all makes us. We agreed that the relative boldness and ease of young women today compared to when we were young was both positive and a tad scary. We agreed that our boys are both dopey and clever. We laughed a lot. After a few days of horrible news and attendant anxiety, much of it self-inflicted, I'd venture to say it was a healing night for me, that I'm somewhat righted -- shored up.

Onward, as one of my writing teachers used to say. Onward.
Posted by Elizabeth at 9:03 AM